Lisa Esson is an amazing volunteer who has held numerous fundraisers for the SPCA and walked dogs evacuated by wildfires in Prince George. We reached out to highlight her story for National Volunteer Week. Esson adores her rescue dog Butters and her two cats Joey and December. 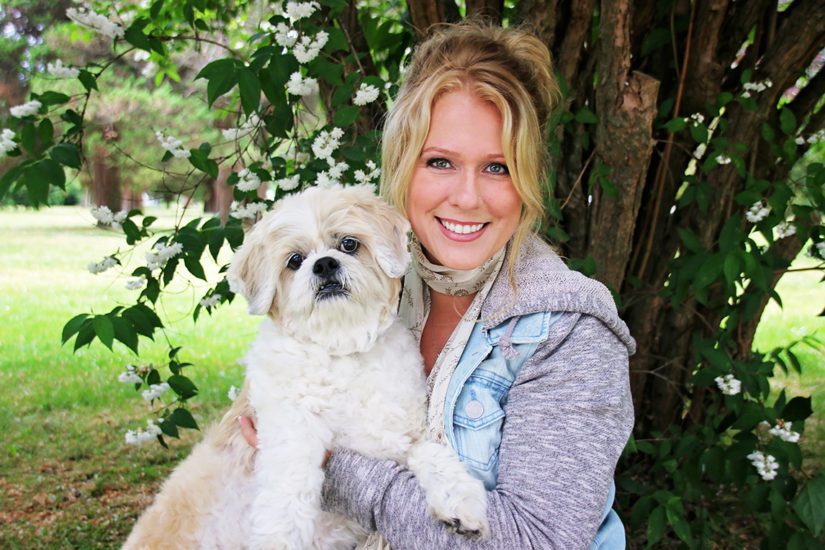 “I’ve always been an animal lover,” she says. “A couple of years ago I realized that I never got any fulfillment out of the jobs that I’d been doing my entire life. I got really sick, really depressed and the only thing that got me out of bed was to go fundraise for the SPCA.”

She’s crocheted cat ear toques, donated the proceeds to the SPCA and was one of the top fundraisers for Paws for a Cause. 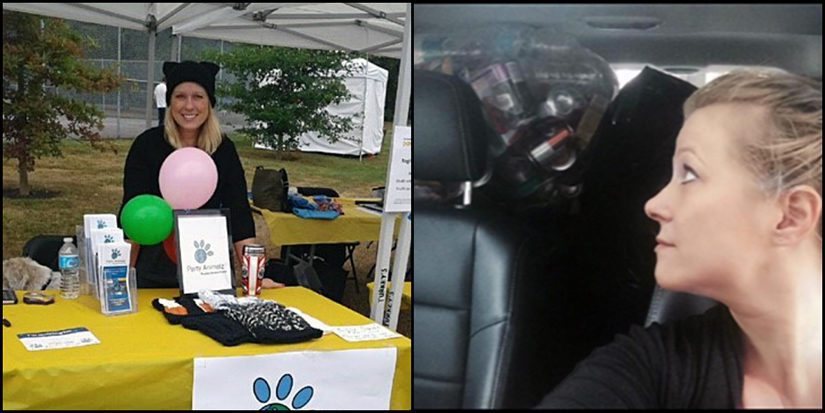 Esson started a successful bottle recycling fundraising initiative for the Surrey SPCA that continued on after she moved to Prince George in 2018 – right before a summer marked by terrible wildfires.

The 2018 wildfire season in B.C. was the worst on record prompting the provincial government to declare a state of emergency. Thousands were evacuated from their homes in communities across the province. In August, the wildfire smoke became so thick that it blocked out the sun’s rays causing the skies over Prince George to remain dark during the daytime.

Esson remembers that summer clearly. “It was awful. I had just moved here so I was like, ‘oh my god what did I get myself into?’ I just reached out to the SPCA and said ‘what can I do to help?’”

The Prince George SPCA took in a large number of dogs who had been temporarily placed in their care by families fleeing from the encroaching fires. Wildfire evacuees were staying in gymnasiums, hotels or other places where dogs were not allowed. 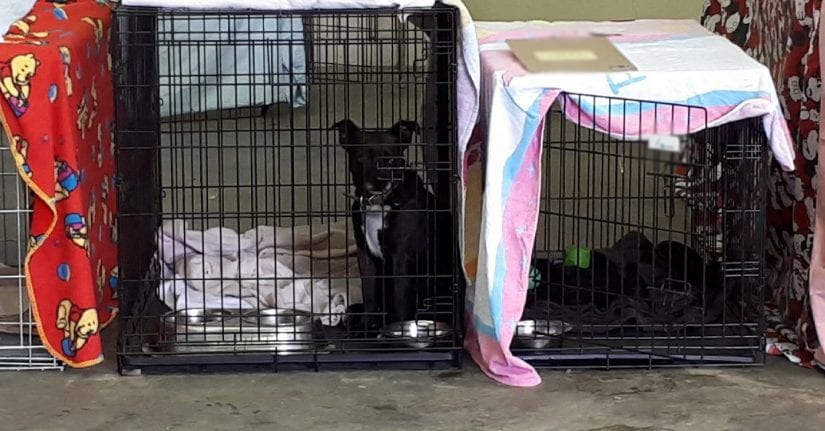 Esson walked up to 13 dogs a day. She gave them water, played with them in the park and sat with them in their kennels when they were feeling really scared and lonely. Most were larger breeds from further up north. These dogs had never walked on a leash before and were not familiar with cars.

“I love dogs but there was a lot of pulling involved because they didn’t know how to walk on a leash. I got quite the workout, my arms were sore. When I first started I got blisters on my feet because you’re walking so much and so fast,” she says.

There were so many dogs that they couldn’t all stay at the Prince George SPCA. An  Emergency Evacuation Centre was set up to house all of them. Over 40 volunteers travelled from other locations across the province to provide care, treatment and wellness to the animals that were directly impacted by evacuations.

Local businesses pitched in to prepare free food and coffee for all the hardworking volunteers. “It was really nice to see everybody pull together,” Esson says. 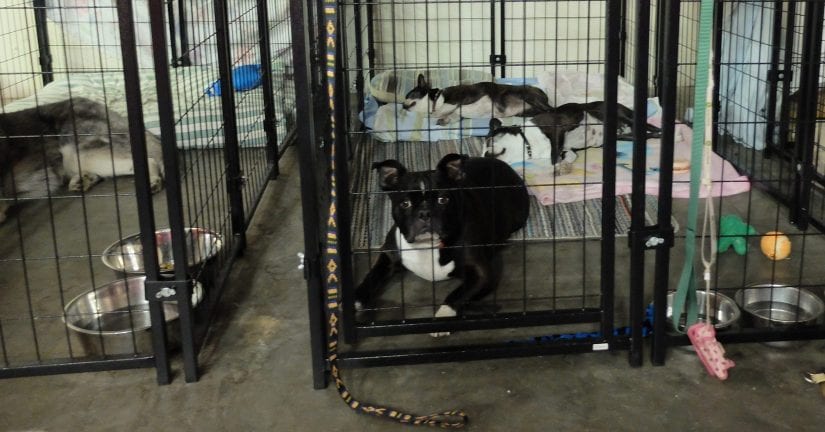 Firefighters battled the wildfires for months and made steady progress. People were eventually allowed to return to their homes and be reunited with their pets.

“I saw one girl come to see her dog and it had been awhile. Her dog was in one of the outside pens. She walked in and ran to the dog. This girl was crying and sat on the floor. Her dog was jumping all over her and licking her,” she says.

Esson wonders what people would have done with their pets if the SPCA wasn’t there to take them in. She can’t imagine ever being separated from her dog. 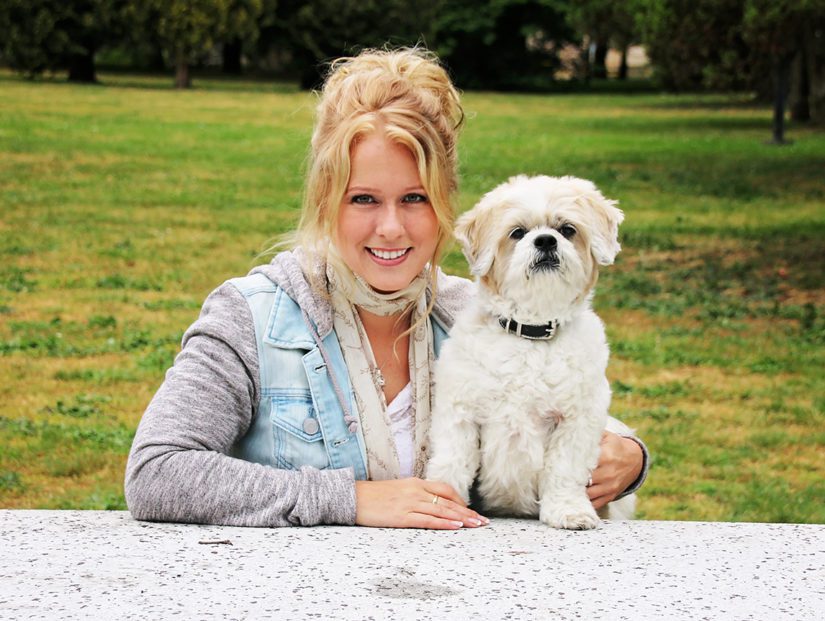 Her love for animals motivated her to become a vegan and has completely changed her outlook on life.

“It makes me sick that animals are being abused and neglected. Volunteering with the SPCA makes me feel like I have a purpose.” 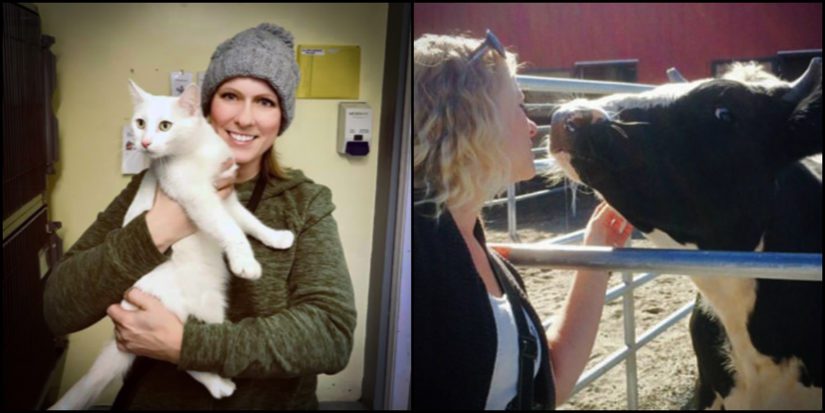 The SPCA’s adoption centers are primary staffed by volunteers who are scheduled daily for various shifts to provide care, cleaning, customer service, training, humane education and advocacy. These centers thrive because of their volunteer teams and clearly demonstrate how each person can help make a significant change.

Find out more about how to become an SPCA volunteer.