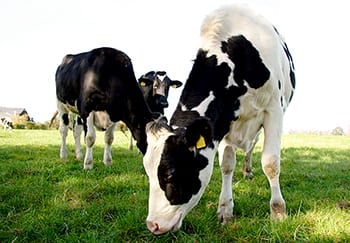 Earlier this year, an animal cruelty investigation involving a Chilliwack dairy farm led to the BC SPCA recommending charges under B.C.’s Prevention of Cruelty to Animals Act, as well as the Criminal Code of Canada. The BC SPCA has also made a formal recommendation to the provincial government that animal care standards for dairy cattle be included as regulations to the PCA Act.

“There is a weakness in the current legislation, which does not clearly define ‘generally accepted practices’ for animal management on farms,” says Geoff Urton, BC SPCA manager of stakeholder relations and farm animal welfare expert. “We believe that the industry-accepted standards for animal care – the Canadian Code of Practice for the Care and Handling of Farm Animals – should be referenced in B.C.’s Prevention of Cruelty to Animals Act. This will provide greater protection for animals, as well as greater clarity for farmers and producers about acceptable standards of care.”

“By writing to the Minister of Agriculture and to your MLA, you can help ensure that B.C.’s animal protection laws are among the strongest in Canada,” Urton notes. “Five other provinces have already taken this step, and now it’s time for B.C. to join them, or risk falling behind in its animal protection system.”

Take action now! Write to the Minister of Agriculture and your MLA to let them know you want to see standards of care for all farm animals adopted into B.C.’s animal cruelty legislation.