She was the last husky to be adopted. Koa, formerly Akira, was one of four adult dogs and seventeen puppies living without protection from the elements who were rescued in Dec. 2019 when a good Samaritan contacted the BC SPCA about their living conditions.

“Akira, now Koa, came to us on the last day of 2019,” says Sean Hogan, branch manager, Kelowna BC SPCA.  “She was pregnant and gave birth to six gorgeous pups on January 9. She was a great mom who watched each of her pups get homes before her.” 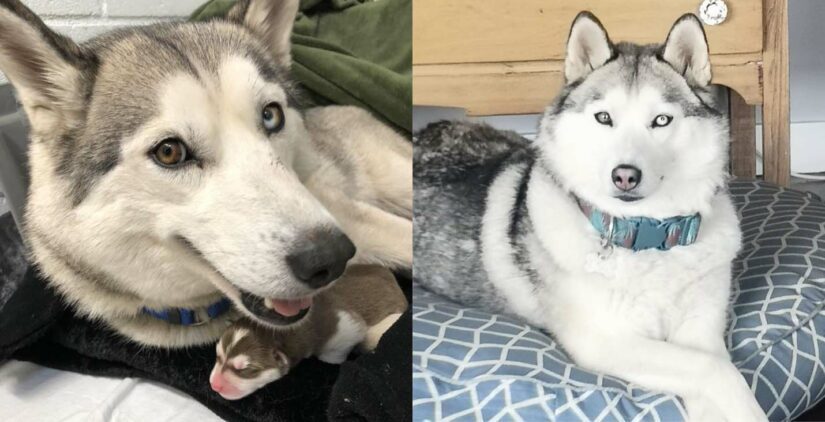 Fast forward two years and Koa is thriving in her forever home with her brother Kiba, a 14-year-old mixed breed and her sister Astra, a St. Bernard mastiff cross rescue that Koa’s forever family adopted as a puppy. She also shares the home with two cats, Nini and Zizi who are sister rescues.

But it took some time for Koa to trust people. “She definitely bonds with dogs more quickly than people,” says Clara. “The first year we had Koa, she would flinch when someone raised their hand. Now she lets people pet her, lift her up. She still gets a bit nervous but catches herself and remembers that we are not going to hurt her.”

Clara says that the relationship that formed between Koa and Astra was mutually beneficial. Koa played a mother role to Astra, and Astra’s type A puppy personality brought Koa out of her shell and helped her bond with the family. “We knew Koa was starting to heal emotionally when one day out of the blue, she came into my daughter’s room and jumped on her bed with her.” 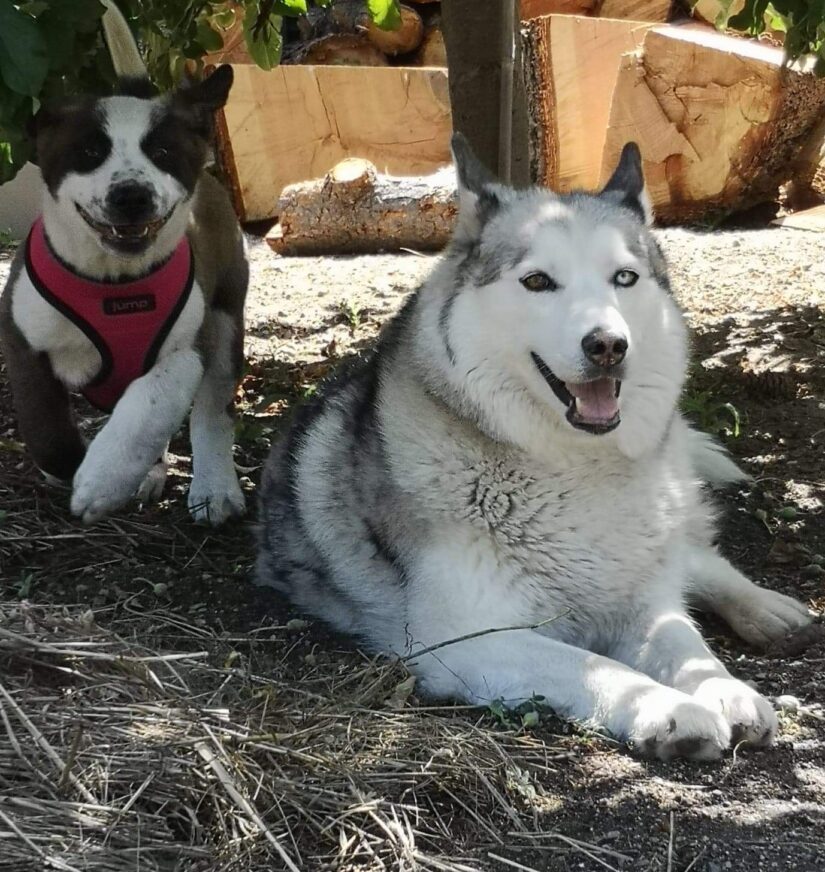 Koa is a little different than other huskies in that she isn’t super vocal. But one thing will make her sing and that is exercise. Every day when she gets home from work, Clara takes the three dogs for a long run. They will all sit on the deck waiting for her to arrive. Once Koa sees Clara she sings loudly until they leave. She doesn’t do it again until the next time they go for a run. “The deck just starts shaking when Koa, Kiba and Astra see my car pull into the driveway. It doesn’t matter how cold or wet it is, they just love to run.”

Clara is so glad they got a chance to bring Koa into their home and their lives and encourages everyone to consider adopting older dogs. “Everyone rushed to adopt one of the seventeen husky puppies, but we couldn’t be happier with our beautiful dog we named Koa because it means warrior. Koa is just the strongest dog. She proves to everyone that you can be living the worst time of your life but if you just keep moving forward you can get out of it.