Last December RCMP and animal control officers responded to a complaint and found 17 husky puppies living outside in the cold and snow on a property located in the Interior. The owner surrendered the animals to animal control who held them overnight before transferring the dogs to the local BC SPCA branch on Christmas Eve.

At the time, BC SPCA chief prevention and enforcement officer Marcie Moriarty said it was a “true Christmas miracle” that the puppies were saved from neglect and brought in from the cold.

A naming contest for the puppies was held earlier this year while they were awaiting adoption with the public voting on a Northern God theme. Soon after, all 17 puppies found their loving furever homes, and we’re happy to report they are happy and healthy. Thankfully, this Christmas looks a lot different for these adorable dogs. 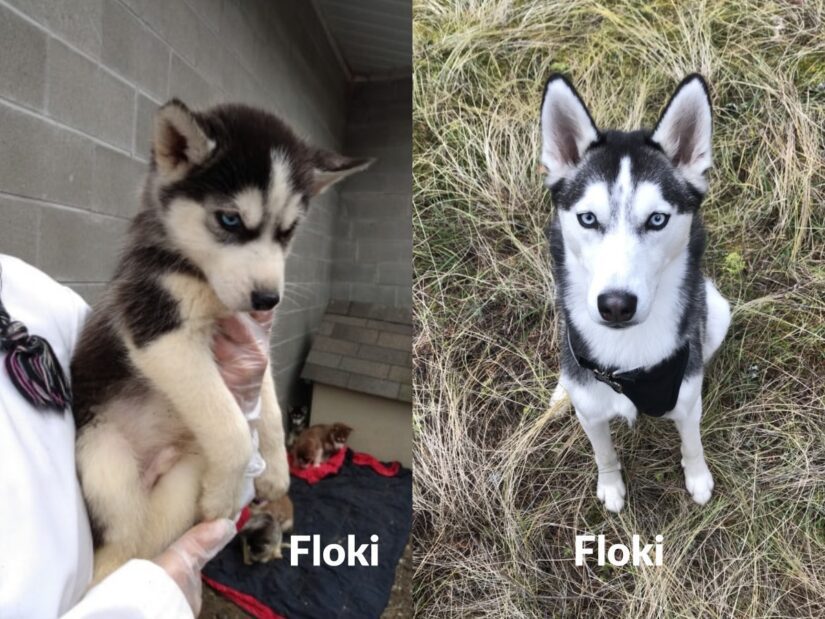 Floki, originally named Inooka, was adopted by Louise Gillies and her family. According to Gillies, Floki was a Norwegian explorer who sailed to Iceland. “He was also a jokester and so I thought the name suited him.” Floki lives with his big brother Bo in Logan Lake and are “loved dearly” by his mom and dad.  “We’ve got three beds in our house but his favourite is the couch.” 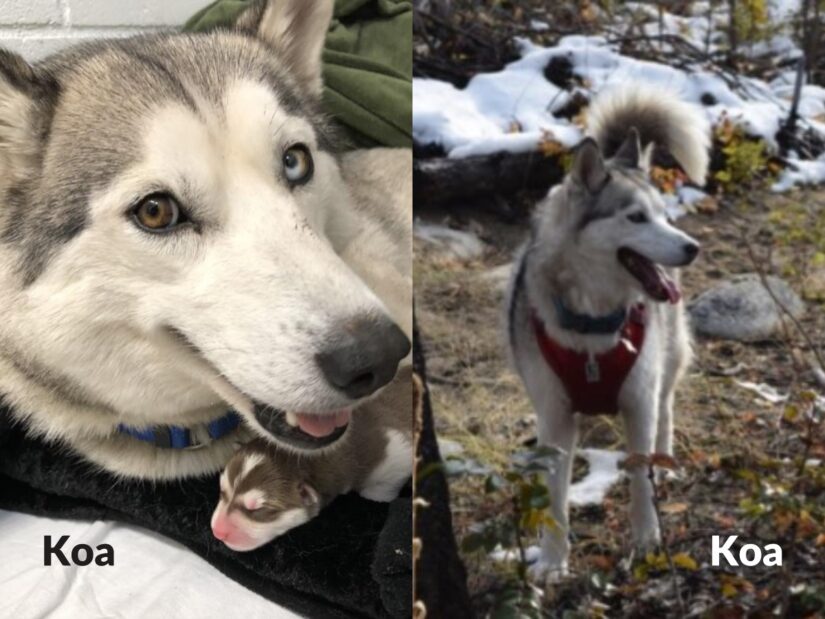 In spring of 2020 David Marshall and his family took in Koa (a.k.a. Akira), one of the mothers. Now, “Koa has learned to be a pack member with both her dog and human family,” says Marshall. “We named her Koa because it stands for warrior and she is such a warrior to have made it this far. She has brought sunshine into our home, reminding us every day with her wonderful smile to be grateful for what we have. We are keeping her for life.” 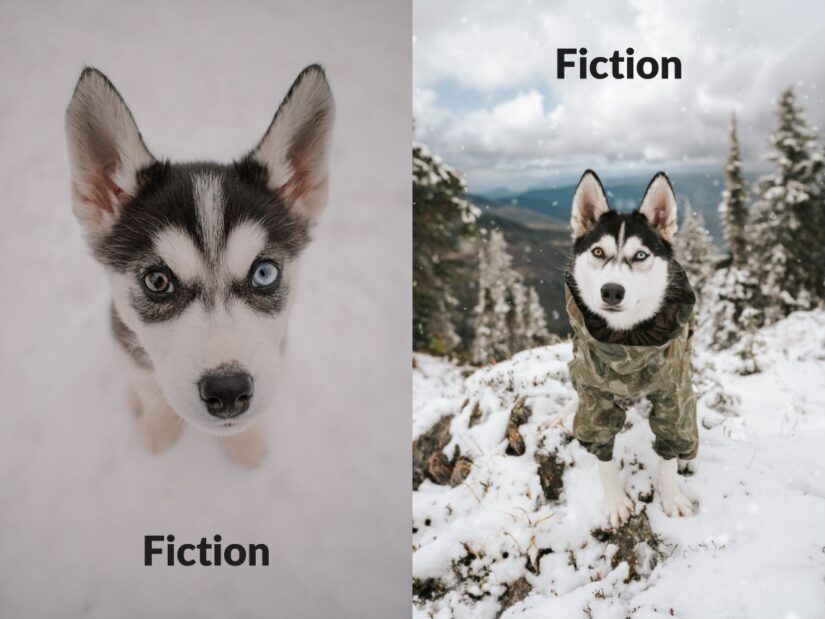 Gabrielle Poon says Fiction, formerly Amka, is the perfect fit for their family! “She loves playing with her big brothers, Cricket (a Shiba Inu) and Facts (Siberian husky).”

She has attended rally, obedience, and agility classes and, according to Poon, has done remarkably well for such a young pup. “She is eager to please and gets excited whenever she sees the training equipment pulled out. She loves hiking and had her first overnight hiking trip in October! She is such sweet little dog and has so much love to give. We’re delighted to have Fiction as a member of our family!” 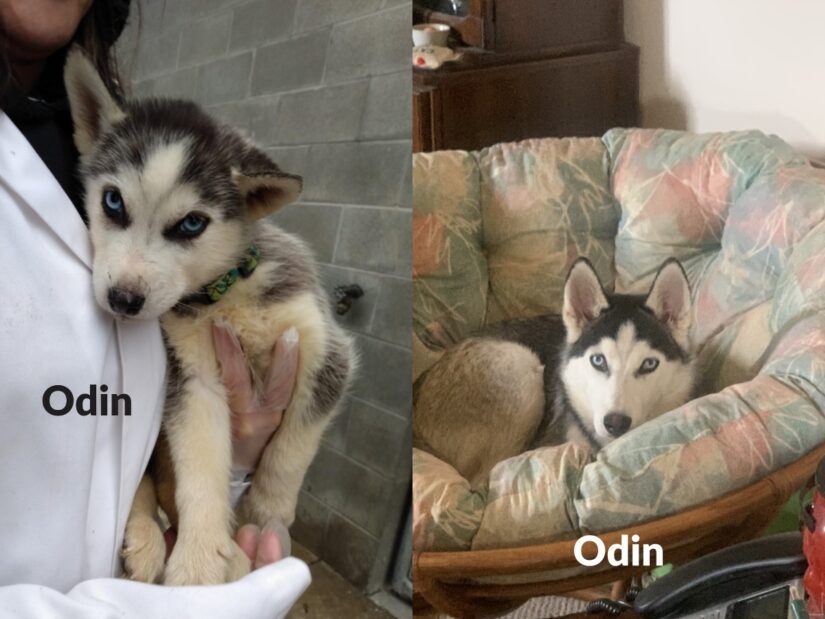 Odin, a.k.a. Arctic, “has changed so much in the time since arriving in February and his personality blooms daily,” says his guardian, Elaina Grant. “He has figured out how to give us a definite ‘yes’ answer by an air mouth snap.” He enjoys swimming at the local lake and going for walks.

“Although he is still small, I believe he will continue to grow throughout the coming year,” says Grant. 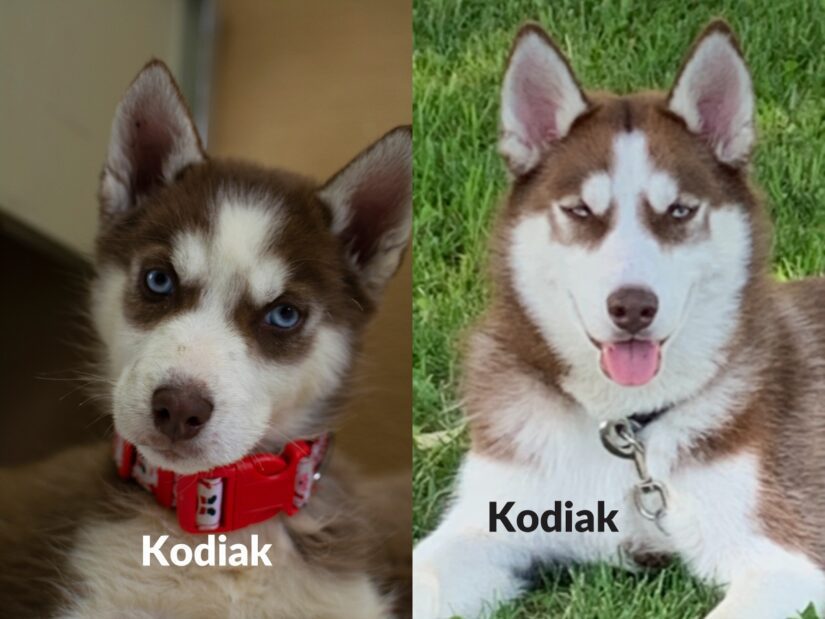 Kodiak, formerly Alaska, “has a strong opinion about everything,” says his pet guardian Sheila William. “Like a true husky, he’s always looking for something to get into.” He’s come a long way from when the family first adopted him.  “Kodiak was very aloof when we adopted him and he didn’t really like attention, but now he has to have his evening snuggle with mom and is everyone’s best friend.” Including his big brother, fellow husky, Nanuq. 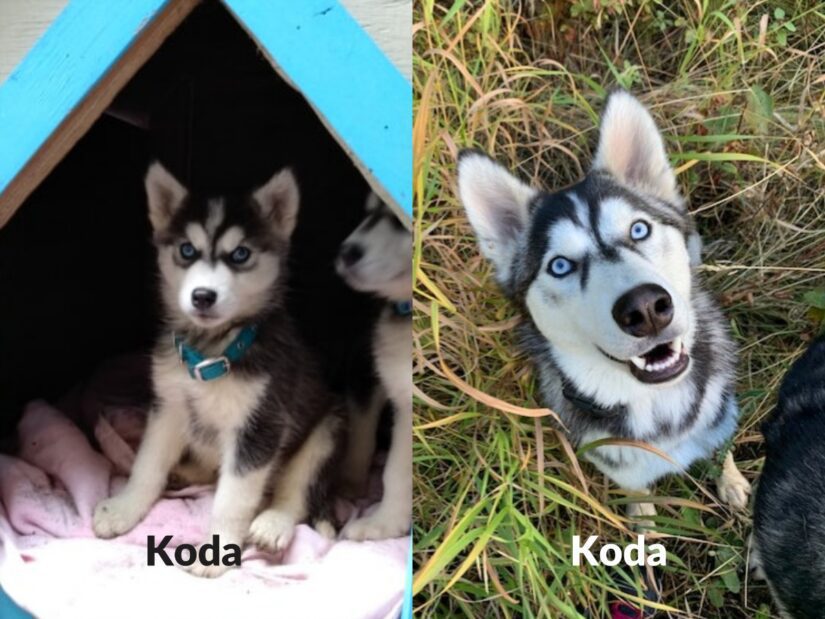 Koda, previously Kallak, was “a scared and nervous puppy” when Cassidy Lidstone and family first adopted him. But, now “He has transformed into a happy, loving, hilarious dog,” she says. “He has a big personality and provides me with no shortage of entertainment and laughs,” says Lidstone who adds that Koda “loves playing and cuddling with his older husky brother, Denali more than anything.  We are so thankful to have him a part of our family.”