The BC SPCA is launching a new spay/neuter grant competition that will help communities across British Columbia address the tragedy of pet overpopulation. Through a $75,000 legacy from a compassionate BC SPCA donor who was concerned about the suffering of homeless cats, the SPCA will be distributing grants of $2,500, $5,000 and $7,500 to municipalities …

END_OF_DOCUMENT_TOKEN_TO_BE_REPLACED

The BC SPCA has recommended charges to crown counsel in the case of Captain, a two-year-old German shepherd rescued from a dumpster in Vancouver that subsequently died on July 19. The recommendation is that the person responsible for Captain’s injuries be charged with causing unnecessary suffering pursuant to section 445.1(1)(a) of the criminal code and …

END_OF_DOCUMENT_TOKEN_TO_BE_REPLACED

A Victoria woman whose cat died after suffering from heavy flea infestation has been charged with animal cruelty under both the Criminal Code and the Prevention of Cruelty to Animals Act. Maureen Silva makes her first court appearance on Aug. 29. A veterinarian was called to attend Ms. Silva’s three-year-old Persian cat Princess earlier this …

END_OF_DOCUMENT_TOKEN_TO_BE_REPLACED

Craig Daniell, chief executive officer of The B.C. Society for the Prevention of Cruelty to Animals and other top BC SPCA officials will be in Powell River on Wednesday, July 25 for a sod-turning ceremony for the region’s first-ever SPCA community animal centre. Construction of the new facility at 7558 Duncan Street begins this month …

END_OF_DOCUMENT_TOKEN_TO_BE_REPLACED

BC SPCA officials announced today that necropsies conducted by internationally known forensic veterinarian Dr. Melinda Merck on the remains of mutilated cats and other animals found in the Lower Mainland, have determined the animals were victims of predator attack. Initial findings from pathologists and veterinarians, combined with the unusual placement of the bodies, had raised …

END_OF_DOCUMENT_TOKEN_TO_BE_REPLACED

A BC SPCA investigation is under way into the death of a horse who was humanely euthanized by RCMP officials in Keremeos on June 5. The horse had collapsed and was deemed to be in critical condition. “On June 6 our constables were alerted to allegations that the horse may have been beaten. We immediately …

END_OF_DOCUMENT_TOKEN_TO_BE_REPLACED 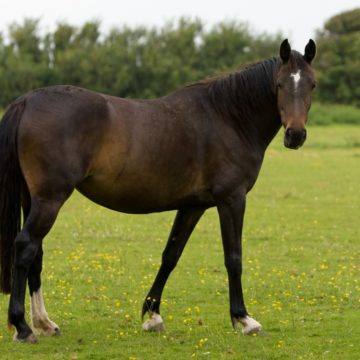