Onyx was shot by a pellet gun in February and the injury was so severe that the cat’s right front leg had to be amputated. The young tabby went on to make a full recovery and was adopted by a loving family. We are sharing his inspiring story today in honour of National Specially-abled Pets Day because animals like Onyx make wonderful pets and deserve to find a loving home. 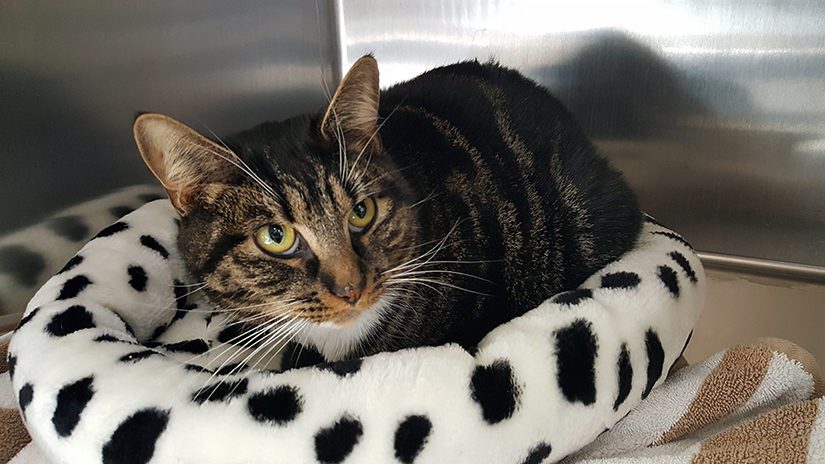 Onyx was surrendered to the SPCA with a broken humerus, a pellet and shrapnel lodged in his right front leg. When people heard what had happened to this poor cat they wanted to help and donated to fully cover Onyx’s medical costs. 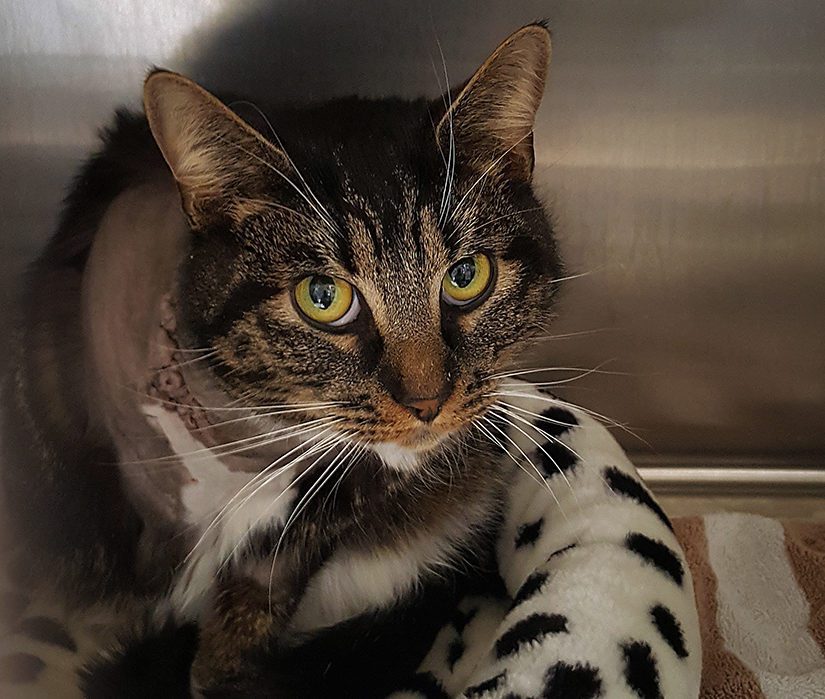 The Parksville-Qualicum Beach & District SPCA reached out to their small animal volunteer Jacqueline Poier to see if she could offer an emergency foster home for the two-year-old tabby. Poier agreed and was ready for an angry or fearful cat who would be distrustful of humans after being shot by one. Instead, she met “the sweetest boy ever” and prepared her home to accommodate a three-legged cat.

“I rearranged all the furniture to have steps for him to get up; had to move my poor pet rats to the bathroom so he would stop staring at them like they were food and my hilarious deaf 17-year-old dog gave this defenseless little three-legged cat a very wide berth on his road to hobble recovery,” she says. 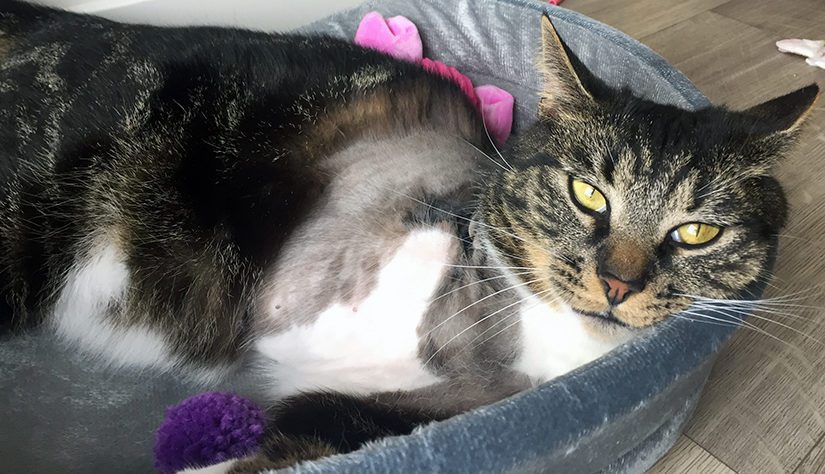 Over the next two weeks Poier taught Onyx to walk, jump and use a litter box on his three legs with patience, love, lots of play and cuddles. When the tabby was ready to go up for adoption she started to worry about what kind of home he would find. “I was scared and sad someone would hurt him again. Homes with children and dogs were not an option for this special Mr. Man.” 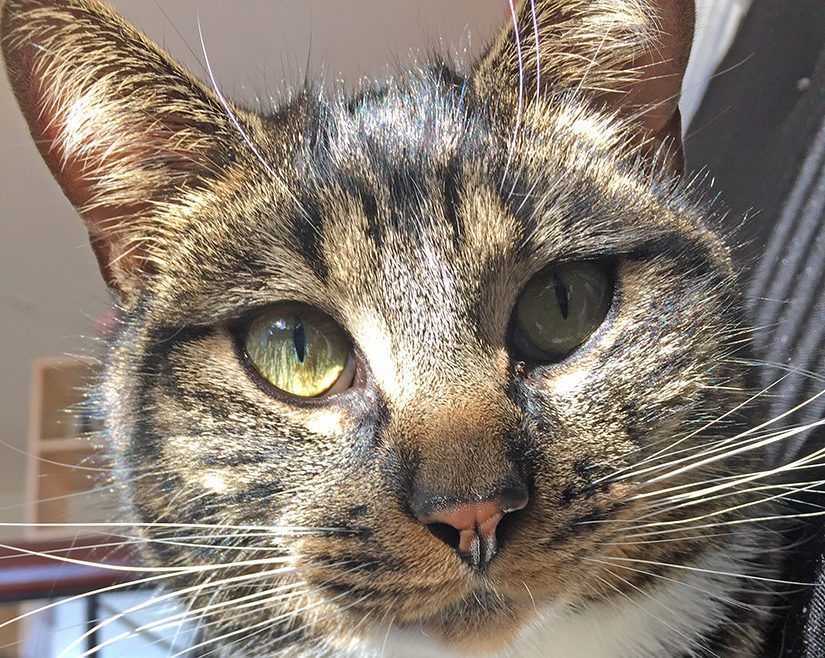 Luckily, her daughter had met Onyx while he was recovering in foster care and fell in love. There were two homes on the waitlist ahead of her daughter to adopt the tabby, but both bowed out. Onyx, now called Ollie, went home with Desarae Poier.

“Ollie is an energetic, goofy little love bug who doesn’t let his missing leg prevent him from acting like every other cat. He loves watching the birds from the window, enjoying the fresh air on the patio, and will demolish a feather in two minutes flat. His biggest worry is deciding which bed he is going to sleep on, because he has two mommies who love him very much.

Once he gets used to his harness, Ollie will spend his days camping, hiking and picnicking with us, as he loves to be outside! Ollie was a part of our family as soon as he hobbled into our lives and we can’t wait for many more years of love to come.”

Jacqueline Poier is thrilled that she will get the chance to see her foster baby grow up and thrive. “He is spoiled rotten, will be loved and coddled for the next 20 years and gramma/foster mom gets sleepovers whenever she wants!!” 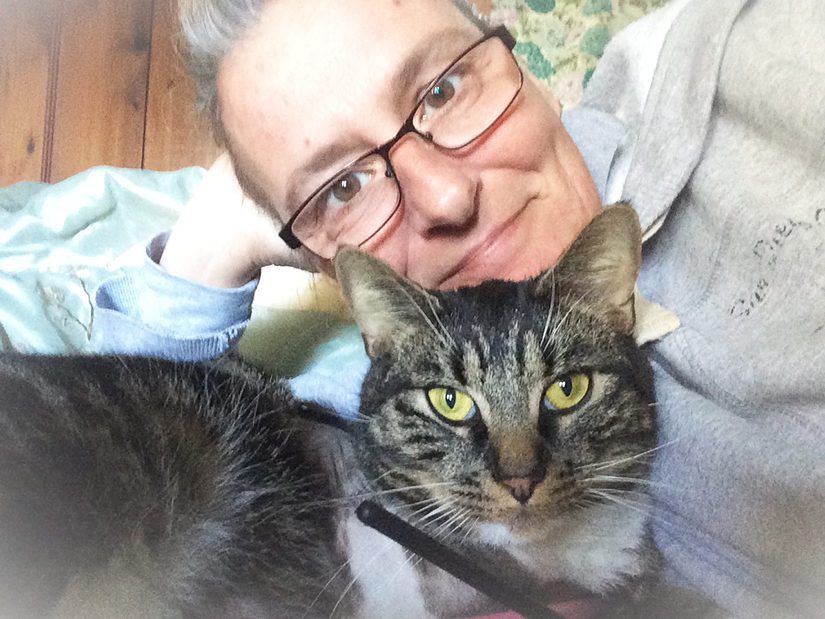 Ollie is a survivor who doesn’t blame all humans for the actions of the few that hurt him and let him down. He won’t let the loss of his leg or anything else stop him from living his best life with his new loving family. 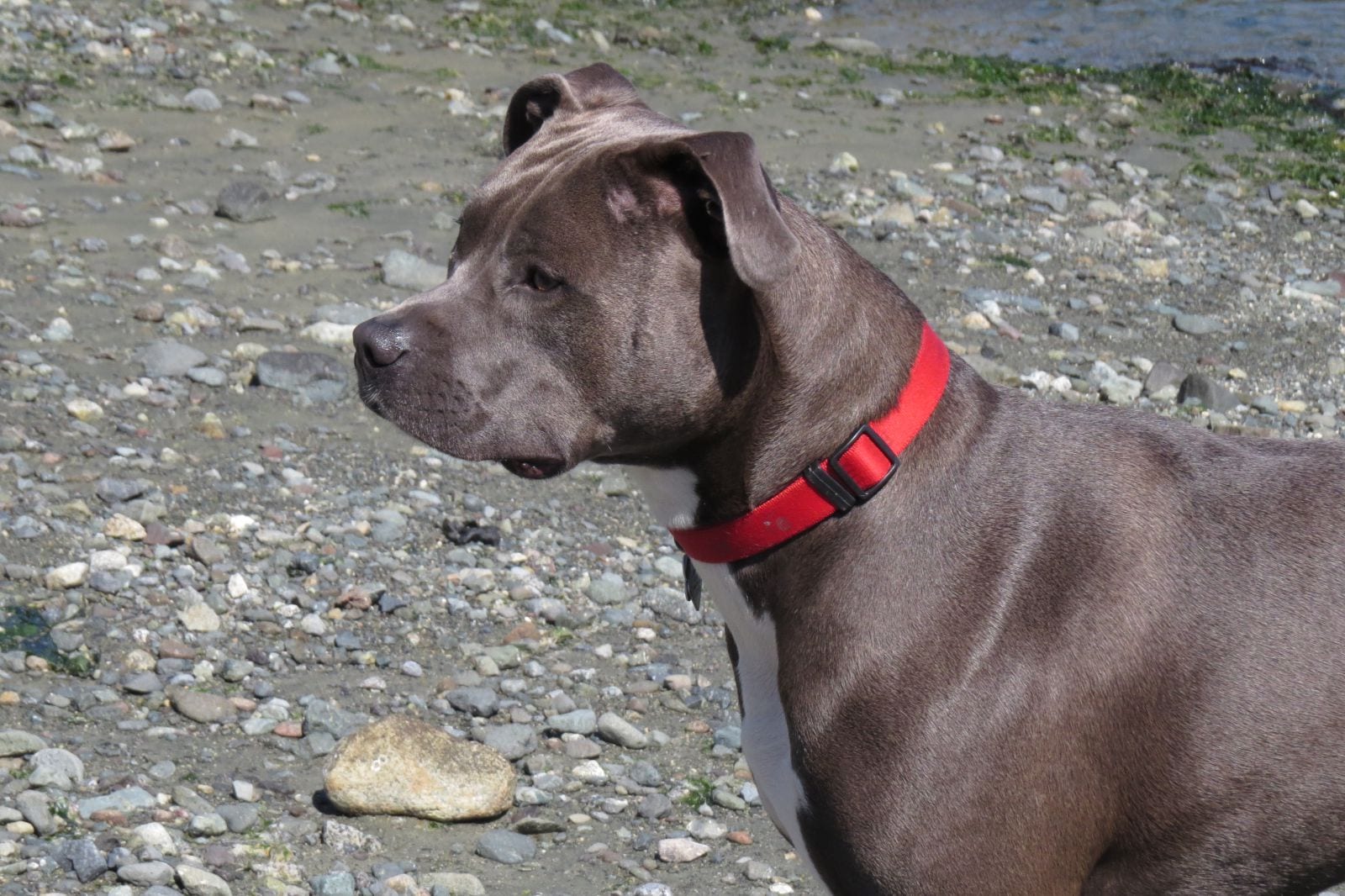