What type of music do your pets enjoy? - BC SPCA

Now that many pet guardians are spending the majority of their time at home, it’s probably common for you to turn on your favourite playlist to enjoy throughout the day. And since your pet is home with you, they have no choice but to put up with your (potentially questionable) taste in music. But if your pets could speak, would they have a preference on the type of music you play? Would they tell you to select something more upbeat or something a little more mellow? Or do they even care?

It turns out the enjoyment of music isn’t a unique human experience. Recent and ongoing research shows that animals have their own preferences for music, specifically tunes that use pitches, tones, and tempos that are familiar to their particular species.

Curious to know what relaxes your dog and jazzes up your cat? Read on for more.

Not surprisingly cats are pretty fussy when it comes to music. According to a study published in the journal Applied Animal Behaviour Science, researchers found that cats do in fact enjoy music — as long as it’s music they like. While they don’t care much for “human music,” when it comes to music that’s designed for them, they’re all ears. In the study conducted (no pun intended) by Charles Snowden, a psychologist at the University of Wisconsin-Madison, along with composer David Teie and psychology student Megan Savage, it was discovered that cats prefer to listen to the music composed in a frequency range and tempo that matches their own vocalizations as well as tempos and tones that mimic purrs, bird chirps and even nursing suckling sounds.

According to Smithsonian Magazine, the researchers recognized whether a cat responded to the music by how much they purred, rubbed against speakers, and turned their head toward the source of music.

As a result of the study, Teie created music developed for feline ears.

If you’re curious if there’s any benefit to cats listening to music, a study from the Louisiana State University School of Veterinary Medicine found that “cat-specific music may benefit cats by decreasing the stress levels and increasing the quality of care in veterinary clinical settings.” 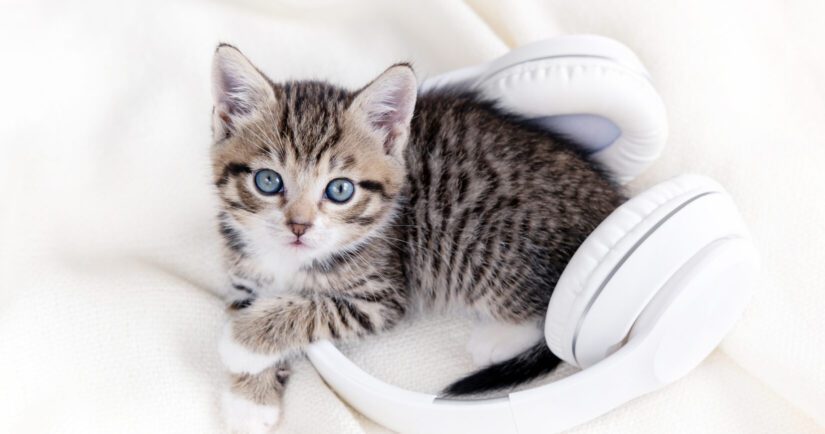 What type of music do dogs prefer?

Because dog breeds vary in size, vocal range, and heart rate, it can be a little tricky to pin point one type of sound they might all prefer, but some do stand out. According to an interview with Live Science, Snowdon said that larger dog breeds, like Labradors or mastiffs, might be more responsive to music in our human frequency range since they have vocal ranges that are similar to those of adult male humans.

Separately, in a study led by Deborah Wells, a psychologist at Queen’s University Belfast, 50 shelter dogs were exposed to five types of audio: human conversation, classical music, heavy metal, pop, and a control. The result? Dogs behaved differently in response to different types of music. They were likely to spend more time resting when exposed to classical and more time barking when exposed to heavy metal (which probably can be said for humans too).

In a separate study published in The Journal of Veterinary Behavior, researchers discovered similar findings: that classical music helps dogs to relax but heavy metal music caused signs of nervousness and agitation. 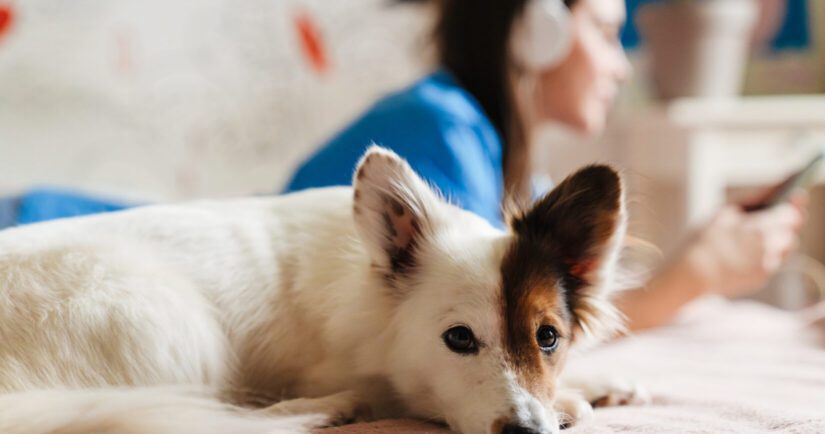 The takeaway? If you have cats, listen to whatever you want (and maybe the odd feline-approved song if you want to be on your cat’s good side). If you have a dog, keep it classical so you both have a calm easy flow to your day.

How your stress affects your dog

Aromatherapy and your pets: what you need to know

Separation anxiety and your dog