There was a happy ending, including a birthday wish come true, for a cat named Milly who recently went missing from her family home in Kimberley, B.C.

Shannon Magee and her family adopted Milly from the BC SPCA five years ago, along with another cat named Shelby. Both cats were microchipped at the time of adoption.

When Milly went missing near the end of May this year, the family immediately sprung into action, checking with neighbours and local veterinarian offices and posting details about their missing pet on community Facebook pages. Their seven-year-old daughter, River, also posted Missing Cat signs around their community and Magee notified the BC SPCA in East Kootenay about Milly’s disappearance. 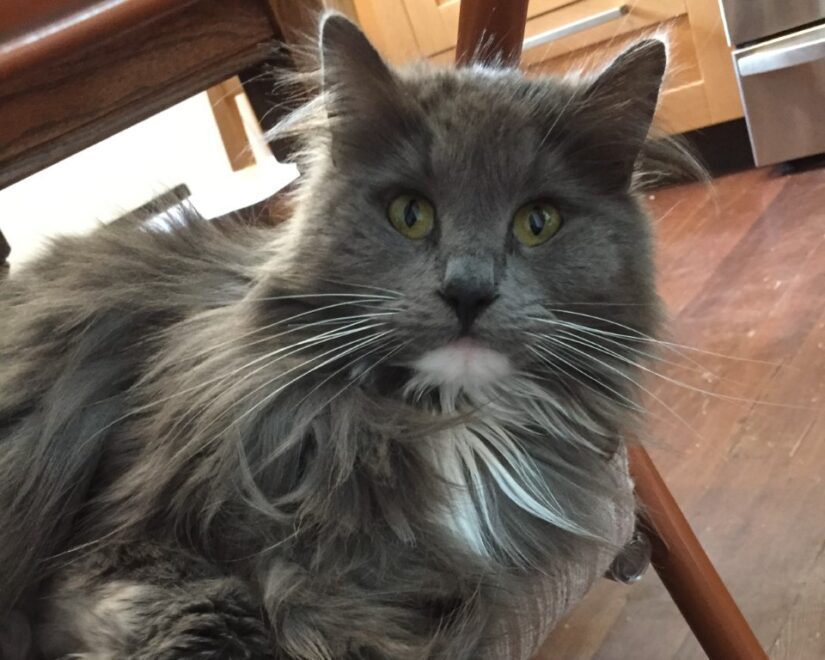 As weeks went by, Magee says she and River were starting to lose hope that Milly would be found. “We were crying and looking for Milly every day,” she says.

On June 23, nearly a month to the day after Milly disappeared, the family was getting ready to celebrate River’s birthday. “She told me that she didn’t want any presents for her birthday; she only wanted Milly back,” says Magee. “She cried herself to sleep that night.”

The next day the BC SPCA called with the best birthday gift ever and the answer to River’s wish — they had found Milly. “She told me, ‘See, dreams can come true,’” says Magee. 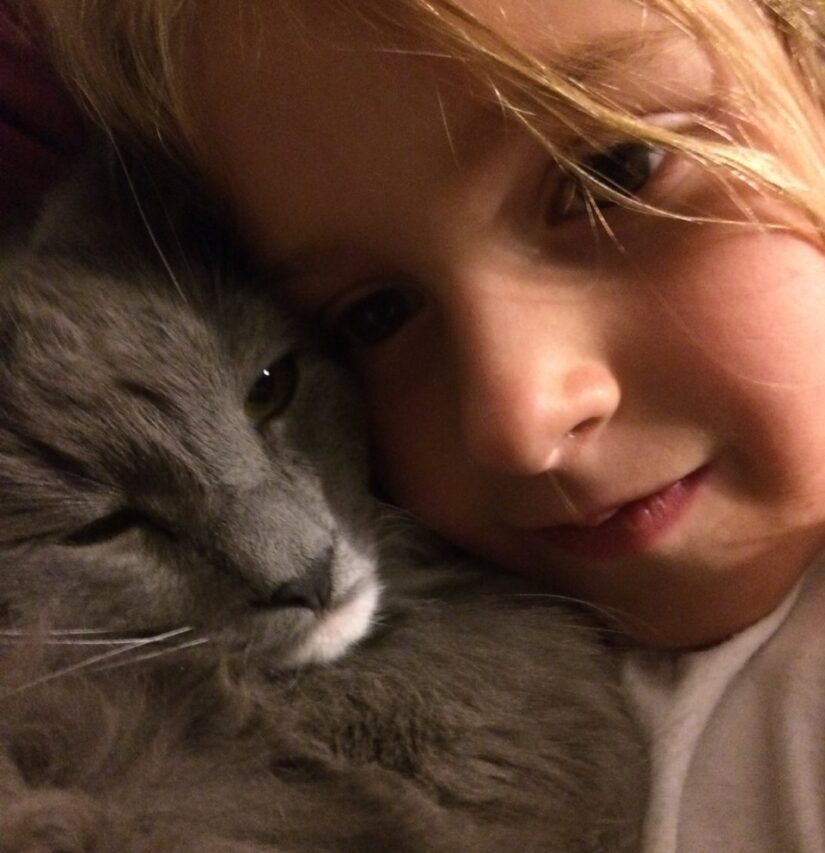 Milly had been brought to the BC SPCA branch in East Kootenay by a concerned family who had discovered her on their property, about 30 minutes away from her home.

“They said she had been hanging around the last three days and was obviously owned by somebody because she was just the sweetest cat – happily coming over for lots of love and food,” says Lianne Thompson, animal care supervisor, East Kootenay branch. “She was so nice they even wanted to keep her for themselves, but knew that a family must be missing her. They brought her into the shelter, she was scanned for a microchip and thankfully she had one–with up-to-date contact information.”

Milly’s happy ending exemplifies the importance of microchipping and registering your pet with the B.C. Pet Registry. Launched in 2015 by the BC SPCA, the pet registry is the province’s first centralized database for lost pets. Most than 108,000 animals have been registered in the system since its inception. 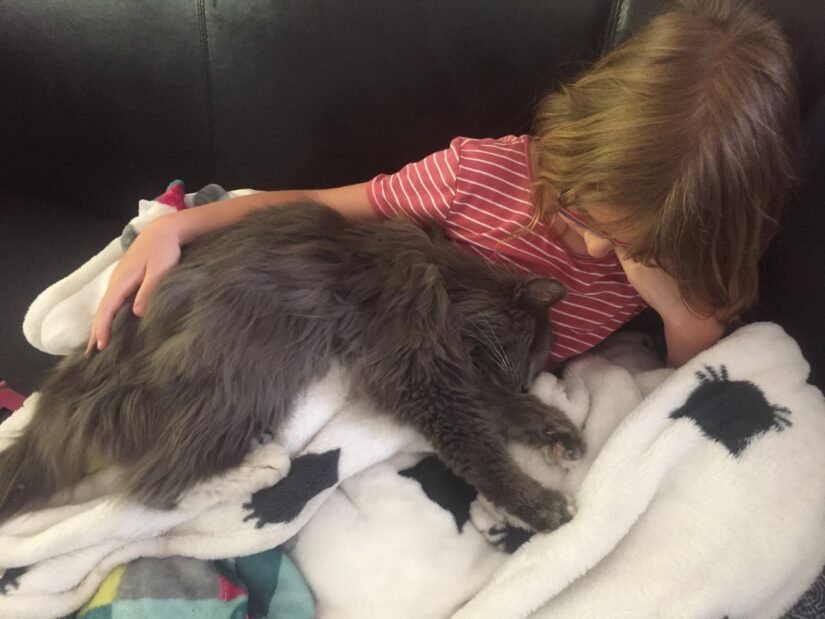 “We are so thrilled that we were able to reunite Milly with her family. We couldn’t believe the timing. I think we all believe in the magic of birthday wishes again, but it also really shows us how valuable microchips are in keeping pets and their families together,” says Christy King, BC SPCA manager in East Kootenay. “It is so important for pet guardians to make sure their pet has a permanent ID, ideally a microchip, and that it is registered with up-to-date contact details.”

“I don’t know if we would’ve gotten Milly back without it,” says Magee. “We had already lost hope that she was gone. I absolutely think [Milly’s story] is an important message for people who are adopting a pet. Microchipping your pet is worth it.”

Now Milly is settling back into her life again with her family, including cuddles with River. “Every day gets better,” says Magee.

While microchipping and registering your pet greatly increase your chances of being reunited with a lost pet, King says it’s also important not to give up hope. “So many stray cats who come into the shelter are never claimed by their owners as many assume the worst and stop looking,” she says. “Keep checking in with the shelters in your area. And if you have a birthday coming up, put that wish to good use.”

What types of identification does my pet need?