The BC SPCA is now accepting adoption applications for 36 of the 44 miniature poodle-bichon frise cross dogs seized from a Brentwood Bay home on Jan. 9.  The owner of the dogs signed over permanent legal custody of the 36 dogs this week, while custody of the remaining eight dogs is still in legal process. 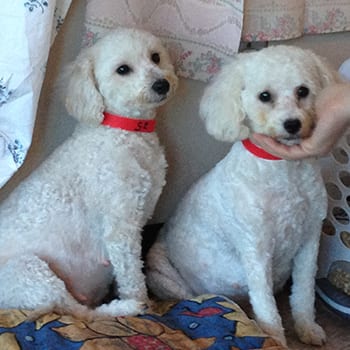 Anyone interested in adopting one of the 27 adult dogs or nine puppies is asked to fill out an adoption application form and email it to the Victoria SPCA Branch at Victoria@spca.bc.ca or drop it off at the shelter at 3150 Napier Lane, Victoria. The branch will review the applications and will call to set up appointments with potential adopters next week, once all the dogs have been spayed and neutered.

The dogs were taken into care after their owner failed to comply with SPCA instructions to reduce the number of animals in the home resulting in living conditions which jeopardized the welfare and safety of the animals. While in care of the BC SPCA, the dogs were treated for any medical issues and were bathed and groomed.

The BC SPCA Cruelty Investigations Department carries out more than 6,000 investigations into animal cruelty and neglect each year and relies on support from the public to fund its work.  If you can help, please donate online at spca.bc.ca or through the BC SPCA’s Provincial Office at 604-681-7271.

BC SPCA constables have removed 45 miniature poodle-bichon frise cross dogs from a residence in Brentwood Bay. One dog was deceased and 35 adult dogs and nine puppies were taken into care on Jan. 9 after their owner failed to comply with SPCA instructions to reduce the number of animals in the home. A number of the adult females are believed to be pregnant.

“This individual is not a typical breeder although puppies were occasionally sold to the public,” says Lorie Chortyk, general manager of community relations for the BC SPCA. “In this case the person hoarded animals and allowed them to breed unchecked in the home. The number had escalated to the point where the animals were not getting adequate care and the living conditions jeopardized the welfare and safety of the animals.” 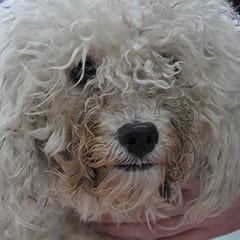 The animals were taken to the BC SPCA’s Victoria Branch, where they are being examined, bathed and groomed, treated for parasites and are receiving care for any medical issues. The adult females are also being examined to determine how many are pregnant.

“These kinds of hoarding cases are always very sad, and our goal is to protect the animals and to ensure that an individual does not have custody of more animals than he or she can properly care for,” says Chortyk. She said the SPCA has had concerns about the individual in the past but the conditions during previous inspections were not serious enough to allow the society to legally intervene. 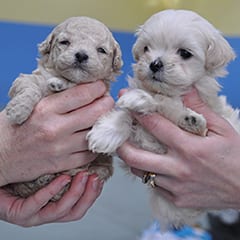 “We tried numerous times to work with him to surrender some of his dogs for rehoming but he was very resistant,” says Chortyk. “While he did give up a few dogs to a local rescue group, the breeding and hoarding escalated to a point where we were able to secure a warrant to take action.”

The dogs will remain in care at the Victoria SPCA Branch but will not be available for adoption until the legal custody of the animals is finalized. Anyone interested in adopting the dogs should check the BC SPCA’s Victoria Branch website for further information in February. 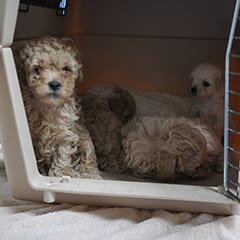 The BC SPCA Cruelty Investigations Department carries out more than 6,000 investigations into animal cruelty and neglect each year and relies solely on support from the public to fund its work. Anyone wishing to support the care of the rescued dogs, and other animals in need is asked to donate online at spca.bc.ca or through the BC SPCA’s Provincial Office at 604-681-7271.

Note to media: You are welcome to take photos or video of the dogs – please contact Penny Stone, manager, Victoria SPCA Branch, at 250-588-4524 to make arrangements.