Fall toxins for your pet to avoid - BC SPCA

Fall is in the air, which means brightly coloured leaves, cooler weather, and fun festivities, like Thanksgiving and Halloween. However, fall also brings new seasonal household items that pose a threat to the safety of our pets. In order, to keep your pets healthy and happy, here are some tips to help transform your home into a pet-friendly one this fall season. 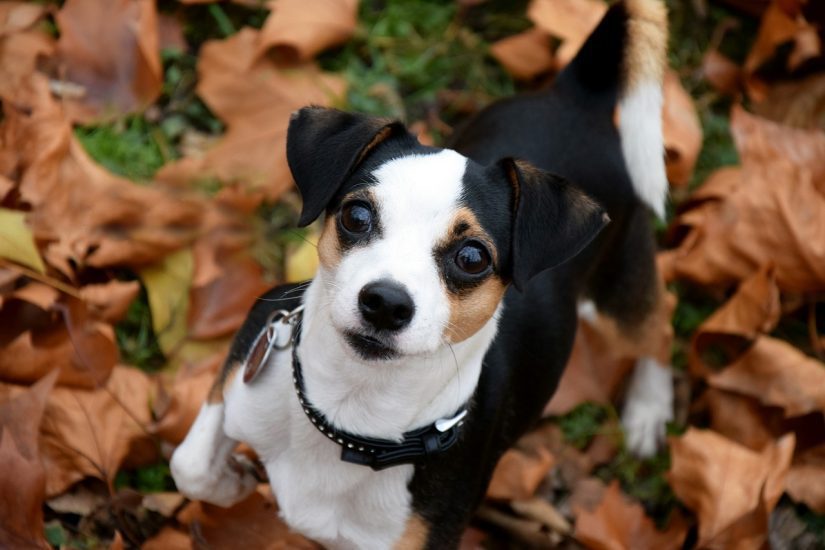 The start of fall means many people will begin to “winterize” their cars and boats. As a result, pets may inadvertently be exposed to antifreeze. As little as one teaspoon in a cat or a tablespoon or two for dogs, depending on the size of animal, can be fatal. Keep your pets far away from antifreeze and clean up any spills of antifreeze on driveways and other hard surfaces. If you see your pet drinking antifreeze, or are at all suspicious that your pet may have had access to antifreeze, contact a veterinarian immediately.

Lighting scented candles is an autumn treat for most, however, some of these products can be poisonous for our pets. Candles that are made from paraffin wax, use a lead wick or release synthetic oil and fragrances, can be toxic. For example, fragrances and/or oil can aggravate existing respiratory illnesses like asthma in your pets due to harmful toxins, such as naphthalene or phthalates. Additionally, pets can be susceptible to burns from lit candles and hot wax. As a precaution, use candles that are soy, coconut, or vegetable-based wax with an unbleached 100% cotton wick, and keep them safely away from your pet’s reach. 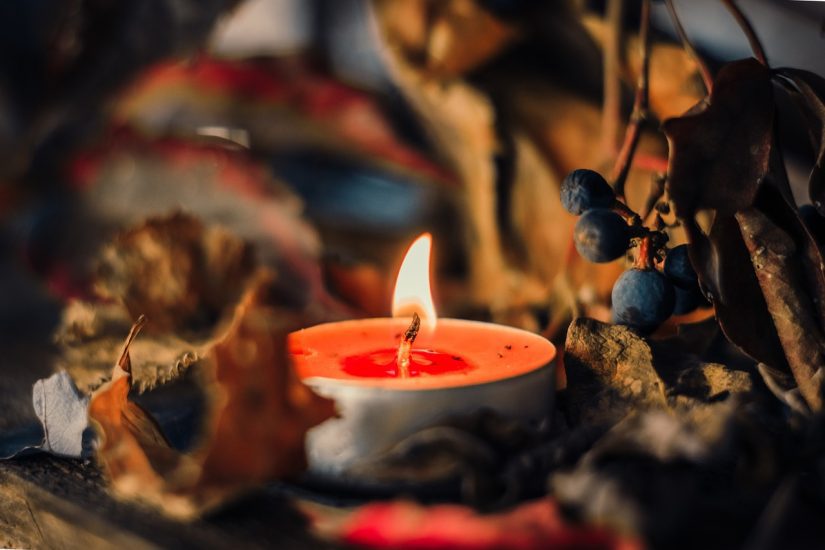 Chocolate and sweets are synonymous with Halloween and Thanksgiving. Most humans love indulging in their favourite chocolate treat, but, unfortunately, ingesting chocolate can result in significant illness for your dog or cat. Chocolate is toxic for your furry friend because it contains both caffeine and a chemical called theobromine; two chemicals that dogs nor cats can metabolize as well as humans. Additionally, xylitol is an artificial sweetener found in products such as gum, candy, and mints. Xylitol is harmful to dogs because it causes a sudden release of insulin in the body that leads to hypoglycemia (low blood sugar). It also can also cause liver damage in dogs.

Creating piles of leaves and mulch, including compost, are typically part of fall seasonal yard work. However, if your dog ingests compost, it can result in poisoning since decaying organic matter and molding food products can contain ‘tremorgenic mycotoxins,’ which cause tremors. Even small amounts ingested can result in tremors or seizures. Signs of ingestion can include drooling, agitation, panting, and vomiting. Be sure to keep your dog away from any compost or much piles, and discard them in a safe and contained manner. 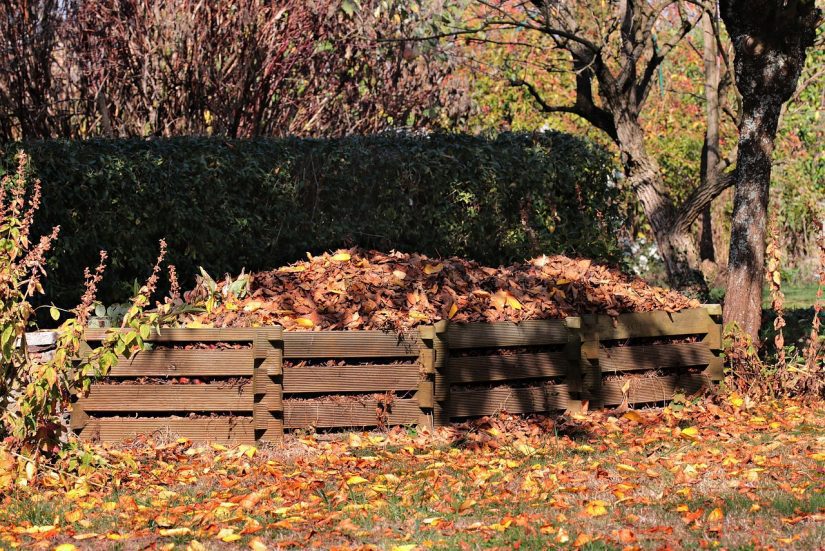 Most of us love our pumpkin spice seasoning during the autumn months whether it’s in our coffee or baked treat. Pumpkin pie spice is typically a combination of cinnamon, nutmeg, ginger, and either cloves or allspice depending on the blend. It is important to remember that small amounts of these spices added to foods usually will not be toxic to pets, and the risk of toxicity is highest if a pet gets into essential oils or the spices directly.

For example, while not toxic in small amounts, a large spoonful of dry cinnamon powder could cause respiratory issues for your pet and, cinnamon oil can be toxic even in small amounts. Nutmeg contains a toxin called myristicin, and though it is not likely to be toxic in small doses, if your pet ingests a very large amount of powder or eats an entire nut, it could cause vomiting, abdominal pain, changes to blood pressure and heart rate and even disorientation, seizures or hallucinations. Likewise, the ingestion of cloves becomes an issue with something like clove oil or the ingestion of whole cloves. Clove oil as well as the clove spice contain compounds called eugenols which can cause liver toxicity in cats. Clove oil may also cause vomiting, tremors or seizures and staggering in cats. 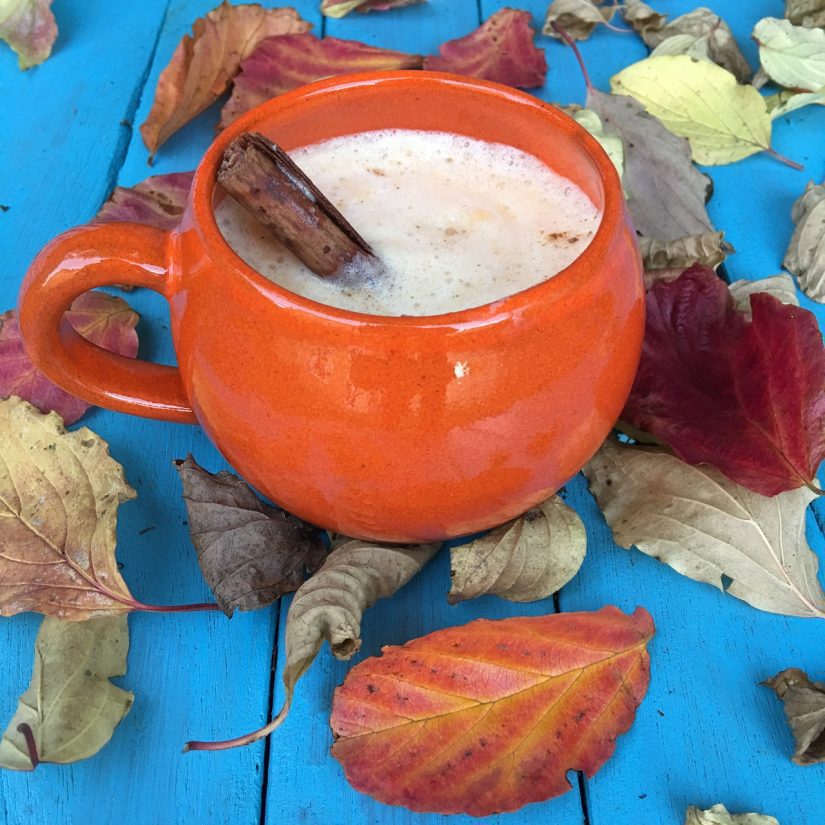 But it’s the other ingredients in pumpkin spice flavoured foods or beverages that are usually the greatest toxic concern. For example, the caffeine your pumpkin spice latte can cause serious toxicity when ingested by pets. Even a pumpkin spice baked good can be dangerous for your pet due to sugar and high fat.

Word of advice: leave the pumpkin spice latte, or any pumpkin spice-flavoured treat, out of reach when it comes to your pets.

Should you suspect your dog has ingested something toxic, call your veterinarian or an emergency veterinary clinic immediately. How quickly treatment is started can mean the difference between life and death.