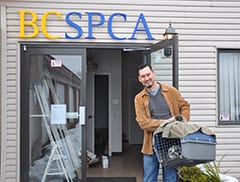 Three homeless cats went home with loving families on the first day the new BC SPCA Surrey Education & Adoption Centre opened its doors. The facility officially opened to the public March 1 and it’s been busy ever since.

“We can now find homes for more animals and have a better presence in the community,” says Rodney Weleschuk, manager, Surrey Education & Adoption Centre. “The focus of the centre is to fast-track adoption for cats and other small animals who are suffering from the biggest overpopulation problems.”

Renovations are still underway but will be completed by the end of June, just in time for summer camps, birthday parties and other events, Weleschuk says. Located on 5.5 acres between Highway 10 and 32 Avenue in Surrey, the new facility does not take in surrenders or strays, as the City of Surrey operates animal control services, but the BC SPCA works in partnership with the city to provide full service to the community. Eventually, cats and other small animals – including puppies and small-breed dogs – will be transferred from the city to the new centre so those animals can be adopted into loving homes in the area, says Weleschuk. 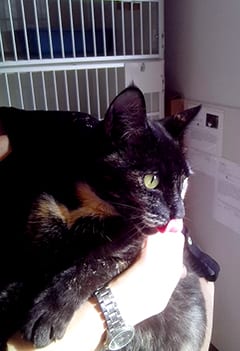 Future plans include expanding the rural experience to enhance the education side of the centre, including a chicken coop, a bunny patch vegetable garden and having cattle from cruelty seizures housed on the property – outbuildings are currently being converted to stables and some of the fields, into paddocks or corrals.

The new centre also houses cruelty investigations staff from the region and a retail section has also been set up to provide basic supplies to pet guardians, so the animal can be sent home with everything needed to get started, Weleschuk notes. Proceeds from retail sales go toward helping more animals.

Weleschuk is looking forward to creating a team of effective and dedicated volunteers as well as focusing on homeless cats, an issue in Surrey and throughout British Columbia, which is why the BC SCPA has targeted the problem as a major focus in its new, five-year Strategic Plan. 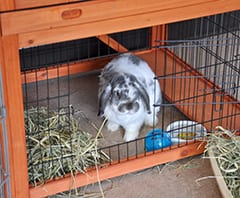 “There is a huge problem of feral cats in Surrey and residents want to see it dealt with at a local level,” he says. “Working with the city shelter will help us directly control the cat and small animal population and help find them homes within the community.”

Visit the Surrey Education & Adoption Centre at 16748 50thAvenue in Surrey during operating hours, noon to 5 p.m. daily except Thursdays, when hours are 2 to 7 p.m., or online.