This big boy came to the BC SPCA in September after his owners could no longer take care of him. He weighed in at 14 kg when he first arrived and was suffering from urine scalding because his weight had kept him from properly cleaning himself. He was also covered in fleas. Even though Boris was uncomfortable and in pain, he did not show it.

“Boris has the most charming personality,” says Jodi Dunlop, manager, BC SPCA Vancouver animal center. “He is a sweet and gentle boy who loves to rub his face on everything and everyone.”

Boris spent some time at the vet’s getting treatment for the urine scalding and fleas. He was also put on a plan to get him to a healthy weight to help get him ready to be adopted. “Boris quickly became a staff favourite,” says Dunlop. “You may have also noticed him on TikTok and all the love he got there. He attracts attention wherever he goes.”

Boris won the hearts of tens of thousands on the BC SPCA’s TikTok in September of last year; his video was one of the highest viewed posts in 2022.

Dunlop adds that they knew whoever adopted him would need to be committed to his weight loss journey. “His first adoption wasn’t a perfect fit, but Boris has found his final forever home.” 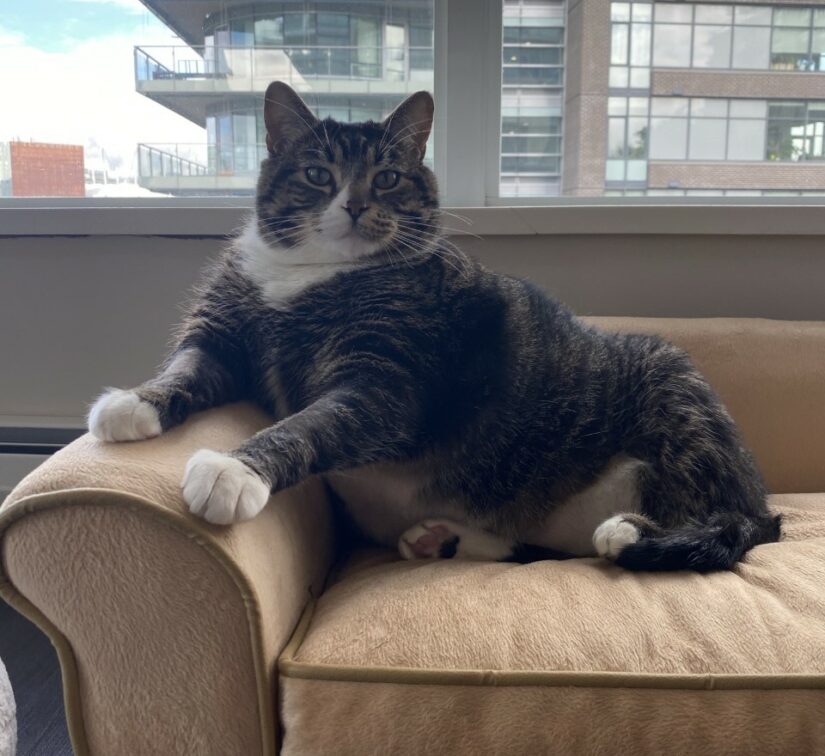 It is no surprise that Boris loves treats, especially the fishy ones! “He is a very playful guy especially for his age,” says Harsh. “He loves to head butt whenever he is feeling affectionate. He often comes to our bedroom early in the morning, purring and requesting pets.”

In terms of what Boris doesn’t like, being picked up is one of them. “He also doesn’t like getting his nails trimmed and he definitely has days when he needs his alone time, but he always comes around and is ready to snuggle some more.” 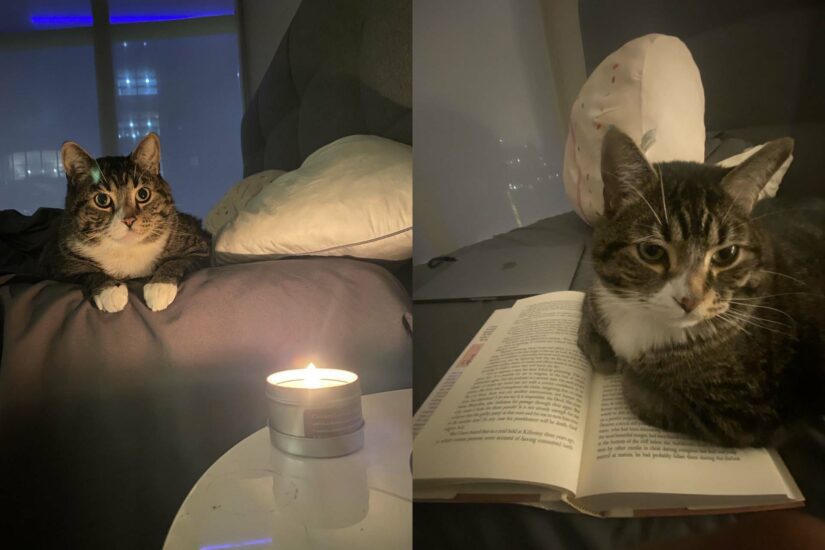 Boris spends most of his days napping in different areas of the house, wherever he can find Harsh and Amanda, his mom. “He likes our ottoman, couch and the bed,” says Harsh. “He is showing more and more of his personality and getting more vocal and playful by the day.”

Boris has been continuing to lose weight at his forever home. “At our last vet check-up, Boris was already down a few pounds which has made him more active around the house,” says Harsh. “He is surprisingly fast when we play chase with him, sometime even tripping us up.”

“We could not be happier that Boris has become a member of our family,” says Harsh. “He is an amazing companion and we are very grateful to be his forever home.” 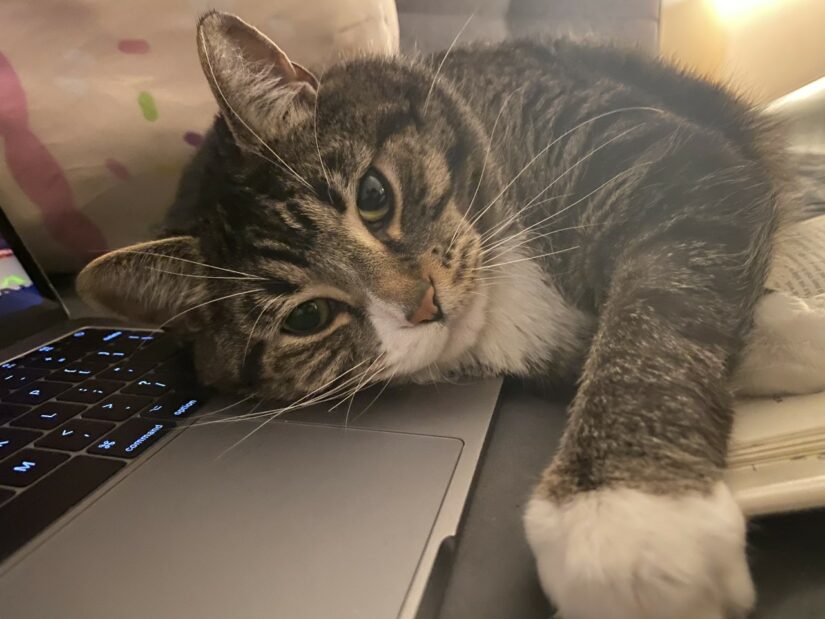