For BC SPCA’s 125th anniversary, we’re highlighting long-serving members of our community. Below, we talked with volunteer Elizabeth Perron from the Vancouver BC SPCA location.

How long have you been involved with the BC SPCA?

2016. I saw an ad on Facebook looking for volunteers for the shelter and I applied because of my love for animals. 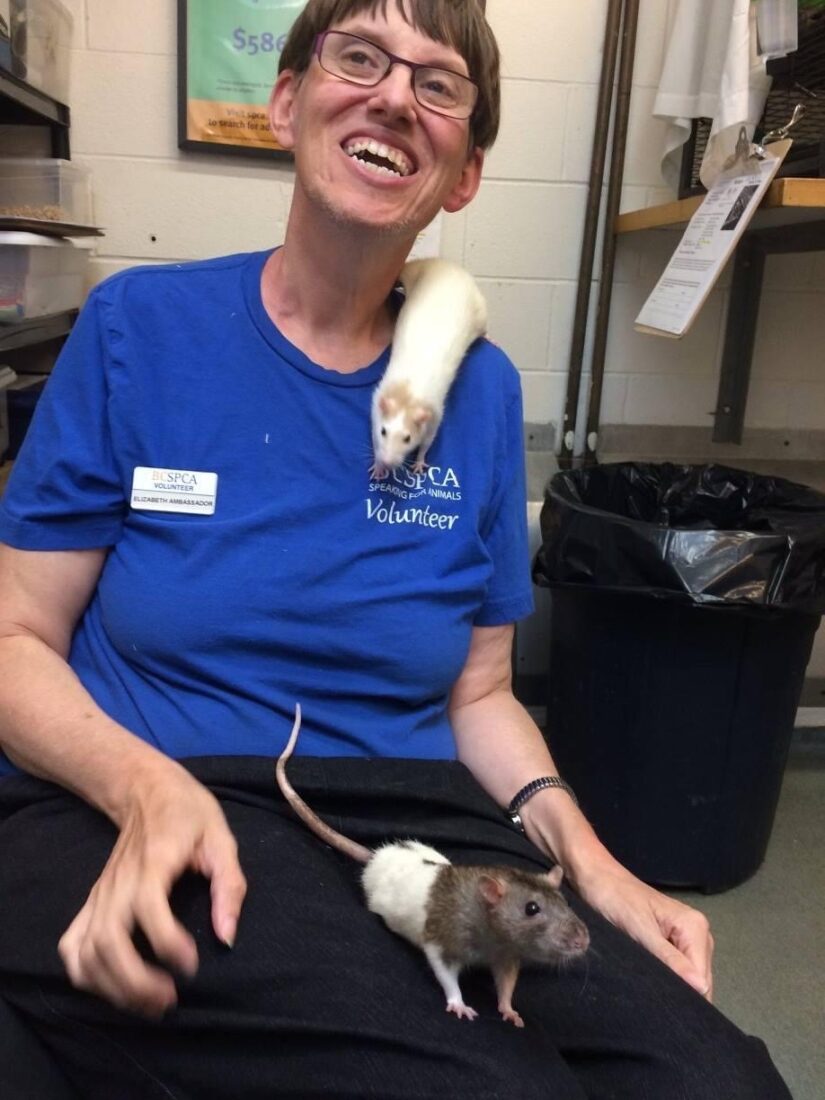 What do you like best about being part of the SPCA?

I like being around the animals and seeing them get adopted.

Why do you think the SPCA’s work matters?

I think their work is important because they help animals find homes and they take care of the animals. The animals need to be taken care of and the SPCA does this really well. The lives of animals matters.

What are some of the biggest achievements for animals you’ve seen at the BC SPCA?

I’ve seen animals who’ve been at the shelter for a long time and then they get adopted, which is great. There was a cat named Cricket who was in the shelter for over a year and then she found her forever home. So that’s always a good thing to see.

What do you hope for the next 125 years for the BC SPCA?

I hope they keep going for another 125 years and that people keep learning about the BC SPCA, and I hope more people keep adopting these animals in need.

Learn more about our 125th anniversary and take a look at our 125 year timeline.