Recent news that the world’s largest travel website, TripAdvisor, will no longer sell tickets to animal attractions is welcomed by the BC SPCA. 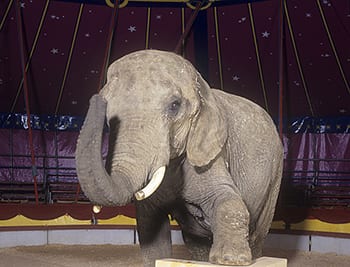 The internet travel giant has launched a “no touching of wild animals” policy, which means it will no longer sell tickets to attractions where travellers come into physical contact with captive, wild or endangered animals. As well as petting tigers and elephant rides/trained elephants, the policy also covers swimming with dolphins and other tourism experiences animal welfare charities have long campaigned against.

“We applaud TripAdvisor’s actions in helping to raise awareness about some of the cruel practices and abuses that wildlife are subjected to constantly around the world, especially in areas where government management is lacking or completely absent,” says BC SPCA chief scientific officer Dr. Sara Dubois. “There are often no controls or standards… in some places, you can find tigers who are drugged in order to allow tourists to get close for a cuddle and photo opportunity, or elephants horribly traumatized and abused by violent ‘training’ practices.”

While TripAdvisor will no longer sell tickets to attractions that allow physical interaction with animals, it will continue to list them. The ban doesn’t include all facilities where animals are held in captivity, such as Sea World, either, but Dubois thinks it is a first positive step.

The travel website is introducing an education portal with information on animal welfare practices, as well as advice and opinions from leading conservation charities starting in early 2017, she notes.