Together, we can end overpopulation: Think spay/neuter this February - BC SPCA

February is Spay/Neuter Awareness Month and the BC SPCA is calling on all British Columbians to take action to help end pet overpopulation throughout the province.

“The BC SPCA and many others – including veterinarians, rescue groups, cat coalitions, municipal governments and First Nations – are working to address the overpopulation issue, and have experienced a significant decline in the number of unwanted companion animals, particularly cats, in a few targeted B.C. communities,” says Megan Munroe, BC SPCA outreach coordinator.

“Prevention through spaying and neutering is the most effective and humane solution to controlling the population and saving lives.”

There are tens of thousands of cats and kittens living outdoors in B.C. who suffer from frostbite, starvation, illness, predator attacks and injuries, Munroe notes.

“Now is an ideal time to have your pet fixed as the spring and summer breeding season is just around the corner,” Munroe says. BC SPCA shelters and rescue groups are often overwhelmed by the number of unwanted and abandoned kittens and puppies born during those months.

“Spaying and neutering before your pet has the opportunity to reproduce is important. Together, we can achieve an end to the widespread suffering that companion animals experience as a result of pet overpopulation.”

Some of the benefits of spaying and neutering include:

For more information on spaying or neutering your pet, visit spayneuter.ca. 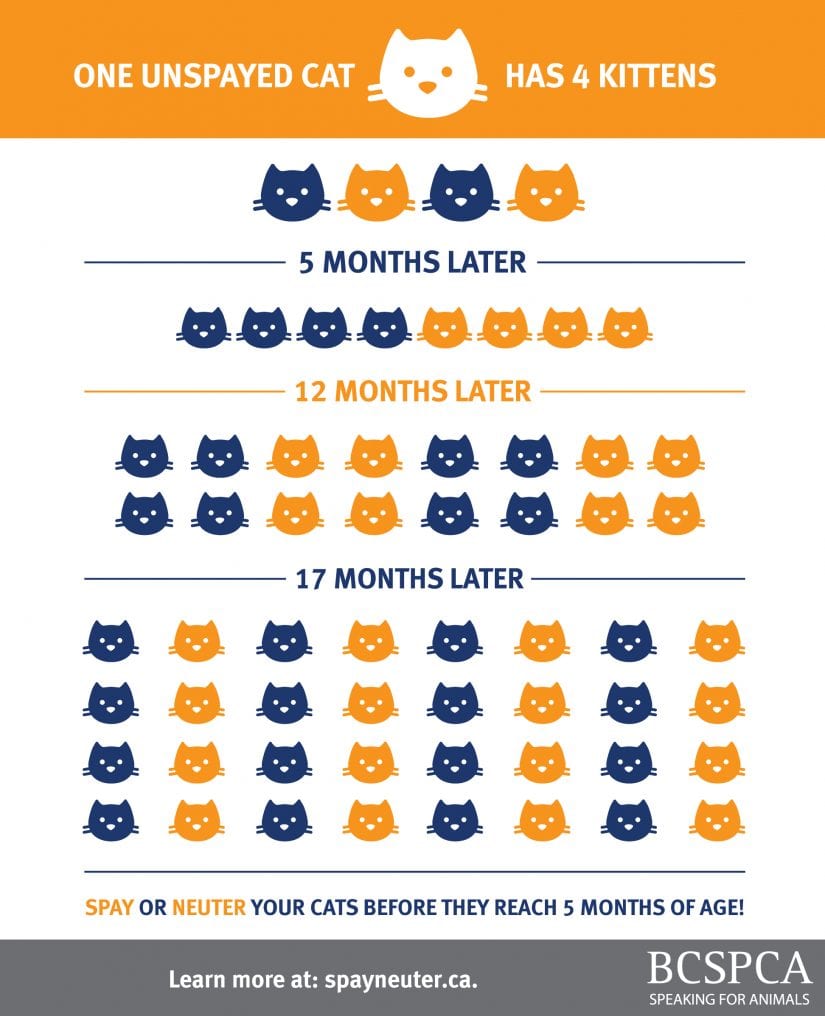