On March 14th, Megan Kelso and her ten-year-old son, Cody, set off on a four-day walk from Gibsons to Powell River, B.C., all in the name of the environment and animals. 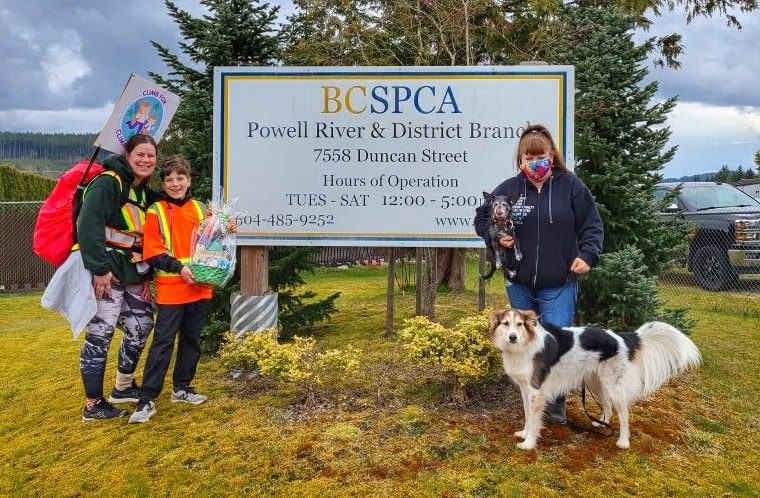 The goal of their 115 kilometres journey was to raise $20,000 for a new solar roof for the Sunshine Coast SPCA in addition to $10,000 for the British Columbia Sustainable Energy Association’s (BCSEA) “Cool It” program for kids.

Fortunately, Megan and Cody completed the walk safely and soundly.

“As it turns out, Cody and I walk much faster than expected,” Megan says.

While the duo definitely faced their challenges, including rain, fatigue, and blisters, Megan says mother and son kept each other’s spirits up.

“Cody took it all in stride and he was just super cheerful and proceeded to laugh at me when he could.”

The last day was the toughest with both of them in some degree of pain, however, Megan says the pain was worth it in the end since it “brought with it the knowledge of completing what we set out to do.”

To learn more about Kelso and Cody’s walk, including videos and photos, and to donate, please visit their website: https://climbforcc.org.

On Sunday March 14th, Megan Kelso and her ten-year-old son, Cody, will set off on a walk from Gibsons to Powell River, B.C., all in the name of the environment and animals.

The duo is planning to raise funds from the walk to be put towards a new solar panel for the roof at the BC SPCA Sunshine Coast Community Animal Centre in Sechelt. 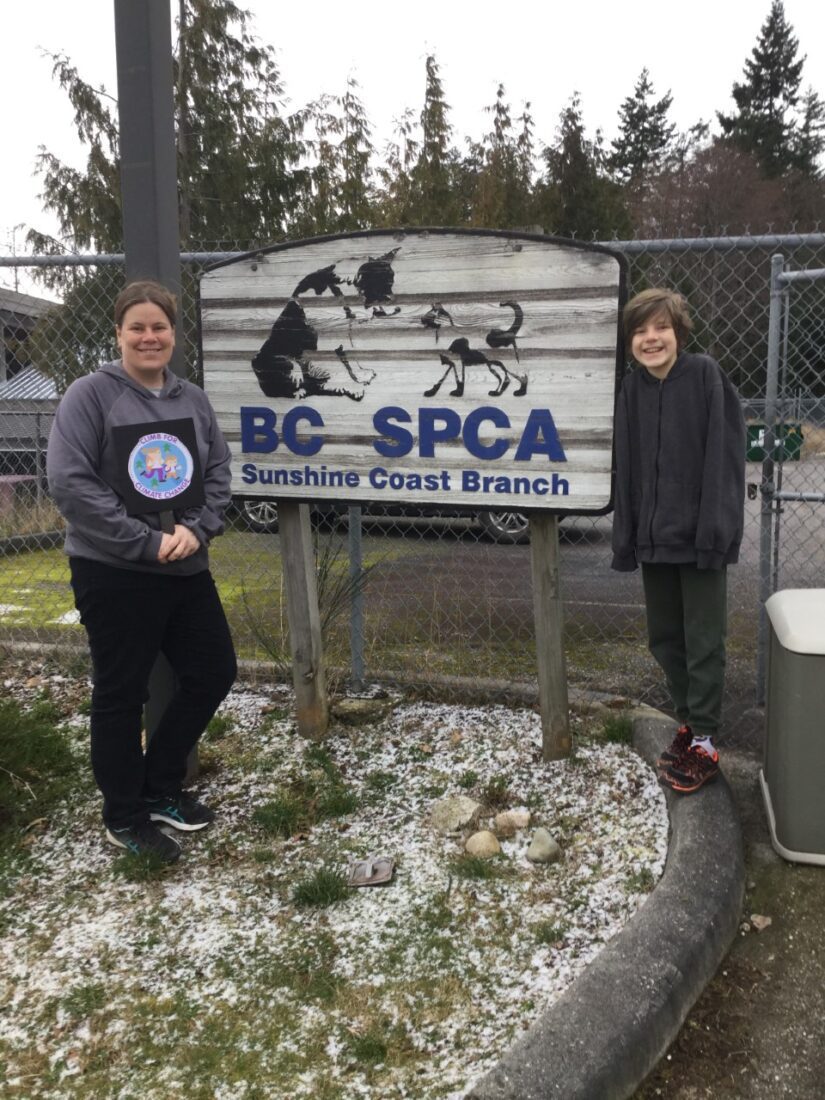 “From a young age Cody has been actively involved in local charity events to help raise money for various organizations,” says Kelso. “However, this year we wanted to think bigger.”

As new members of the Sunshine Coast Community Solar Association, Kelso says when she and Cody, who has participated in the BC SPCA’s Humane Ed programs, learned the Sechelt shelter is located on none other than Solar Road, “It was almost a given that we had to get solar panels on the roof!”

The goal of the four-day walk, which is estimated to be 115 kilometres plus one ferry long, is to raise $20,000 for the Sunshine Coast SPCA and $10,000 for the British Columbia Sustainable Energy Association’s “Cool It” program for kids.

“If we don’t take care of the earth now, we won’t have an earth to live on,” says Cody. “I love animals because they are all cute.”

For her part, Kelso, a pet guardian to rescue animals from the BC SPCA, says she values “the joy an animal brings to us and the love they share with us all unconditionally.” 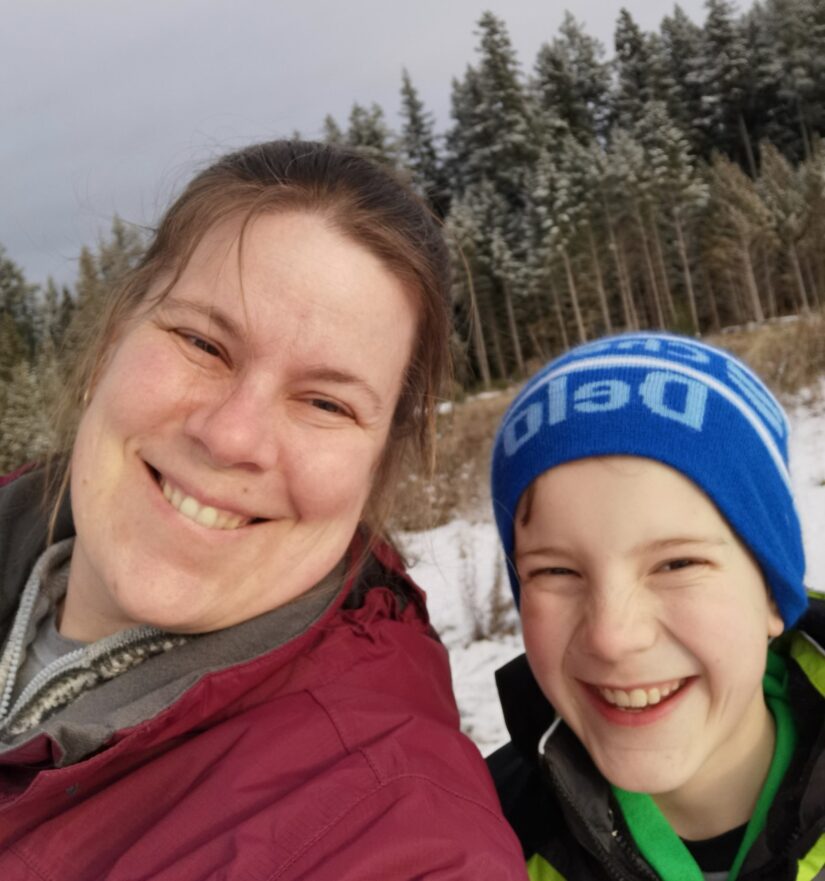 While both Kelso and Cody understand the walk might be challenging at times, she says they both know the rewards of their efforts “will far outweigh any pain or discomfort we might have.”

Adds Cody, “I am doing the walk to challenge myself and raise money for a passion I love.”

The efforts are much appreciated by the BC SPCA staff.

“We’re very excited about the walk and we’re very grateful for this exciting new project”, says Marika Donnelly, manager of the BC SPCA Sunshine Coast location. “We’re also equally excited that Cody and his mom are the ones to spearhead the fundraising. It’s pretty amazing to see such passion for animals and the planet from such a young man.”

To learn more about Kelso and Cody’s walk, and to donate, please visit their website: https://climbforcc.org