Give Seven another chance at living a full life - BC SPCA

The BC SPCA’s Kelowna Branch is asking members of the public to help a beautiful orange cat that was hit by a car.

A Good Samaritan witnessed the cat being hit and rushed him to an emergency vet, who named him Seven because that’s how many of his nine lives this poor feline had used up. Seven has a fractured pelvis and femur, requiring immediate surgery to remove one of his legs. 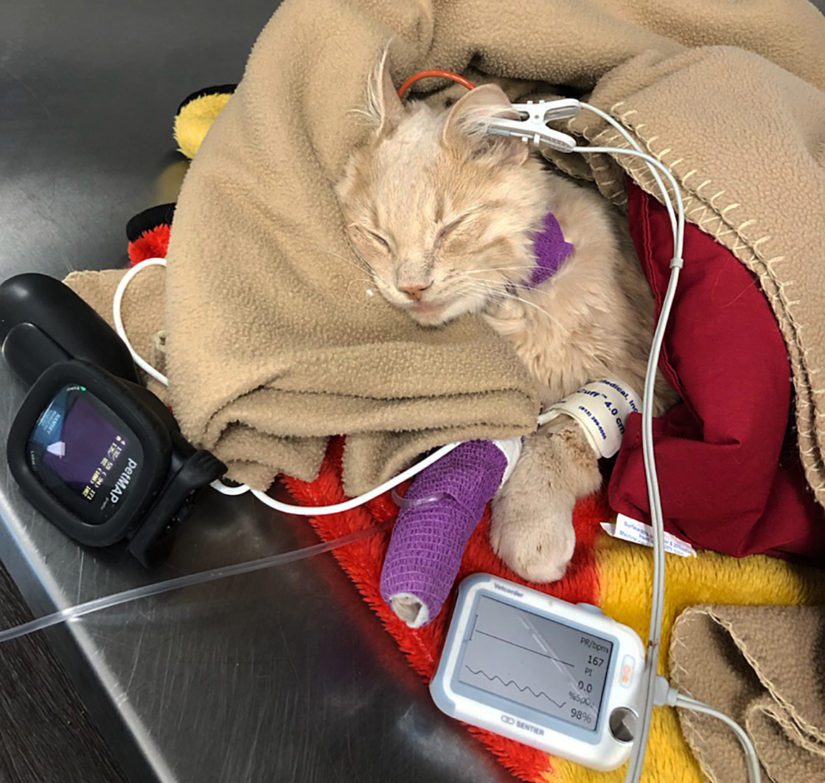 During the urgent surgery, the vet team discovered Seven having breathing issues and found that part of his liver was in his chest cavity pressing on his lung because of a tear in his diaphragm. The pain must have been unimaginable. Seven is stable for now but will have to go for another surgery when he is a bit stronger.

“Seven has already made a lot of friends at the clinic thanks to his charming and friendly personality,” says SPCA Kelowna branch manager Sean Hogan.

Seven’s overall care is expected to cost about $4,840. This adorable fellow will need at least 10 to 12 weeks to recover from his second surgery before he’s ready to be adopted.

If you can help Seven and other animals in need at the Kelowna SPCA, please visit spca.bc.ca/medicalemergency or visit the branch at 3785 Casorso Road, Kelowna, 250-861-7722.