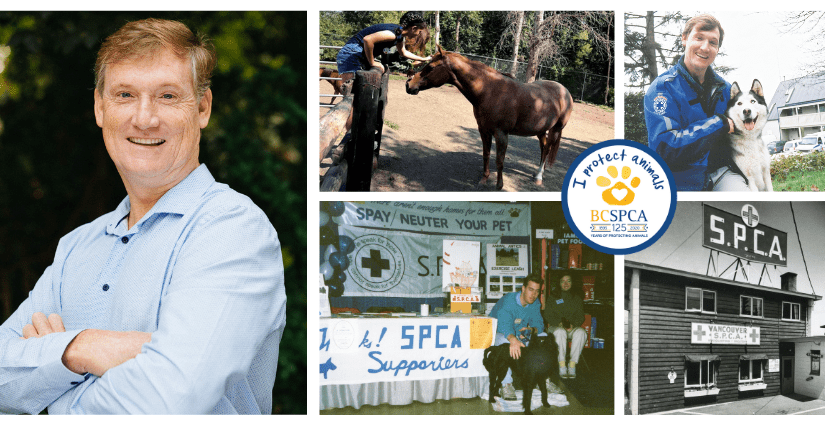 On Sept. 21, The British Columbia Society for the Prevention of Cruelty to Animals (BC SPCA) officially celebrates its 125th anniversary. Established as a result of concerns over the plight of working animals, the BC SPCA has grown to become the largest and most progressive animal organization in Canada, with a sweeping mission to protect and enhance the quality of life for companion, farm and wild animals in British Columbia. Since it’s inception, the BC SPCA has helped millions of B.C. animals in need.

I’m fortunate to have led the BC SPCA’s work for almost two decades, but I find myself humbled by the vision and foresight of those staff and volunteer trail blazers who preceded us, who had the courage of their convictions to strive to create a better world for all animals.

By sharing three examples, I hope readers will gain a greater understanding of the magnitude of change that has taken place within the animal welfare sector during the past 125 years.

To confront the challenge of starvation, brutal treatment and exposure to the elements faced by thousands of stray cats and dogs in the Vancouver area annually, the BC SPCA, despite significant opposition from within the veterinary community, established the very first low-cost spay/neuter clinic in Canada in 1976 with a goal of ending pet overpopulation and the needless euthanasia of healthy, adoptable animals. So successful was the concept that the blueprint was subsequently replicated across our nation with outstanding outcomes for animals. With some exceptions in remote communities, dog overpopulation no longer exists in British Columbia or Canada and overall cat and kitten intake numbers have shown a consistent downward trend over the past decade. No healthy, adoptable animals are euthanized by the BC SPCA and resources have now been freed up to assist animals with behaviour challenges, something that was largely unthinkable a decade ago.

Throughout its existence, the larger animal sector has often been guided by emotion, individualism and a general disregard for the role that science can play in achieving good outcomes for animals. To address this lack of an evidenced-based approach to animal welfare, the BC SPCA provided the key funding necessary to establish the Animal Welfare Program at the University of British Columbia. Since it’s inception in 1997 to the present date, the UBC Animal Welfare Program has graduated numerous animal welfare scientists (a number of whom now work at the BC SPCA) and made a profound impact in our understanding of what good welfare is for species as diverse as dairy cattle, cats in shelters, animals in science, and public attitudes to human/wildlife interactions.

Through simple innovations such as the “Hide, Perch and Go Box”, a specially-designed cardboard housing box that allows cats to express their natural instincts to seek a safe hiding spot or to perch from above, hundreds of thousands of cats across North America have seen their health and welfare dramatically improve in the shelter environment. This has led to cats being adopted into new homes in far greater numbers than was previously possible. Animal welfare science is still somewhat in its infancy, but almost 25 years after its establishment, the BC SPCA remains committed to the program and recently we were delighted to fund a BC SPCA/NSERC Chair in Companion Animal Welfare at UBC.

The BC SPCA also led an initiative to establish a national federation in 1957 to advance the interests of animal welfare at the national level. As a founding member of Humane Canada, the BC SPCA played a key role in the creation of ground-breaking animal welfare initiatives, including the first Humane Slaughter Act, the establishment of the Canadian Council on Animal Care (CCAC) to examine and limit the use of animals in research and the development of national codes of practice for farm animals. Most recently, Humane Canada successfully lobbied for the adoption of legislation to protect captive cetaceans.

We are taking some time to celebrate these and many other achievements, but we remain mindful of the challenges we must overcome if we wish to see the animal sector continue to make the inroads it has during the past decades.

First among these is acknowledging that the manner in which we have, to this point, interacted with Indigenous communities across Canada cannot continue. For many decades, the approach has not been to seek genuine partnerships with Indigenous communities to confront the myriad of animal welfare issues facing all of our communities, but rather we have resorted to a relationship based on colonial attitudes of what animal welfare ought to be from a white perspective. We need to confront the reality that our staff, volunteers and supporters are largely white and that we have done little to truly understand the needs of communities who may think differently from us. As an organization we are fully committed to systemic change within the animal protection sector.

We must also acknowledge the reality that the veterinary profession, without whom we could not do our work, is in desperate need of additional support. Currently, there is a desperate shortage of veterinarians in the province, particularly in smaller communities and even fewer veterinarians willing to enter mixed or large animal practice. The truth is that there are insufficient spaces available for British Columbian students to enter veterinary school at the Western College of Veterinary Medicine and no plans to increase the current allotment of students. This, coupled with disproportionately high suicide rates and daily work demands, is leading to a crisis that will negatively impact our entire province.

Finally, we need to find ways to improve the discourse when discussing animal rights/welfare philosophy, particularly in the area of farm animal protection. While animal activism is an important part of ensuring continued protection for animals, it cannot come at the expense of a flagrant disregard for Charter protections, nor should we tolerate hateful and abusive conduct directed towards those who enforce Canada’s existing animal protection laws.

Advocate passionately for improvements to these laws, but do so in a manner that doesn’t end up driving our provincial government to follow their counterparts in Alberta and Ontario to pass draconian ag-gag laws in British Columbia, which will make it harder for our constables to access farms to investigate cases of suspected cruelty.

Only by working together can we continue the vital work of ensuring the well-being and protection of all farm, domestic and wild animals in British Columbia.

For more on the 125th anniversary visit our timeline page. 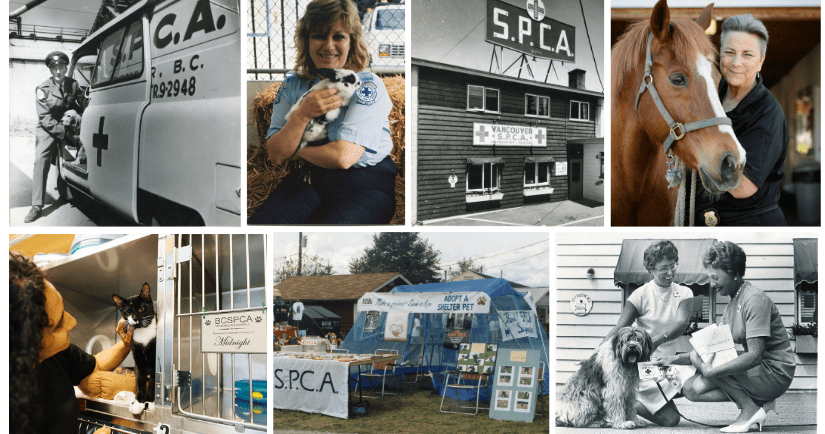