A mother river otter and her pup were struck by a car while crossing the road. Unfortunately, the mother was killed instantly, however the month old pup was miraculously uninjured. An eye-witness not only collected the dazed pup and brought it to BC SPCA’s Wild Animal Rehabilitation Centre (Wild ARC) for care, but he also went back to the area to see if he could find any other orphaned siblings.

“On arrival the otter was dehydrated and quiet, which is not surprising given the traumatic incident she’d just been through,” says Andrea Wallace, manager, wild animal welfare. “After some specialized meals and a quiet space to begin to recover, she is now starting to brighten up and behave like a normal young otter including growling and being wary of staff when they enter her enclosure. Our staff are covered head to toe in personal protective equipment to prevent imprinting and we’re glad it’s working.” 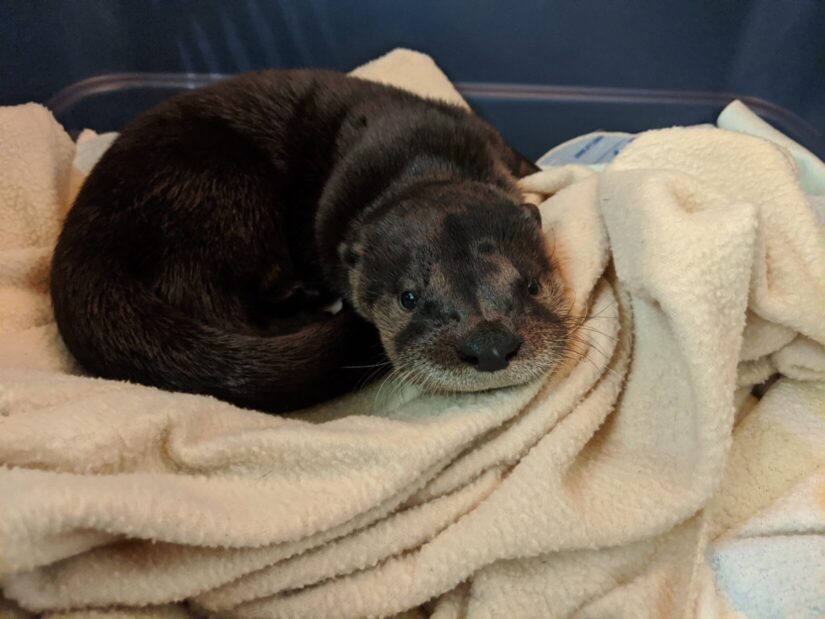 According to Wallace otters normally spend the first year of their lives with their mother until they’re mature enough to be on their own. At only a month old, the female otter is far too young to be out in the wild without a mom, which is why staff at Wild ARC will do their best to raise her wild and help her develop the skills she’ll need to thrive in the wild on her own when she’s ready.

“This young otter will need to be in care until next spring,” says Wallace. “Until then she will receive specialized care including a diet that mimics her mother’s milk and then foods she would find in the wild, as well as natural enrichment items and access to a pool to help her learn and develop necessary skills such as how to climb and swim.” 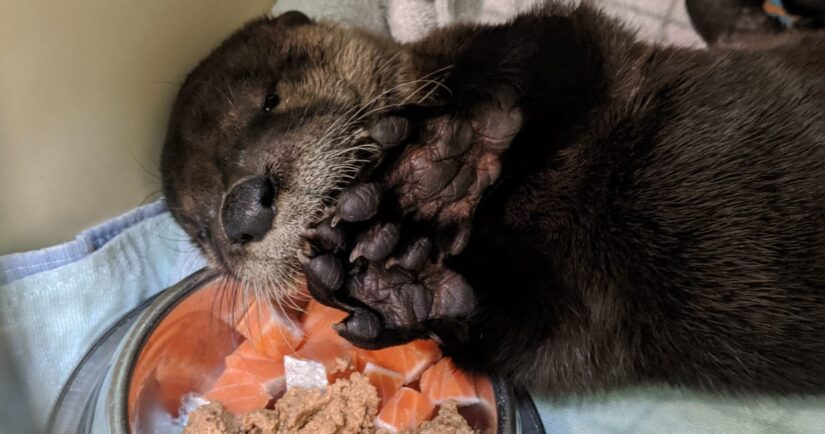 “The otter might have a long road to freedom ahead of her,” says Wallace. “But she’s in good hands now!”