A new study conducted by the BC SPCA in collaboration with external researchers finds that a declaw ban does not lead to increased feline shelter intake or euthanasia.

In 2018, the College of Veterinarians of British Columbia announced a ban on feline declawing, a decision hailed by animal welfare organizations. “For two decades the BC SPCA has been on record opposing procedures such as declawing, tail docking, ear cropping, and devocalization that impact an animal’s ability to experience good welfare and to express natural behaviours, so we were thrilled when the ban was announced,” says Dr. Emilia Gordon, senior manager of animal health for the BC SPCA. “But opponents of declawing bans often voice concerns that it could lead to greater relinquishment of cats to animal shelters and we wanted to understand if these concerns were warranted.”

Over the summer, Dr. Gordon and Dr. Karen van Haaften, senior manager of behaviour and welfare, collaborated with external researchers, Dr. Alexandre Ellis from Shelter Outreach Consultation Services and Dr. Sasha Protopopova from the Animal Welfare program at the University of British Columbia, to perform an in-depth analysis. This study went beyond simple intake and euthanasia counts, also including length of stay, euthanasia requests by guardians, and a detailed look at intake and outcomes with formal statistical methods. 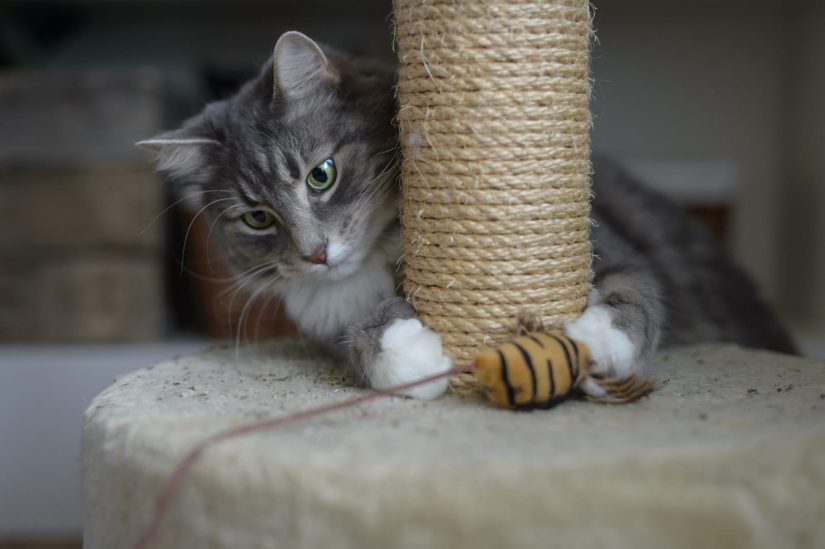 “We wanted to perform a formal, peer-reviewed analysis so we could answer the question that has been asked so many times: does a declaw ban cause more cats to end up in shelters or be euthanized?” says Dr. Gordon. “And 74,587 cats in BC have spoken: it does not.”

The team analyzed six years of data (including three years before and after the ban) representing the majority of animal shelters in the province of B.C. After analyzing records from 74,587 cats, they found:

“As far as we know, claims by opponents of declaw bans that bans could lead to greater relinquishment of cats to animal shelters are not substantiated by any data, anywhere,” says Dr. Gordon. “Now we know with certainty that in B.C., this did not happen.”

In fact, another recent BC SPCA study showed that 82.6% of cats surrendered were for human-related reasons such as housing, human health, or financial challenges. Among the smaller percentage of cat-related reasons, aggression and house-soiling are the most common reasons. According to Dr. Gordon, both of these can be worsened by declawing.

Dr. Gordon says the data points to two important factors – that the ban on declawing has not increased cat intake in shelters, and that greater support is needed for families to address the human factors related to pet relinquishment.

“We hope this data can be used by veterinarians, veterinary regulators, animal shelters, and community members to support bans against unnecessary and painful cosmetic surgeries and to begin discussions about how we address the systemic issues in our society that separate families from their pets.”

This is the first peer-reviewed study assessing shelter data in a jurisdiction with a declaw ban. The primary author is Dr. Alexandre Ellis. It was published in the Journal of Feline Medicine and Surgery on September 13, 2021
and is available online here.