Mindless predators? Taking a bite out of shark myths! - BC SPCA

With World Oceans Day coming up on June 8, now is the perfect time to shine a spotlight on one of the most feared and misunderstood creatures in our waters: sharks. Are they really the mindless predators we make them out to be? Find out the truth behind some common shark myths. 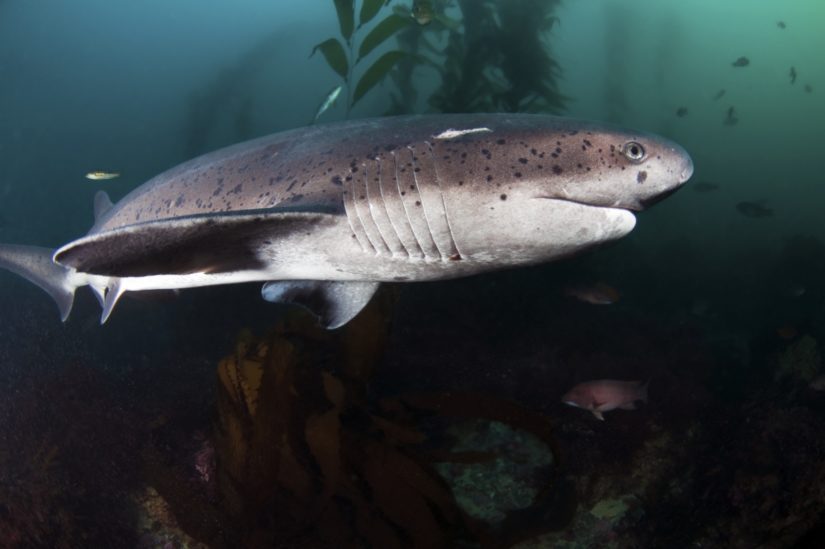 Myth: Sharks are basically all the same

When people think of sharks, they tend to imagine huge fish with gaping mouths full of endless rows of sharp teeth.

In reality, sharks are a diverse bunch. Representing more than 500 species, they range in size from the diminutive dwarf lantern shark, a mere 8 inches in length, to the massive whale shark — the largest fish in the world — who measures in at a whopping 40 feet from snout to tail.

As for those famous teeth, they are as varied as the foods sharks eat. Take basking sharks, for example. These bus-sized fish, once common to British Columbia (yes, we have sharks!), have hundreds of small, basically non-functional teeth. Basking sharks are gentle giants, swimming along the surface of the water with their enormous mouths wide open to filter out their tiny plankton prey. 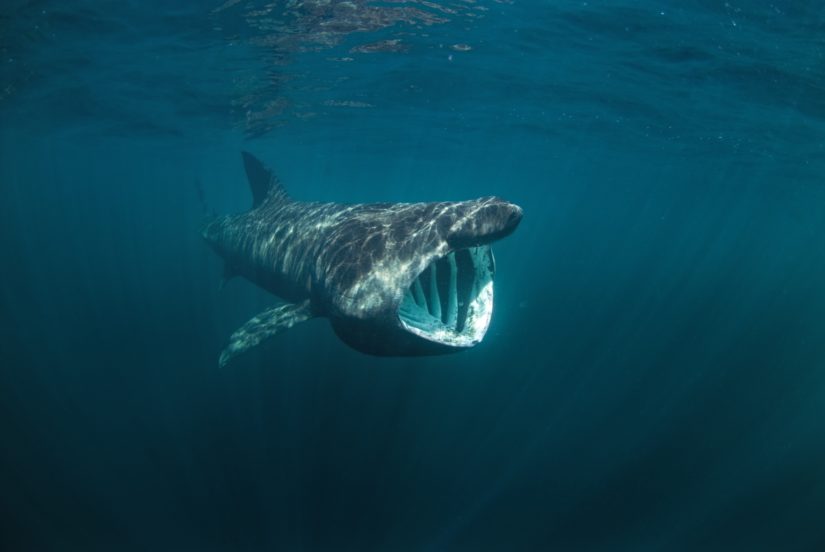 Often portrayed as simple, instinct-driven animals, sharks are in fact highly specialized. With several hundred million years of evolution behind them, their senses and abilities are finely honed to the watery habitats they call home.

Sometimes called “swimming noses,” sharks can easily detect a single drop of fish extract dispersed in an Olympic-sized swimming pool. Locating the sound of an injured fish at distances of up to 250 metres is no problem. Perhaps even more impressive, sharks can pick up on the weak electrical signals emitted by their prey with a sensitivity equivalent to detecting a standard D battery from 1,300 kilometres away.

Long assumed to be loners, sharks actually show complex social behaviour. Sand tiger sharks, for instance, have networks of up to 200 “friends,” some of whom are their “best friends” — individual sharks they encounter more than 20 times over the course of a year. 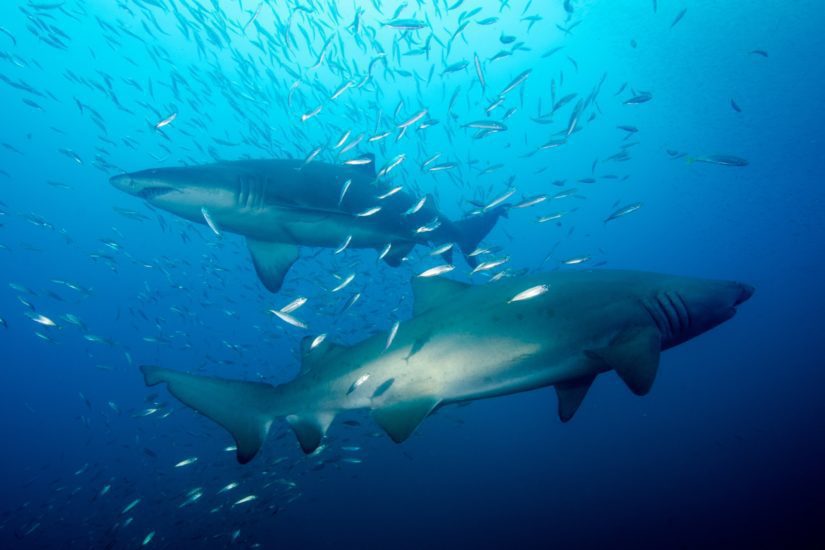 Considering how many people swim, work and play in the water, shark attacks are rare. The odds are definitely in your favour here: of being attacked by a shark, about 1 in 11 million; of the attack being fatal, about 1 in 264 million.

As for dietary preferences, sharks are opportunists, feeding on a variety of foods, live or dead. Sharks eat zooplankton, fish, lobsters, crabs, squids, octopuses, seabirds, sea turtles, other sharks and even marine iguanas. They also scavenge on the carcasses of whales, dolphins and seals.

Scientists once believed that all sharks are carnivores – until they saw a bonnethead shark feeding on seagrass! Bonnetheads are the first known omnivorous species, with up to 60 per cent of their diet composed of seagrass. 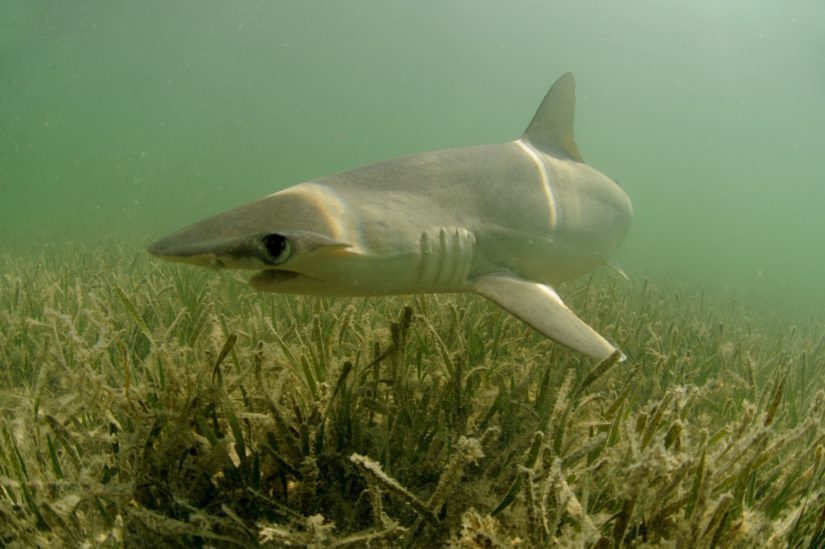 Myth: Nothing can hurt a shark

Sharks do have predators; chief among them are whales, seals and other sharks. Like other animals, they are susceptible to diseases and parasites. They are not immune to cancer as is commonly thought.

Despite their fearsome reputation, sharks are surprisingly vulnerable. They may have survived several mass extinctions over their more than 400-million-year existence, but, sadly, human actions have caused shark populations globally to decline by 50 to 80 per cent since the 1970s.

The greatest threat comes from overfishing. Sharks are long-lived and slow to mature. Greenland sharks, for instance, might reach 150 years of age before they reproduce for the first time, and are thought to have a lifespan of several hundred years! Add to that long pregnancies (two years in some cases) and small litters (sometimes only 1 or 2 pups), shark biology makes it difficult to overcome fishing pressures. 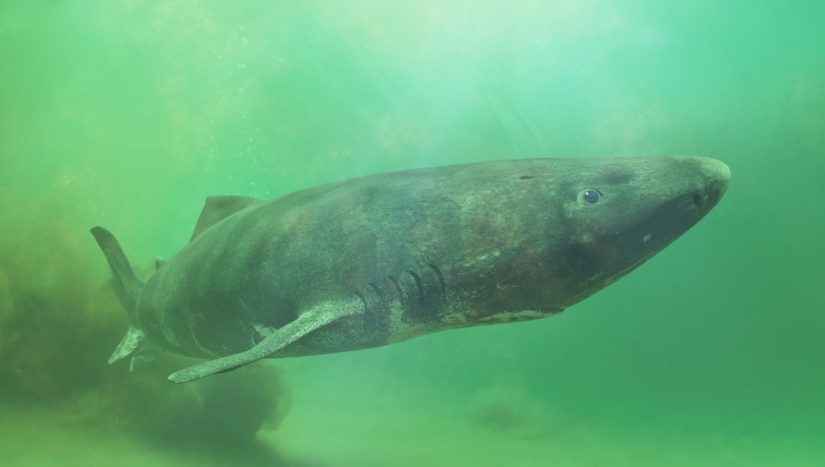 For animals as elusive as sharks, it can be difficult to imagine having a tangible impact on their lives. But one way you can make a real difference for these misunderstood creatures is by supporting efforts to end shark finning.

As you may know, shark finning involves cutting the fins off of live sharks and tossing them back into the ocean. Now referred to as “logs,” these helpless individuals sink to the bottom to starve while slowly being eaten by crabs and small fish. An estimated 10 to 100 million sharks are killed this way each year. The good news? A ban on the importation and exportation of shark fins in Canada is close to becoming law. Hear an update on its progress, and sign up for BC SPCA action alerts on these and other animal issues important to you.