The BC SPCA is seeking donations to help a cat who was struck by a vehicle after collapsing and becoming frozen to the ground on a highway near Montney, in northern B.C. 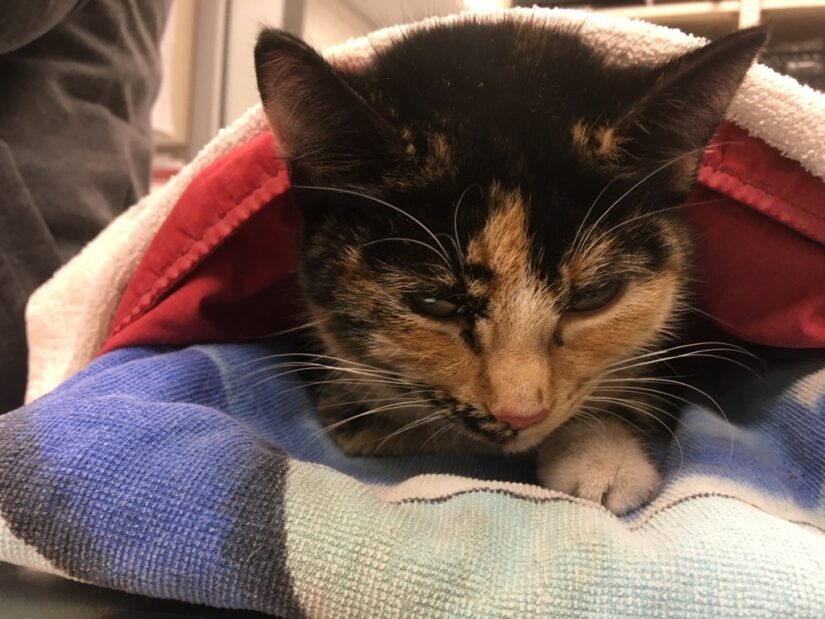 “We believe this poor cat was wandering and probably succumbed to hypothermia and collapsed in the middle of the road,” says Candace Buchamer, manager of the North Peace SPCA in Fort St. John. “A semi-truck driver was travelling the icy highway when he saw a dark spot in the road. He watched in dismay as an oncoming vehicle drove right over it without slowing.” The kind-hearted truck driver who witnessed the incident pulled over and saw the dark bump was a cat, who was miraculously still alive despite being directly struck. “When he went to lift her from the road he realized that she was frozen to the ground,” says Buchamer. “He rushed her to the nearest veterinary clinic, who contacted the SPCA.”

The cat received emergency treatment for hypothermia and she gradually responded and became bright and alert.  Further assessments showed that her leg is severely fractured below the knee joint and she is suffering from skin wounds from road rash that will require treatment. 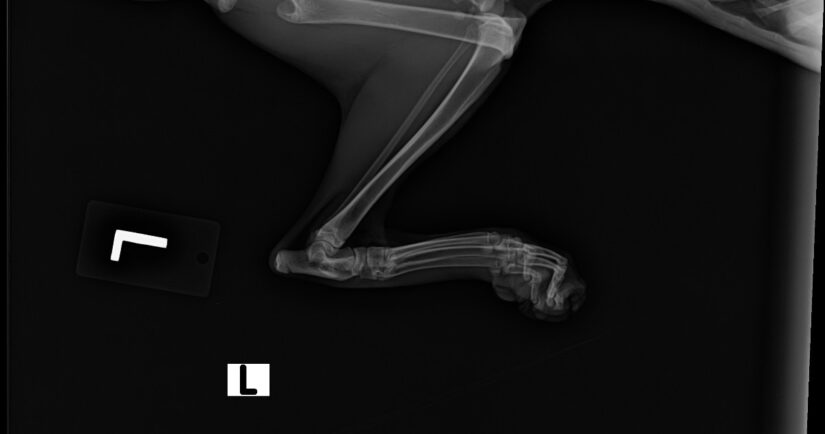 “We estimate that her care costs for the surgery and ongoing care will be approximately $2,500,” says Buchamer. “She is such a sweet, friendly kitty. Despite her injuries she is very curious about her surroundings and loves to interact with the people who are caring for her.”

Buchamer says the cat must have had an angel watching over her to survive, not only her hypothermia but being crushed by the vehicle who struck her. “We are so grateful to the truck driver who stopped to help her, and we hope animal lovers will help us give her the happy ending and new, safe home she deserves.” Donations can be made to https://medical.spca.bc.ca.

The BC SPCA will also be holding a naming contest for the cat. For details, visit spca.bc.ca or follow along on Facebook.