The BC SPCA is hoping you can help give Ivy a happy ending to a harrowing ordeal. The seven-week-old kitten was recently brought to the BC SPCA location in Kelowna after being thrown from a moving vehicle. The impact was so severe that her tail skin was almost completely removed and one of her femurs were fractured.

Upon arrival, Ivy was immediately administered medication to relieve her considerable pain. After her examination, it was determined that her tail was beyond repair and will need amputation. She will also require surgery to repair her femur. 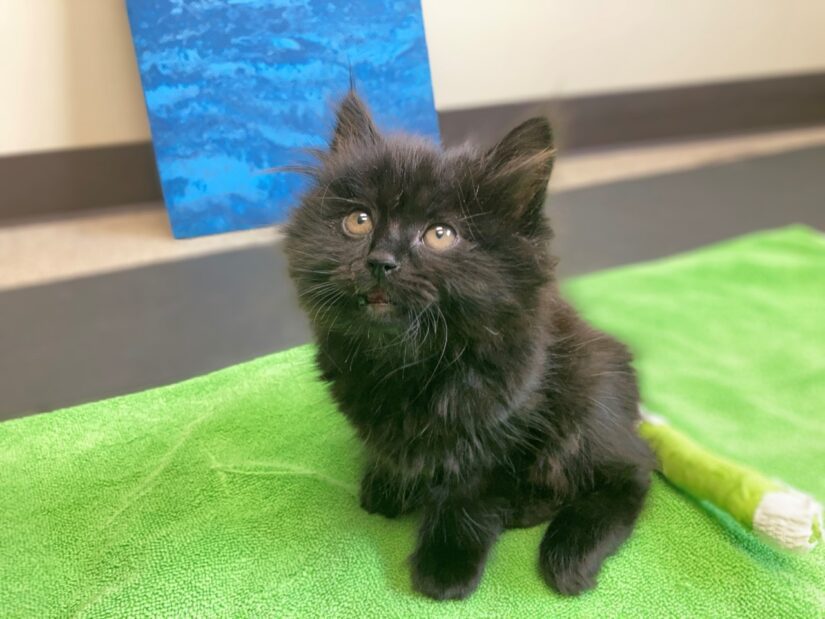 When Petsecure learned about Ivy’s terrible experience, the company generously offered to match all medical donations up to $3,500 to help. This aid would cover her medical costs, including surgery, medication and treatment until she’s ready for adoption.

Despite her injuries, Ivy is a healthy and happy kitten and is expected to have a purr-fectly normal life once she’s fully recovered. 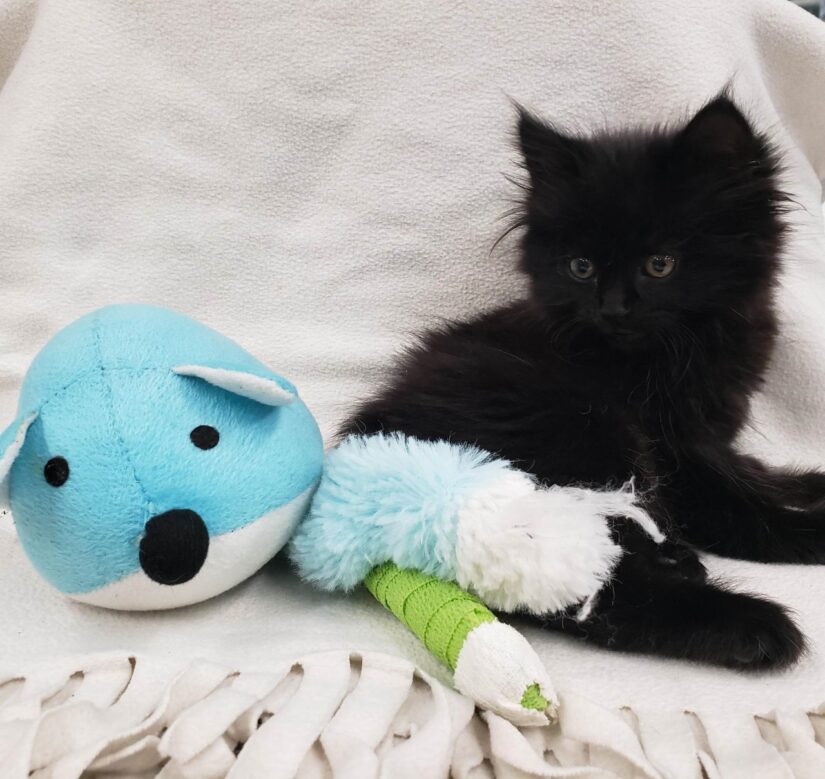 “Ivy is a fighter and survivor,” says Sean Hogan, manager of the BC SPCA in Kelowna. “She has made great progress in a few days and though she’s a bit wobbly, she’s started to move around a bit more now that she’s no longer in pain. She loves to play with string toys and is eager for the attention from staff.” Once Ivy recovers from surgeries, she will be available for adoption in about six to eight weeks’ time.