The BC SPCA is hoping you can help Hero get a leg up on life. The kitten was recently brought into the BC SPCA in Quesnel by a Good Samaritan after he was found roaming their yard wearing with what appeared to be a cast or a bandage on his front leg.

As soon as Hero arrived to the shelter it was apparent that the bandage was tied so tightly around his leg with a purple elastic hair tie that it had worn through the flesh and was directly on the exposed bone. As a result, the young cat’s leg was in advanced state of necrosis. 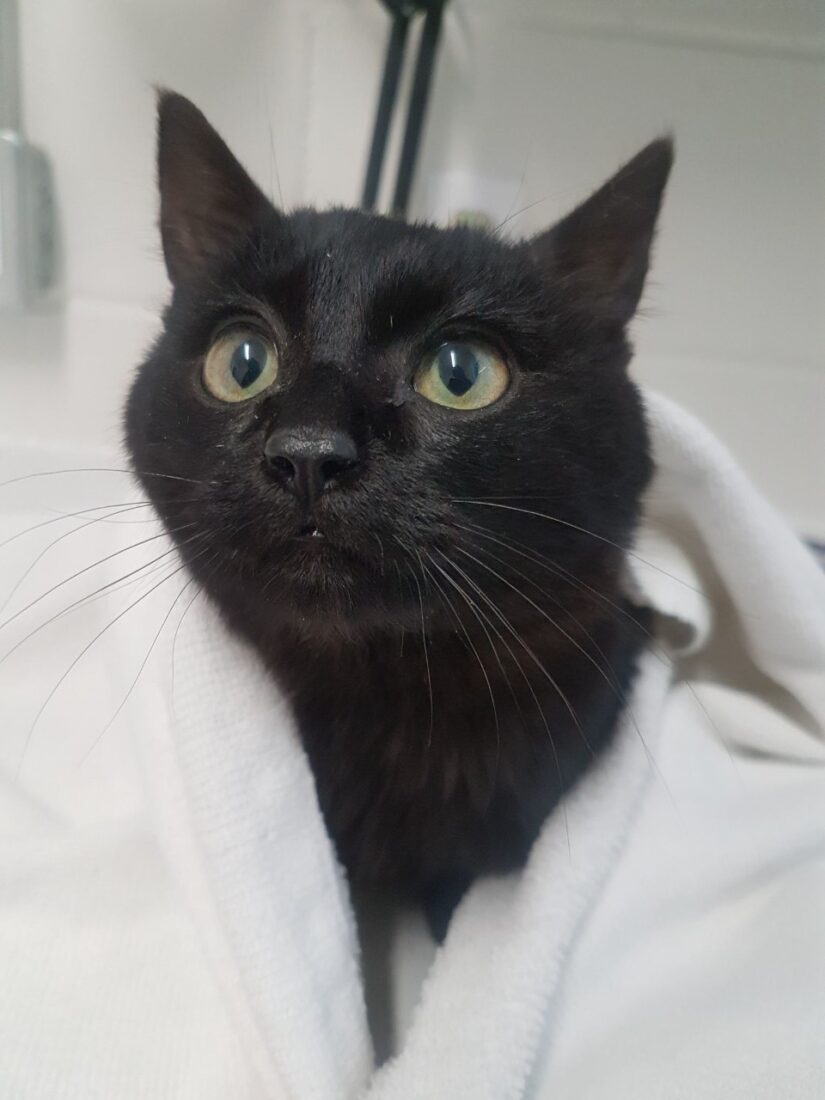 “We are not sure why the band was placed around the kitten’s leg,” says BC SPCA Quesnel & District manager Colby O’Flynn. “Whatever the case might be, the elastic tie caused the kitten long-term suffering and the loss of use and function of the leg.”

Little Hero was immediately administered medication to alleviate his discomfort, and will require surgery to amputate his front leg. He will also be neutered while in SPCA care. After surgery he will spend four to six weeks in foster care before he’s ready to be adopted. The total cost of his care is estimated to be $1500.

Despite all he’s been through, O’Flynn calls Hero “very friendly” and notes he’s “very comfortable” around people.

“Hero is a sweetheart. So affectionate and talkative,” she says. “He doesn’t let his leg slow him down for one minute. He still manages to run, jump and climb. We can only imagine how happy he will be after his surgery and can start his new 3-legged life in a forever home.”