The BC SPCA’s East Kootenay Branch in Cranbrook is seeking your help with medical costs for an adorable nine-year-old Shih Tzu who came into SPCA care suffering from a number of medical issues.

“When Shelby arrived at the branch she was covered in matted fur and we could tell right away that something was wrong,” says branch manager Christy King. “She already had one of her eyes removed, and the fur around her remaining eye was caked with puss and debris, causing the skin on her face to become infected.” 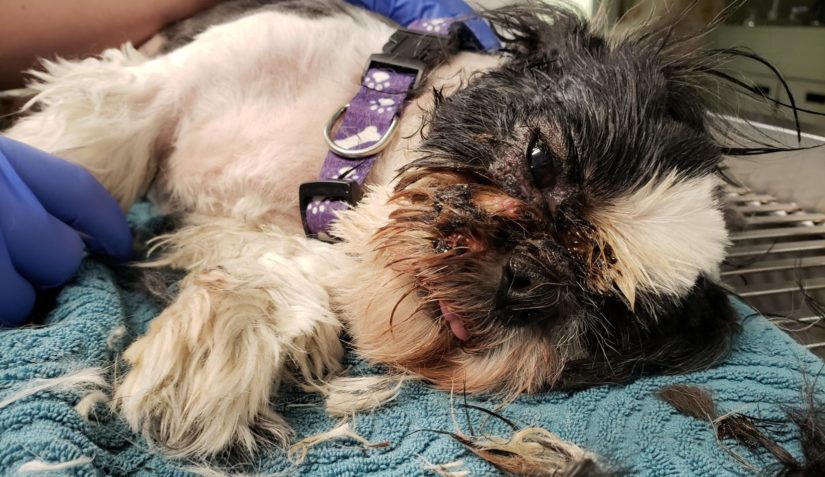 Shelby also has multiple masses on her body, including a mammary tumor that will need to be removed and sent for testing, and severely infected ears and dental disease.

“Despite her suffering Shelby is just a bundle of affection and energy,” says King. “She loves being with people and soaking up love and attention from everyone she meets”. King notes that Shelby will have to wait until the skin on her face heals before she can have surgery, likely two-to-four weeks. “Her medical costs are estimated to be around $4,200, but we desperately want to help this special little girl get well so that we can find her a loving, forever home.”