The BC SPCA is hoping you can help Ping, a beautiful orange tabby, who was attacked by two dogs.

Ping was brought to the BC SPCA by a good Samaritan who saw two dogs shaking something and tossing it in the air as he was driving down a rural road just outside Enderby. When he realized it was a cat, he stopped and got out of his truck and the dogs dropped the cat and fled. He was able to catch Ping, who was covered in drool and blood, wrap her up in his leather jacket and bring her to the shelter. 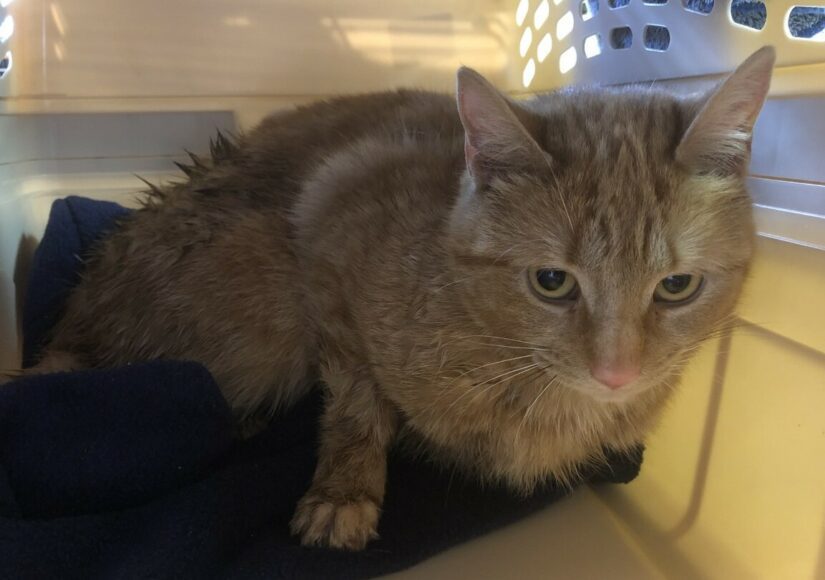 “When Ping arrived she was very cold, wet and frightened,” says Victoria Olynik, manager of the Shuswap BC SPCA. “She was so frightened that when we unwrapped her from the leather jacket she tried to run from us but her back legs weren’t working, so we rushed her to the veterinarian.”

The veterinarian determined Ping had a number of puncture wounds, bruising and a fractured pelvis. Due to swelling at the site of her injuries she was prescribed rest and medication. 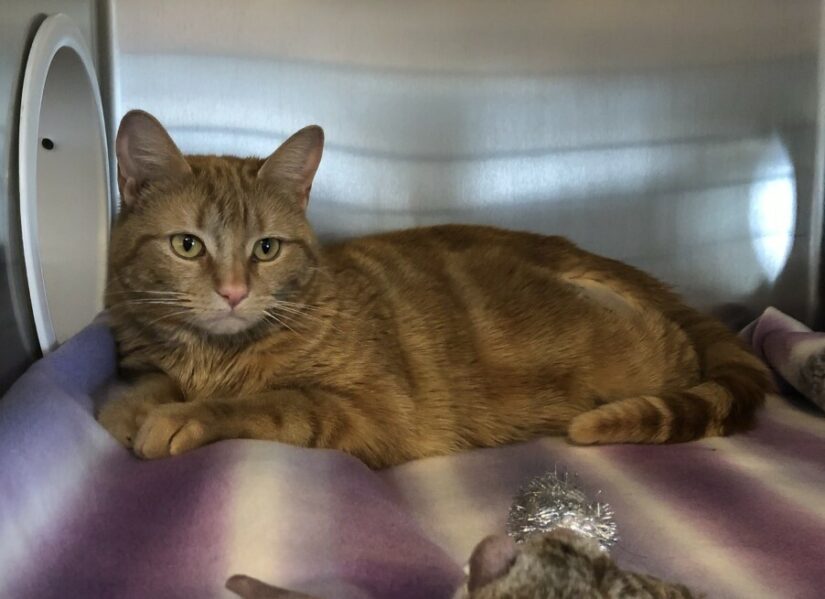 “Once Ping was back in our care it took several days for us to learn just how sweet she was,” says Olynik. “She is shy and will flinch if you move too quickly around her, but she will roll over for belly rubs & chin scratches and loves to sleep in her bubble bed.”

In addition to her daily care, Ping has received vaccinations, de-worming, pain control and antibiotics. She will be checked to see how her fracture has healed and may require further treatment. When she is ready she will be spayed and available for adoption.

“I will never forget the look on Ping’s face as she watched the man who rescued her leave the shelter,” says Olynik. “Her eyes softened. She seemed to know what he had done for her.”

Ping has already been in the BC SPCA’s care for over six weeks and her stay may be extended depending on how her fracture has healed.

Help Ping and other animals in need at the BC SPCA