Cat videos are popular online, and the BC SPCA’s Tip Tuesday videos, featured every Tuesday on Facebook, are no exception. Since the weekly videos launched in January, the segments featuring cats garner more views, likes and shares than any other. One of the most popular with viewers to date is the Tip Tuesday video about recognizing when a cat does not want to be picked up. 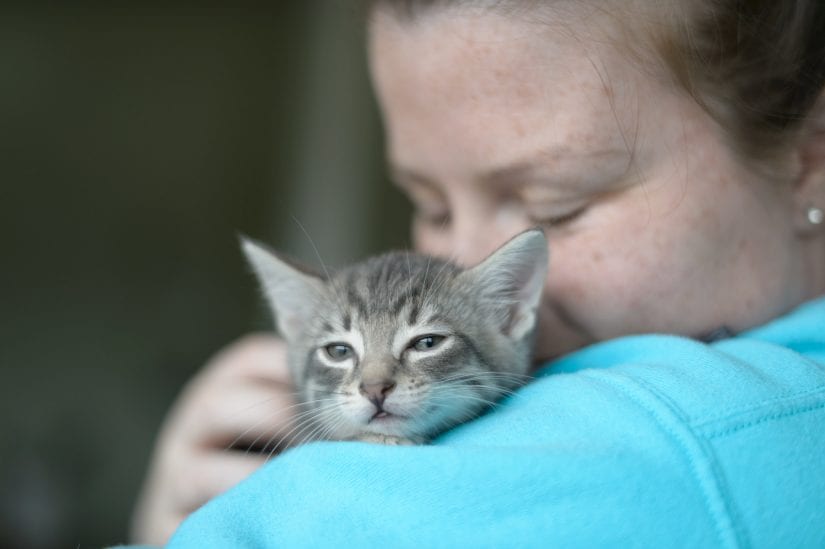 “I think that even the best pet guardians can forget, sometimes, that it is important to pay attention to what your cat is telling you through his body language,” says BC SPCA manager of animal welfare Kim Monteith. “We may want to pick him up and cuddle, and if he doesn’t want to be handled at that particular moment, it is important to respect his wishes.”

When approaching a cat, always put your hand out – not suddenly, but slowly, so as not to startle him with any sudden movements, and let him smell you. If he seems agreeable to being pet, always start with petting or scratching under his chin rather than over his head, Monteith notes.

“Don’t stare at the cat with your eyes wide open – that can be scary. Instead, approach with your eyes slightly closed, blinking, and look for signs that they don’t want the petting,” she says. “If they pull away, don’t bother them and try to pick them up or pet them more. When they tell you ‘no’, listen to them and take a break.”

The video is a great one for children to watch, as it shows the importance of not forcing your love on your pet, even if you really want to at that moment, Monteith says.

Want to receive more news stories like this, right in your inbox? Use the form below to subscribe for updates.