Lemon, a paralyzed rescued cat, pays it forward by teaching new foster kittens ‘how to cat’ - BC SPCA

Last August, an orange kitten was brought into the BC SPCA branch in Nanaimo last year as a stray, after being attacked by a dog. His injuries from the attack were so severe that his back legs were paralyzed. He was immediately fostered, and later adopted, by Amy Hunt, a veterinary tech assistant at VCA Canada Island Animal Hospital.

“We weren’t sure about his quality of life at the time,” she says. “It had been a while since they had a paralyzed kitten come into the branch so it was worrying on all fronts.”

However, Hunt says that the kitten, who she later named Lemon, didn’t seem like he was in any pain. “He was happy, purring, eating.”

Almost every day for a month, Hunt says she communicated and worked with Nanaimo branch manager, Leon Davis, trying to figure out what they could do to best help Lemon. 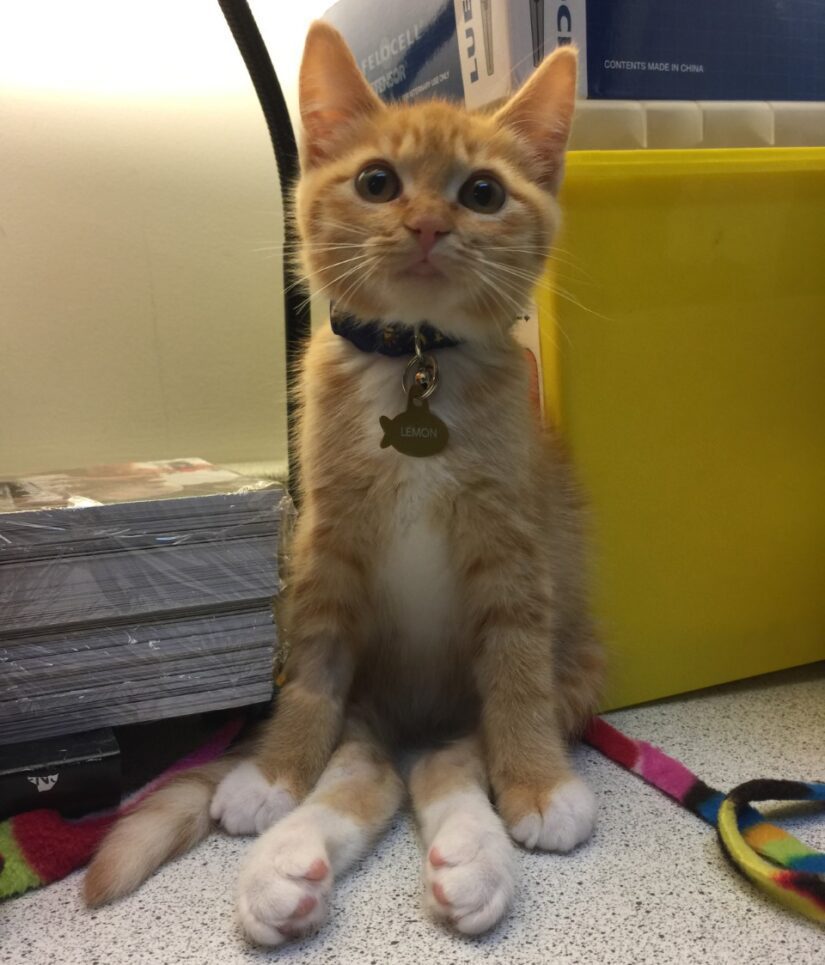 Hunt says paralyzed animals do not always have the best outcomes. “So it was awesome we were able to have some time with Lemon to see where it would go and have that really great evaluation. The BC SPCA was very supportive in trying different methods to help him.”

It was recommended that Lemon go to rehab for physio where he received laser treatment, and went through obstacle courses and treadmill to help regain some of his mobility.

“He was a little fighter,” remembers Davis. “We’re really happy and proud of his progress.”

Lemon also received acupuncture, which, Hunt says, he is still doing. “We call it his worship time where he sits on a towel and receives acupuncture and purrs.”

Within the last year Hunt says Lemon has regained a lot of sensation and movement in his hind legs and his tail. “He has localized reflexes, which is great. He moves around faster than most other cats since he scoots. He’s very strong.”

Now that Lemon is happier and stronger than ever, he’s paying it forward by helping two foster kittens, Leo and Oliver, from the Nanaimo Branch whom Hunt has taken into her care.

“We call them his tangerines because they’re little orange kittens too,” says Hunt. 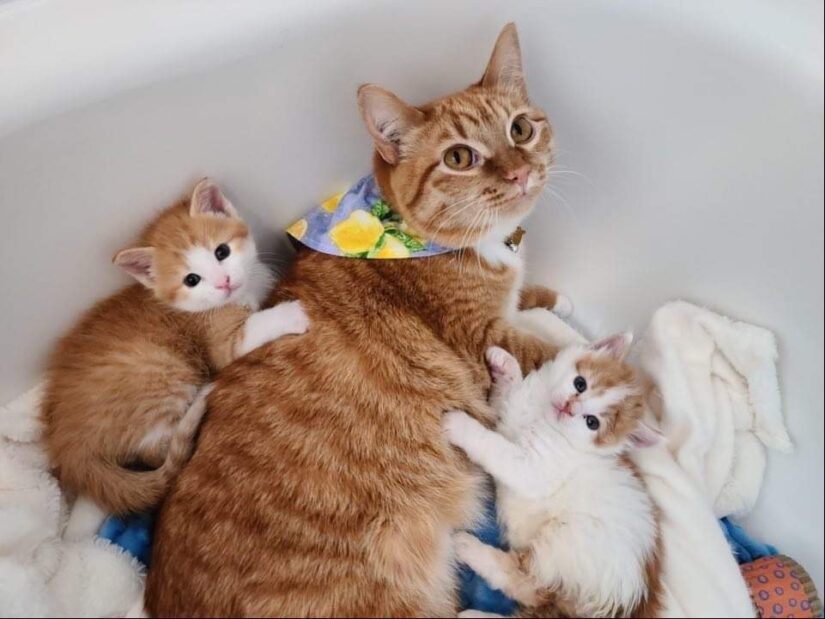 While initially it took Lemon about a day to warm up to them, Hunt says that within the second day, “he decided that they were his babies.”

Now, “It doesn’t matter where he is in the house, if he hears them meowing and they need to be fed, whatever he’s doing, he will stop and go to them,” she says. “He will groom them, and do what he needs to do in order for them to calm down. He absolutely adores them.”

Hunt says Lemon has taken it upon himself to teach the kittens ‘how to cat.’ “With orphaned kittens, they can be a bit wild. They don’t know how to groom, or how to do responsible playing. So he is teaching them how to do it.”

Lemon has particularly taken to Leo, the more orange kitten who just happens to look like him the most. “They like to snuggle,” Hunt says.

While Hunt admits that Lemon will probably be sad when the kittens ultimately are adopted out and leave, “I’m sure there are more kittens coming down the line.”

More kittens for Lemon to snuggle, no doubt, and pay his TLC forward.

“He has a great quality of life and he’s very happy,” says Hunt.