How wildfires affect wildlife - BC SPCA

Every year wildfires devastate lives and communities in British Columbia, putting wildlife and humans at risk. Wild animals have developed strategies to fly, run or bury themselves to escape from fires, but the change in habitat and food resources will have a lasting impact for generations.

What happens to wildlife during a wildfire?

Most animals can sense the danger wildfires pose. While many larger and quicker animals can run or fly away from the flames or seek refuge in water to avoid injury, smaller animals might attempt to seek shelter in logs, under rocks, or by hiding in their burrows.

Some predators might even take advantage of the confusion and will hunt small or young animals who are fleeing the blaze or who are left behind because they are unable to keep up.

Do animals die during a wildfire?

Unfortunately, some animals do die in wildfires. Typically, the fallen are slower moving species, like porcupines, or young animals, like nestling or fledgling birds, who are unable to escape. Often the animals who don’t survive wildfires die as a result of smoke inhalation, oxygen deprivation, or serious injuries. Animals, including birds, might also suffer from heat exhaustion and dehydration. 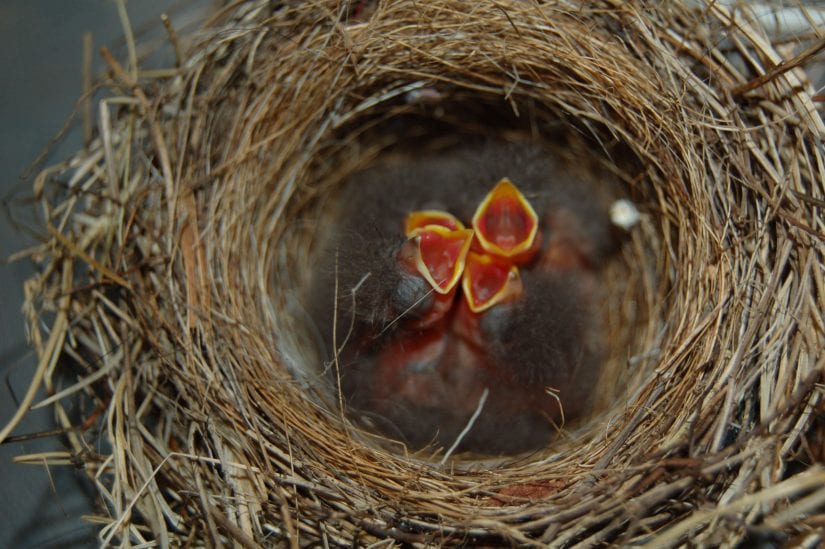 What happens to wildlife after a wildfire?

The biggest impact comes after a wildfire has moved through an area. Wildlife can perish as a result of habitat loss with food sources and nesting sites burned in the fire. The devastating flames destroy the food, water, and shelter wildlife need to survive – an impact that can last for years. The burned landscape left after a wildfire often results in a new type of habitat, replacing forests with shrubs and grass.

Species who rely on old growth forests for their diet and shelter will suffer the most. Others who are able to relocate to new areas will compete with other wildlife for the same resources and potentially come into conflict over territory. This new migration can also cause animals to wander into urban and suburban areas where they come into contact with humans they would normally avoid.

During wildfire season, or in times of severe drought, you can help wild animals: