For many people, fireworks are an exciting and fun experience. But for animals, including those on farms, fireworks can be extremely frightening.

Unlike our dog and cat companions, farm animals can’t be brought into our homes to be comforted and protected in the same way we would with our cats and dogs. This means that the effects of fireworks on farm animals can be devastating. 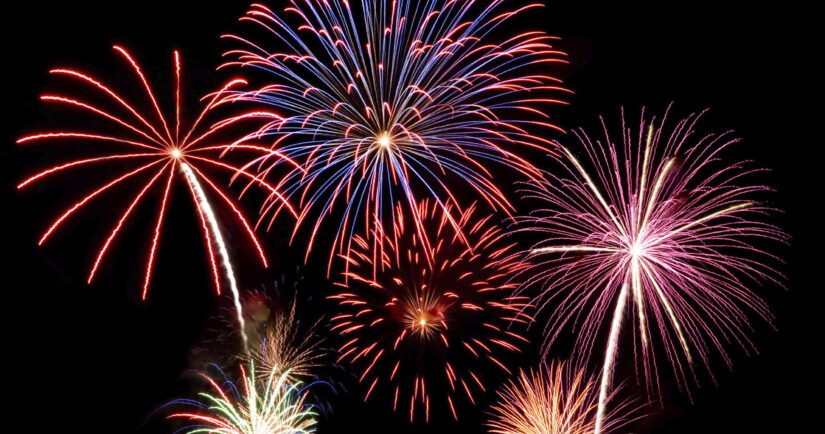 The loud noises and bright lights associated with fireworks can be very harmful to farm animals, both mentally and physically. The flashes and bangs can make animals feel anxious and afraid. The unpredictable nature of fireworks can be stressful for animals, even after the display has ended — they remain on edge fearing the next explosion.

Farm animals can be so startled and alarmed by fireworks that they go into a state of panic, often trying to flee or escape. This can lead to injuries, sometimes very serious ones, as they attempt to run or hide from the noise. Animals may die or injuries may be so severe that euthanasia is the only humane option.

When outdoors, horses, cattle and sheep may try to jump or break through fences and gates, which can result in lacerations, strains, sprains and even broken limbs. Escaped animals are also at risk of being hit by a car if there are roads nearby. Herds may stampede after being spooked by fireworks, which can injure and even kill other animals who get trampled.

Animals housed indoors are at risk of injuring themselves on fixtures or fittings within their housing if startled. When startled, flocks of chickens may go into a panic and pile together, sometimes crushing one another.

As a horse guardian, Kim Herman knows all too well the dangers that fireworks pose to animals. One of her horses in particular, a 30-year-old Pony of the Americas named Leo, is especially bothered by the fireworks despite his usually confident and brave nature. Leo has been in Kim’s care since he was four years old, and enjoys his time trail riding.

Leo never used to be afraid of fireworks, but over time his fear of them grew. On occasions with known fireworks, Kim will keep her horses safe in their stalls and will turn on music to drown out the sound outside. She will try to distract Leo by giving him hay or brushing him, and always stays by his side — often for hours at a time — to try and comfort him.

While these techniques worked to keep Leo calm in the past when he was younger, they no longer work for him anymore. “Leo does not want to stay in his stall when fireworks are going off,” Kim explains. “He constantly paces and spins in his stall, and even kicks at the door. I’m afraid he will try to jump over it.”

She tried to see if Leo would be more comfortable outdoors in his corral, but this didn’t help. “Leo kicked a wooden railing off of his fence. It’s not safe for him to be outdoors. I’m afraid he will hurt himself,” Kim states. The stress of the fireworks is long-lasting, disrupting the feeding schedules of Leo and his partner Apollo, a 27-year-old Shetland pony.

To make matters more serious, Leo has Cushing’s Disease and Equine Metabolic Disorder, both of which put him at an increased risk of developing founder, a painful hoof condition. Leo receives medication to keep him well, and even wears specialized shoes to protect his hooves. “At his age, it is very important we prevent any hoof injuries, because if he develops founder, there is a very real risk he will not recover from it,” Kim says.

Kim cares deeply for her animals, and for their safety. Like many other animal lovers, Kim would like to see alternatives to traditional fireworks be used for the sake of all animals.

Find out more about the dangers posed by fireworks.