The results of a recent U.S. survey suggest B.C. may well be on the right track when it comes to dealing with outdoor-living cats. The U.S. national survey, commissioned by the Best Friends Animal Society late last year, reveals overwhelming support for the trap-neuter-return (TNR) method of managing populations of unowned, free-roaming “community” cats. A longtime issue in British Columbia, cat overpopulation is a crisis that the BC SPCA has been working to address, along with other rescue groups and humane organizations, veterinarians, cat coalitions, volunteers and animal lovers. 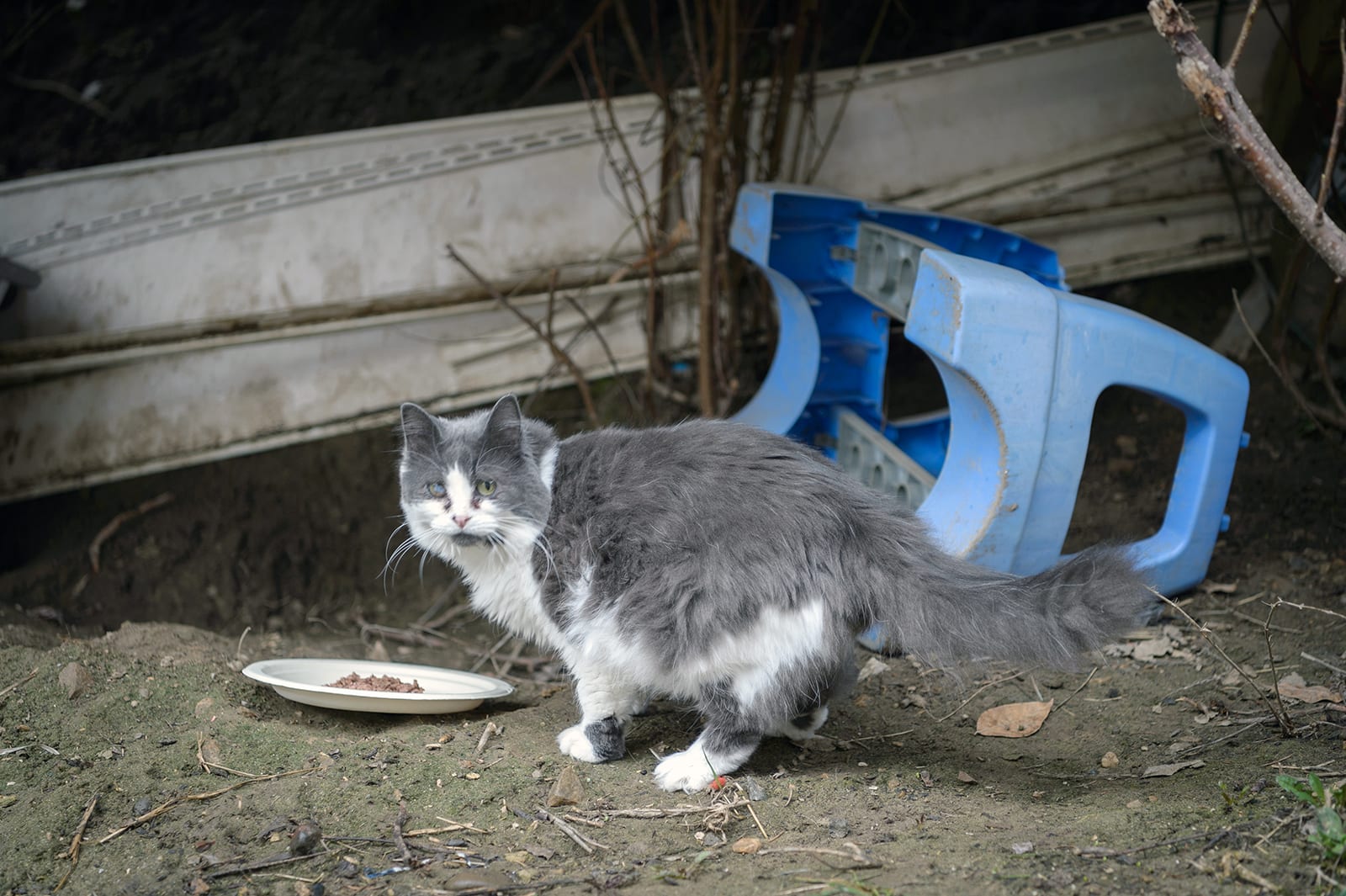 While the study is American, BC SPCA policy and outreach officer Amy Morris suggests Canadian attitudes toward free-roaming cats tend to mirror those in the United States.

“Though we have lower population numbers than in the U.S., we still see large numbers of free-roaming cats in colonies,” Morris says. “Many cat lovers provide food, water and shelter for the cruelly abandoned felines, but they lack the financial resources to pay for spay and neuter surgeries.”

The survey asked respondents to indicate their preference from among three options for managing community cats, and 68 per cent chose “sterilize and vaccinate healthy stray cats and return them to where they were captured (TNR)”, compared to only 24 per cent who chose “impoundment by shelter staff followed by lethal injection for any cats not adopted” and the eight per cent who chose “do nothing.” The second question asked which one of six factors most influenced survey participants’ response to the first question, with36 per cent choosing the health/welfare of the cats, followed by public health (32 per cent), cost (16 per cent), environment/conservation (10 per cent), property rights (four per cent) and ‘other’ (one per cent).

Tens of thousands of cats and kittens live outdoors in B.C., suffering from illness, injuries, starvation, frostbite and predator attacks. Using the TNR method is one of the ways the BC SPCA is working to help tackle the cat overpopulation crisis as a priority in its 2014-2018 Strategic Plan, where donor funds designated to sterilizing cats are earmarked toward helping these outdoor, free-roaming cats whose offspring suffer the most. The BC SPCA dedicates roughly $2 million each year on spay/neuter programs in communities throughout B.C. and ensures that every dog, cat and rabbit adopted from an SPCA shelter is sterilized prior to adoption.

“In 2014, $80,000 was allocated to assist outdoor cats, with another $80,000 being distributed in 2015,” Morris notes. “The BC SPCA ensures projects are targeted and successful: 100 per cent of the cats in a colony are sterilized, and colony caretakers provide ongoing monitoring in case any additional cats are illegally abandoned. They ensure any new arrivals also receive spay or neuter surgeries.”

Hedley, Nanoose Bay, Prince George and Gold River are among the many B.C. communities working with the BC SPCA to use the TNR method to help control the growth of the outdoor cat population. All are small communities with limited resources but with dedicated municipal governments, volunteers, veterinarians and animal lovers who work together towards a common goal of a future without any homeless cats.

“It’s a community problem, and some communities in the province are really leading by example,” Morris says. “They have shown that by working together, British Columbians are capable of solving the problem of cat overpopulation.”