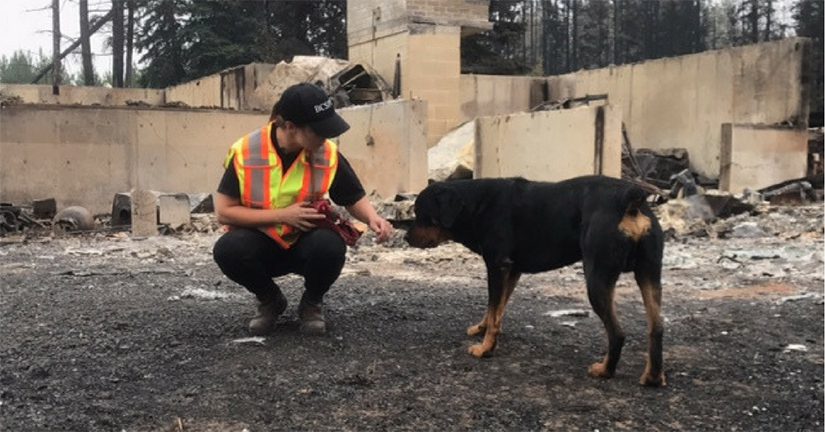 The BC SPCA is urging British Columbians to support the inclusion of animals in the province’s Emergency Management Legislation. The B.C. government is seeking input on modernizing the legislation until January 31, 2020.

“The devastating reports from Australia, where more than a billion animals are estimated to have died as a result of bushfires, are a somber reminder that both humans and animals are extremely vulnerable during a disaster, says Marcie Moriarty, chief prevention and enforcement officer for the BC SPCA.

“Currently B.C. does not require local authorities to include domestic animals in emergency planning, response or emergency support services. This has serious consequences for both animals and humans, including loss of animal life, increased likelihood of pet owners failing to evacuate if there are no options for their pet, pet owners returning to evacuated areas to try to save their pets and increased risk for emergency responders entering hazardous area to rescue animals left behind.”

Moriarty applauds the government for proactively re-examining B.C.’s legislation and approach to emergencies and for seeking input from stakeholders, like the BC SPCA. She notes that the BC SPCA has seen the danger of environmental emergencies first-hand in recent years, as the SPCA deployed emergency staff and resources to help pets and pet owners during flood and wildfire disasters that required tens of thousands of British Columbians to evacuate their homes.

“For many of us, pets are members of our families and when a natural disaster strikes and people are evacuated it is extremely stressful for them to consider leaving their animals behind or having to struggle to find resources to help care for them while the family is temporarily homeless.”

The BC SPCA urges concerned British Columbians to let the Honourable Mike Farnworth, Minister of Public Safety and Solicitor General, know that they care about animals in emergencies by adding their name to the petition.