The local dog park is a great place for you to play with your four-legged friend and enjoy the outdoors together. It’s also an opportunity for your pooch to connect with other dogs and socialize, and maybe for you to meet other dog-lovers in your community. In theory, everyone gets along at the dog park. In practice, however, things may not always run so smoothly. Manners can easily be forgotten. Some pet guardians might not even be aware of proper dog park etiquette.

Well-socialized dogs and their guardians help make dog parks a highly enjoyable experience for humans and their furry family members alike. Here’s what to keep in mind the next time you and your pup visit the local dog park, according to some of the BC SPCA’s accredited AnimalKind trainers.

Make sure your dog is prepared to meet other dogs

“You need to train and establish protocols well before you expose your dog to what could be a swarm of unknown other dogs,” says Bernadette van Klaveren at DAWG Training Academy. “Does your dog know how to meet-and-greet appropriately?”

Van Klaveren says the ideal greeting would be where dogs sniff each other’s hindquarters after they have approached each other calmly.

“Dogs are not very good at recognizing things visually. They are, however, superstars when it comes to recognizing people and dogs by scent.” 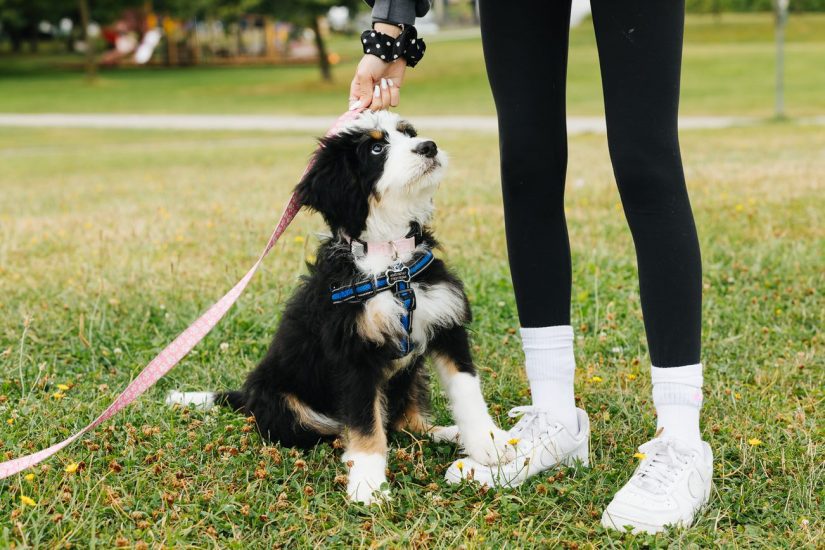 Don’t be afraid to interrupt the play sessions

“The foundation skill that can save your dog from grief in the dog park is the ability for you to interrupt the play between two or more dogs,” says van Klaveren. “This does not have to be a formal recall but rather is more like an intermission during a performance. Think of it as a little intermission, which often goes with refreshments (treats) for all parties, followed by a continuation of the performance.”

Van Klaveren says the rate of interruption should be between 15 seconds and two minutes of continuous play between the dogs.

“The more we repeat this, the easier the dogs will de-escalate and turn away from a possible confrontation.” If your dog is a pro at self-interrupting (for example, they sniff, lay down, turn away or check in with you), you don’t have to be overly vigilant. However, it really helps to do this with every new dog-to-dog encounter.

“Watch out for interactions between big and small dogs, especially chase games, as these can easily spill over from harmless fun into ‘predatory drift’,” says Kelsey Patterson at K9HQ Doggy Daycare Plus. “Meaning that the small dog suddenly turns from playmate to prey.”

If your dog park has separate areas for big and small dogs, Patterson recommends choosing the appropriate side that will keep your dog and others safe.

Be mindful of toys and games

Playing fetch at the dog park with a ball or frisbee can be fun, and is a great way to exercise your pet. However, van Klaveren says, if there are other dogs around, make sure to check in with their parents before you toss or throw.

“Maybe another dog is also ball crazy and would like to race your dog for the toy and steal it. Suddenly it is not so much fun anymore for your dog and could be dangerous if one of the dogs has some resource-guarding tendencies.”

It’s also a good rule of thumb to leave any toys at home that your dog is likely to be possessive over, says Patterson. “These are best saved for your backyard or an empty space without other loose dogs.”

If you do plan on playing ball or frisbee, make sure to bring at least four items to toss so there’s one for every dog. This will help to reduce any potential conflicts. 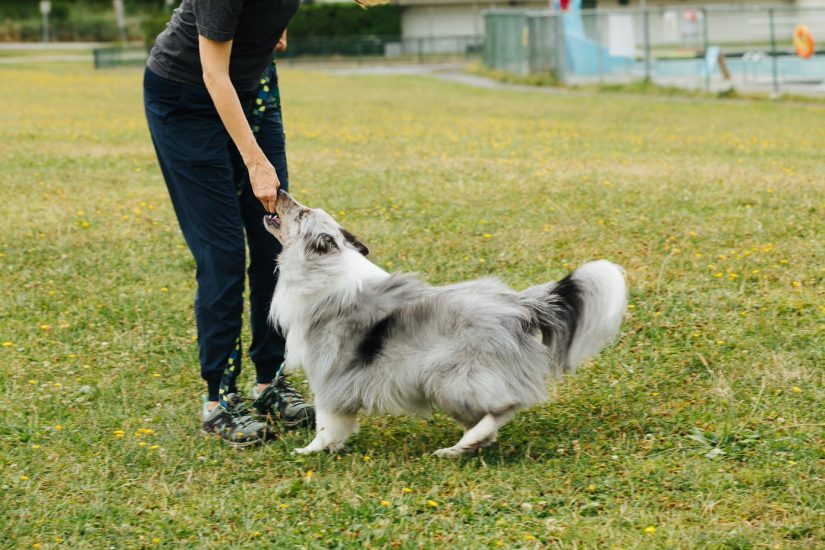 It’s okay if your dog outgrows the park

“Once your dog is six to eight months of age, spending time at the dog park can be a great way for him to have some quality dog-to-dog time,” says Sharon Labossiere of Hanging with Hounds. “But don’t be surprised if one day he doesn’t look like he is having as much fun.”

That’s because, according to Labossiere, it’s normal for many dogs around the three- to four-year-old mark to outgrow the dog park.

“It just isn’t as much fun for them anymore. You might find they do a circuit of the park and then head towards the gate or would just prefer to sniff around the perimeter rather than mixing it up with the others. This is really normal.”

Instead, maybe arrange a play date with a close doggie friend for some playtime and socialization. 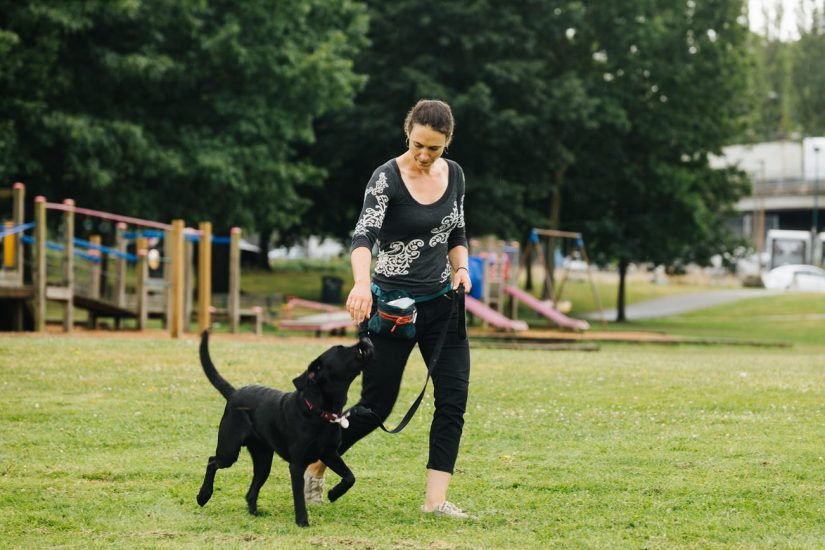 Some other dog park etiquette tips to keep in mind:

When in doubt, consider contacting the BC SPCA’s AnimalKind training program to find a kind and knowledgeable trainer who will help you foster a positive relationship between you and your dog.