Dog hit by car in Langley needs your help - BC SPCA

The BC SPCA is hoping you can help Lucky, a friendly and affectionate dog who was hit by a car in Langley.

“A Good Samaritan saw Lucky get injured and took action,” says Sarah Ringer-Vennard, manager, Abbotsford BC SPCA. “He was rushed to a veterinary hospital where they determined he had a broken left hind femur that required extensive plating to repair and a degloved tail (the skin had been removed from his tail) that required amputation.” 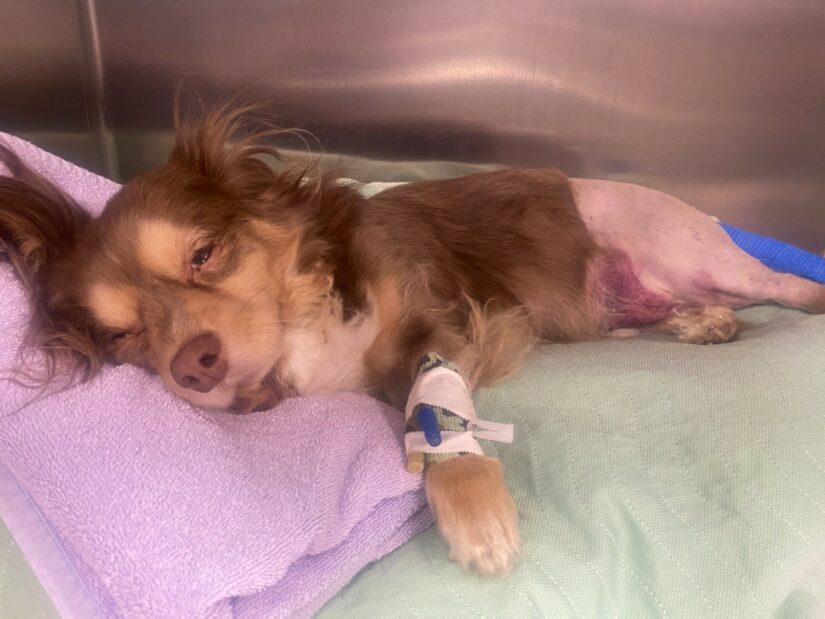 The hospital was able to locate his owner, but due to the veterinary costs, they requested that Lucky be surrendered. “The vet clinic called us to help and we took Lucky into our custody and took over his treatment costs,” says Ringer-Vennard.

His two surgeries required a lot of pain management, but he is recovering at a foster home now and being a big love bug. “Lucky is such a sweet guy who just loves to be with people,” says Ringer-Vennard. “He has also bonded with the foster’s cat – they give each other kisses.”

Lucky will be in the BC SPCA’s care for at least six to eight weeks and possibly longer depending on how quickly he heals from his surgeries. He will then be available for adoption.

Help Lucky & other animals in need at the BC SPCA