Five human medications dangerous to your pet - BC SPCA

Pet poisoning from over-the-counter and prescription human medications is much more common than you might think and can be very serious. Pets metabolize medications differently than people and drugs and herbal medications that are safe for us (and even children) may cause serious poisoning in pets. 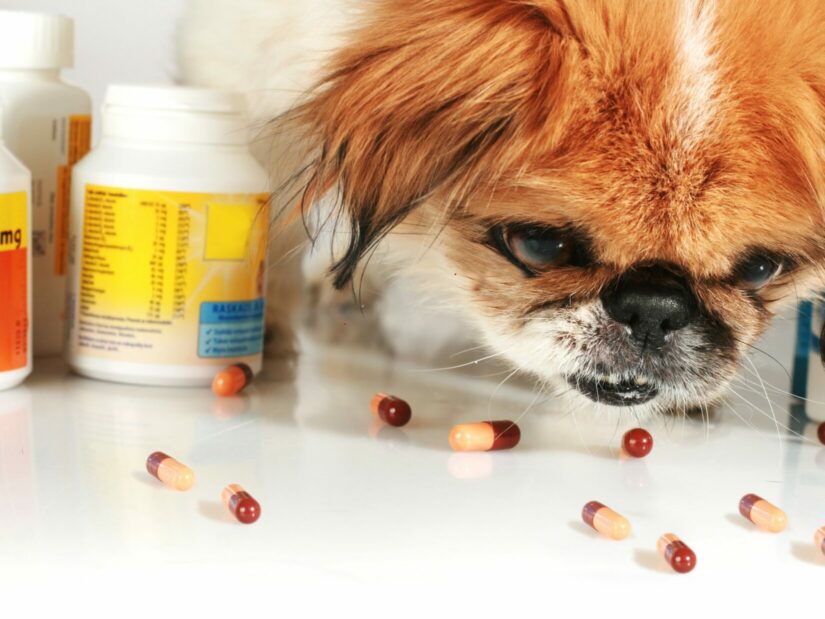 “Human medication poisonings also happen when pet owners try to treat their pet with their own medications,” says Dr. Kyla Townsend, veterinarian with the BC SPCA . “They see their pet in pain and want to help them so they give their dog or cat Tylenol or another over-the-counter medication, not realizing that it can be very harmful to pets.”

“If your pet has accidentally eaten some of your medications, bring in the bottle with the exact medication and its strength,” says Townsend. “It can be very useful for the veterinarian when treating them.”

Non-steroidal anti-inflammatories (NSAIDs) include common names such as ibuprofen and naproxen. Just one or two pills can cause serious harm to dogs, cats, birds and other small mammals (gerbils and hamsters). Ingestion of these medications could cause serious stomach and intestinal ulcers and possible kidney failure.

Although, acetylsalicylic acid, another NSAID most commonly known as aspirin, is often prescribed by a veterinarian for pain management and clot prevention, when it is inappropriately ingested, aspirin can result in severe poisoning in dogs and cats.

Signs of NSAID toxicity include:

Acetaminophen can cause serious illness in pets, particularly cats. One regular strength tablet may cause damage to a cat’s red blood cells, affecting their ability to deliver oxygen to the tissues in their body. In dogs, the ingestion of this drug can lead to liver failure and in large doses, red blood cell damage. Young and small dogs have a higher risk for toxicity.

Signs of acetaminophen toxicity include:

Antidepressant drugs are occasionally used to treat pets, however, overdoses may cause serious neurological problems like sedation, incoordination, tremors and seizures. They may also have a stimulant effect that may cause a dangerously elevated heart rate, blood pressure and body temperature in your pets. Cats, in particular, seem to enjoy the taste of Effexor and will often eat the entire pill if it is not taken away from them.

Signs of antidepressant toxicity include:

Attention deficit disorder and attention deficit hyperactivity disorder medications contain potent stimulants such as amphetamines and methylphenidate. Even small ingestions of these medications by pets can cause life-threatening tremors, seizures, elevated body temperatures and heart problems.

Signs of ADD/ADHD toxicity include:

Beta-blockers are used in both human and veterinary medicine for heart disease and blood pressure regulation. Although commonly used for cats and dogs, accidental overdoses can cause severe poisoning that may result in heart failure, decreases in blood pressure, a very slow heart rate and secondary acute kidney failure.

Signs of beta-blockers toxicity include:

If your pet has ingested an over-the-counter or prescription medication, call your veterinarian immediately.

Tips on how to keep your pets safe