Only YOU can prevent pup-napping!

Every summer, many seal pups end up at wildlife rehabilitation centres unnecessarily.

Baby harbour seals are typically born on land, close to the water’s edge. Although they are capable of swimming soon after birth, they spend plenty of time ashore warming up and resting. While they do, their mothers return to the ocean for short feeding trips.

The problem? “Some people see the pups all by themselves and automatically assume the worst – that they’re orphaned or abandoned,” explains Meghann Cant, animal welfare educator for the BC SPCA. “Seal moms then watch helplessly as these well-meaning rescuers pick up and walk away with their perfectly healthy babies.” Although wildlife rehabilitators are experts in wildlife care, pups have the best chance of survival in the wild with their mothers.

So how can you help keep seal families together? Avoiding these common mistakes is a good place to start, says Cant:

Getting too close to pups. Approaching pups too closely could frighten them back into the ocean, and make any seal mothers in the water nearby too nervous to return. “When you see a lone seal pup, look out into the water for a bobbing head,” says Cant. “That’s a sign there’s a mom who wants to come ashore.”

“It also goes without saying that seal selfies are a no-no!” adds Cant. “Getting that close is extremely stressful for the pup, and you could put yourself at risk of being bitten.”

Letting dogs get too close to pups. “You may think your dog is harmless, but a seal pup doesn’t see it that way,” says Cant. Dogs have been known to attack and injure pups who are fairly helpless on land. Just as with people, dogs can also discourage seal mothers from returning to their babies.

Pushing pups into the water. Seal pups are on land for a reason – to rest and gain strength. “Forcing them back into the ocean is stressful for them, and causes them to waste precious calories,” says Cant. Pups who spend more time than necessary in the water have to expend more energy to stay warm, which can weaken them and make them more vulnerable to predators and diseases. “Like all babies, seal pups need their rest,” she says.

Attempting to care for pups yourself. “Seal pups look cute and vulnerable, so it’s natural to want to help them,” says Cant. “But keeping wildlife is actually against the law.” Only trained and permitted wildlife rehabilitators should care for seals.

“A lot of damage can be done by people with good intentions,” says Cant. Over the years, she has heard plenty of stories of people harming more than helping: wrapping pups in blankets, causing them to dangerously overheat; letting them swim in bathtubs, which spreads diseases and parasites; feeding fish to pups who should only be drinking their mothers’ milk, making them seriously ill; or pouring water on pups to keep them wet, which forces them to expend more energy to dry off.

Of course, says Cant, there are situations where seal pups could genuinely use your help. Call the BC SPCA wildlife hotline – 1.855.622.7722 – when you see a pup who is obviously injured, seriously underweight, or appears distressed or non-responsive. 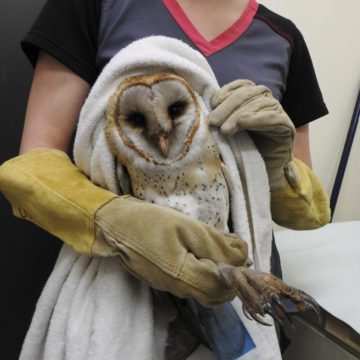