Chickens raised for meat, called broiler chickens, are by far the most farmed animal in Canada. To meet the demand for chicken meat, chickens are bred to grow very big very quickly (especially their breast muscles). These conventional broiler chickens reach slaughter weight at just six to eight weeks old. Today, a broiler chicken can put on over four times as much weight as the chickens did in the 1950’s, in a fraction of the time. Yet there are many concerns regarding broiler chicken welfare due to their high-speed growth. 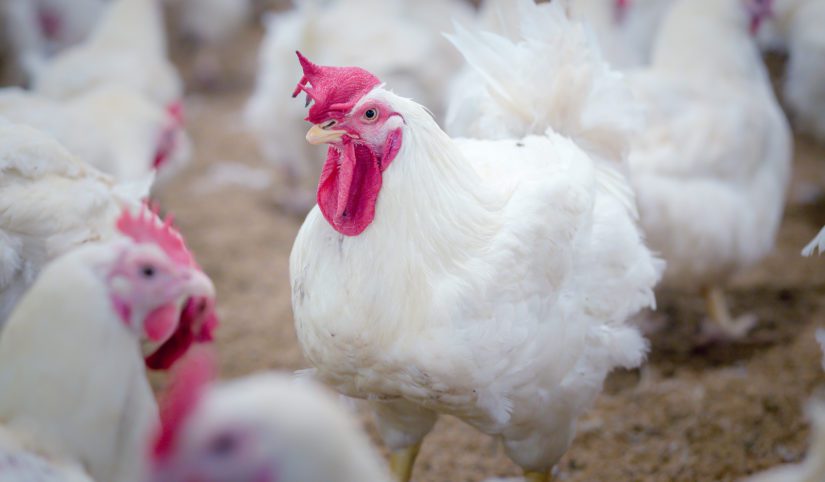 Global Animal Partnership (GAP), an animal welfare certification program, initiated the Better Chicken Project to gather research for improving the lives of broiler chickens. University of Guelph researchers in Ontario designed and conducted a study as part of this project. They examined how the growth rates of chicken breeds related to their welfare. This is the largest study of broiler chicken welfare to date. This study found that the conventional breeds of broiler chickens, that grew faster with a greater breast meat yield, had poorer welfare outcomes. These include:

Fast-growing birds are great for business, but not welfare. This study shows that we could significantly improve chicken welfare just by raising a slower-growing chicken.

GAP and other animal welfare certification programs already recognize the importance of selecting slower-growing broiler chickens to maintain high animal welfare. This study will help determine which breeds of chickens are suitable for meat production and maintain higher welfare outcomes.

Learn more about the animal welfare certification programs that the BC SPCA recommends.