The BC SPCA invites the public to participate in its 11th annual Wildlife-In-Focus photography contest. Amateur photographers 14 years and older can submit their awe-inspiring images of hummingbirds, bears, bees, seals and other amazing creatures until Aug. 31.

“Wildlife-In-Focus is a celebration of the incredible diversity of wild animals that live in B.C.,” says BC SPCA specialist, research communications Erin Ryan. “Every year we receive amazing entries featuring graceful deer, red foxes playing in the forest and bears catching salmon on the river with mountains in the background.”

Those who don’t enter photos in the contest can still participate by donating to vote for the People’s Choice Award. Photographers who donate $20 or more to enter a photo before July 15 will gain 10 bonus votes to help their photo rise to the top.

Previous contest entries have been featured in the BC SPCA’s AnimalSense and Bark! Magazines, BC SPCA educational materials, local newspapers, websites and social media.

The top 52 photos will be featured on a deck of playing cards, which makes a really unique gift and has always been extremely popular. “Every deck of cards sold and all photo entry donations support the BC SPCA’s Wild Animal Rehabilitation Centre (Wild ARC), which cares for more than 2,800 orphaned and injured wildlife every year,” Ryan says. In 2018, Wildlife-In-Focus raised $17,586 for food, veterinary care, blankets and other supplies to support the rehabilitation of wild animals at Wild ARC.

Prizes will be awarded for the top three photos, as determined by the judges in each of two categories: Wild Settings and Backyard Habitats. The donate-to-vote People’s Choice Award will also be awarded a prize.

All photos of wildlife entered must be taken within B.C. and submitted digitally. “Wildlife” includes free-living birds, mammals, amphibians, reptiles, fish and insects, but not exotic, feral or domestic animals, or wildlife in zoos or rehabilitation facilities. 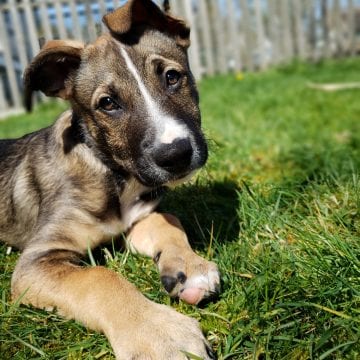