BC SPCA animal protection officers have rescued 32 neglected rabbits from a Vancouver residence. The animals were being bred for profit.

Eileen Drever, senior officer for protection and stakeholder relations for the BC SPCA, says the rabbits were being kept in substandard and unsanitary conditions. “When our officers entered, the rooms smelled strongly of urine and feces,” she says. “The floor, windowsill and bed were soiled and there were cockroaches and other insects crawling around on all the surfaces.” She notes that the room where the animals were kept was hot and unventilated except for a window that had been left a few inches ajar.

“The room was filthy and the levels of ammonia were high,” says Drever. “Many of the rabbits – who ranged from newborns to adults – had urine-soaked fur.” Drever says officers found an empty water bowl overturned and there was some hay by a bed, but it was saturated with urine and feces and unsuitable for consumption.

The rabbits were taken into custody and are currently being cared for in SPCA facilities in the Lower Mainland. 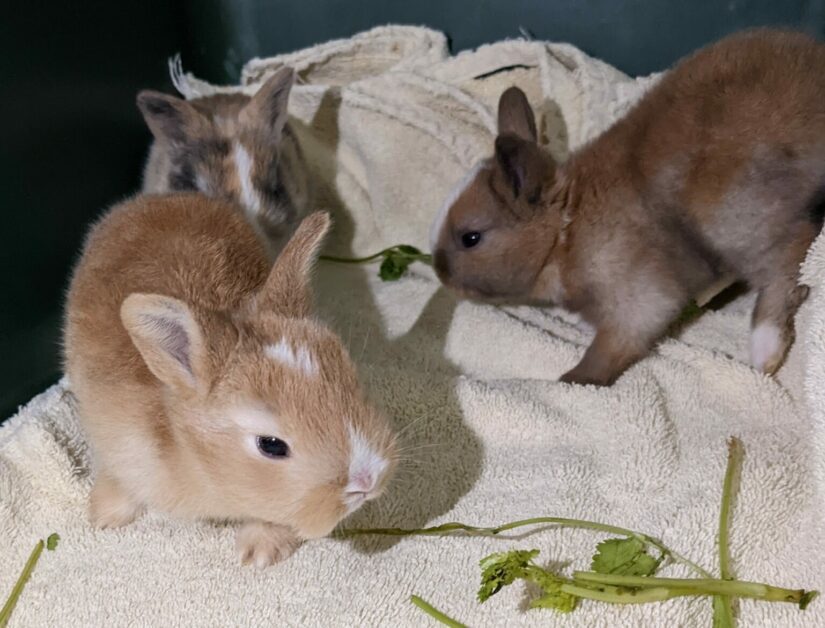 This most recent rabbit seizure adds to an already burgeoning bunny population in SPCA shelters. “We have approximately 140 bunnies in our care right now, nearly twice the number we had at this time last year,” says Drever. “We would love to find homes for these sweet animals and encourage anyone interested in adopting a rabbit to view their profiles at spca.bc.ca/adopt.”

Potential adopters can also find information and resources on the care and enrichment needs of rabbits here.

“In addition to adopters, we are in urgent need of foster homes for bunnies,” says Drever.