A missing pet is a guardian’s worst nightmare, as your mind reels with all the dangers your furry friend faces away from your care. That’s how retired teacher Ray Furlotte felt when his orange tabby, Lily, managed to escape their home on a cold winter day. Furlotte worried that he might never see his beloved cat again.

A few weeks later, the BC SPCA Trail Branch received a call about a cat stuck in a tree. After rescuing the cat and bringing her to the shelter they scanned her for a microchip and identified the stray cat as Lily.

When the branch contacted Furlotte to let him know Lily was safe he was overjoyed.

“When we called Mr. Furlotte he was so relieved as she had been missing for a month and had been seen being chased by a coyote,” says BC SPCA Trail Branch manager Danielle Jackman. “He thought for sure she was never coming back. Lily was so happy to be reunited with her guardian and hasn’t left him alone since.” 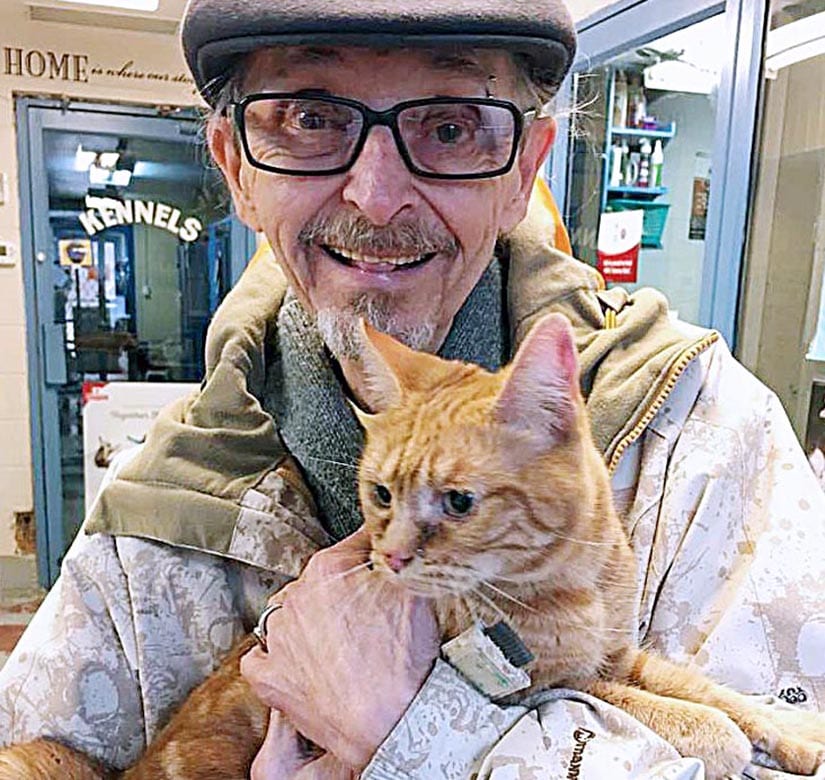 Too often animals come into shelters or veterinary clinics with no form of identification, which makes it difficult to locate their anxious family. But thanks to the BC SPCA’s pet registry, reunion stories like Lily’s are becoming more common.

Losing a pet is a traumatic experience that no one wants to endure. Prepare for the unexpected and enrol now at bcpetregistry.ca.