Adorable, sweet dog is foster mother to kittens - BC SPCA

It starts with lots of wiggling, wagging and sniffing. Alice, a Chihuahua Pomeranian mix, can’t wait to be a mom to every foster kitten that Jen, her guardian, brings home. “We got Alice right around the time we started fostering kittens,” says Jen. “From day one, Alice wanted to be a foster mom. She loves to kiss and lick them and lets them knead her. She is very patient when they try to nurse and is so tolerant and affectionate.” 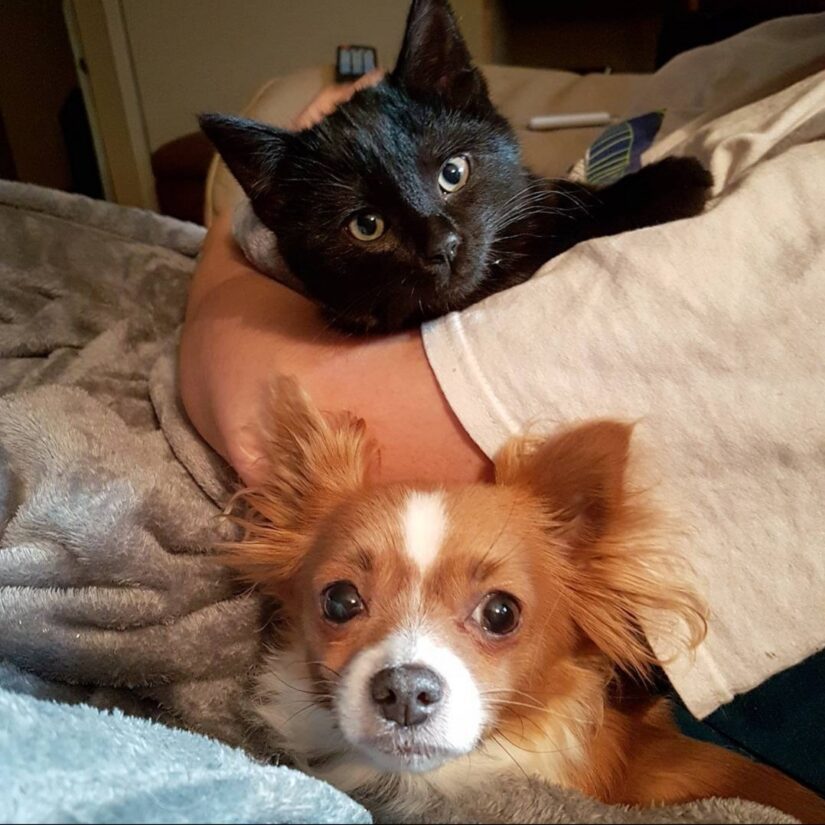 Alice is so tolerant, in fact, that Jen has to intervene to keep her from getting scratched when the kittens start to play rough around her face and eyes. “When the kittens start getting a little too aggressive, I often have to remove them altogether because she’s so patient she will let them keep doing it.”

When the kittens arrive they spend their first days in a playpen in the living room. Jen says Alice will sleep outside the playpen patiently waiting until she can “officially” meet them and start caring for them. “Alice is a huge help to me. She shows the foster kittens how to trust humans, especially our feral kittens, because they watch how she interacts with people.” Alice is super protective of the kittens. “If I am doing anything with them and they sound distressed Alice will come over to make sure the kitten is okay.”

“Different species adopting babies from other species happens when they have a strong maternal instinct,” says Kim Monteith, the BC SPCA’s manager of animal welfare and operations. “It is kind of like when humans see kittens and puppies. We know they aren’t human, but some of us are instinctively drawn to them because we want to help them or mother them because they’re so vulnerable and we have this maternal instinct to care for babies.” Monteith says Alice clearly has an amazing maternal drive and like any good mom she cares for the kittens and protects them until they can survive on their own.

Jen recalls how Alice helped Teddy, one of the most feral kittens she had ever fostered. “It took a long time for Teddy to come around to me and the rest of the human family but she was drawn to Alice right away,” she says. “The first time Teddy approached us was because of Alice. She jumped up on the couch to be with us and Teddy followed.” 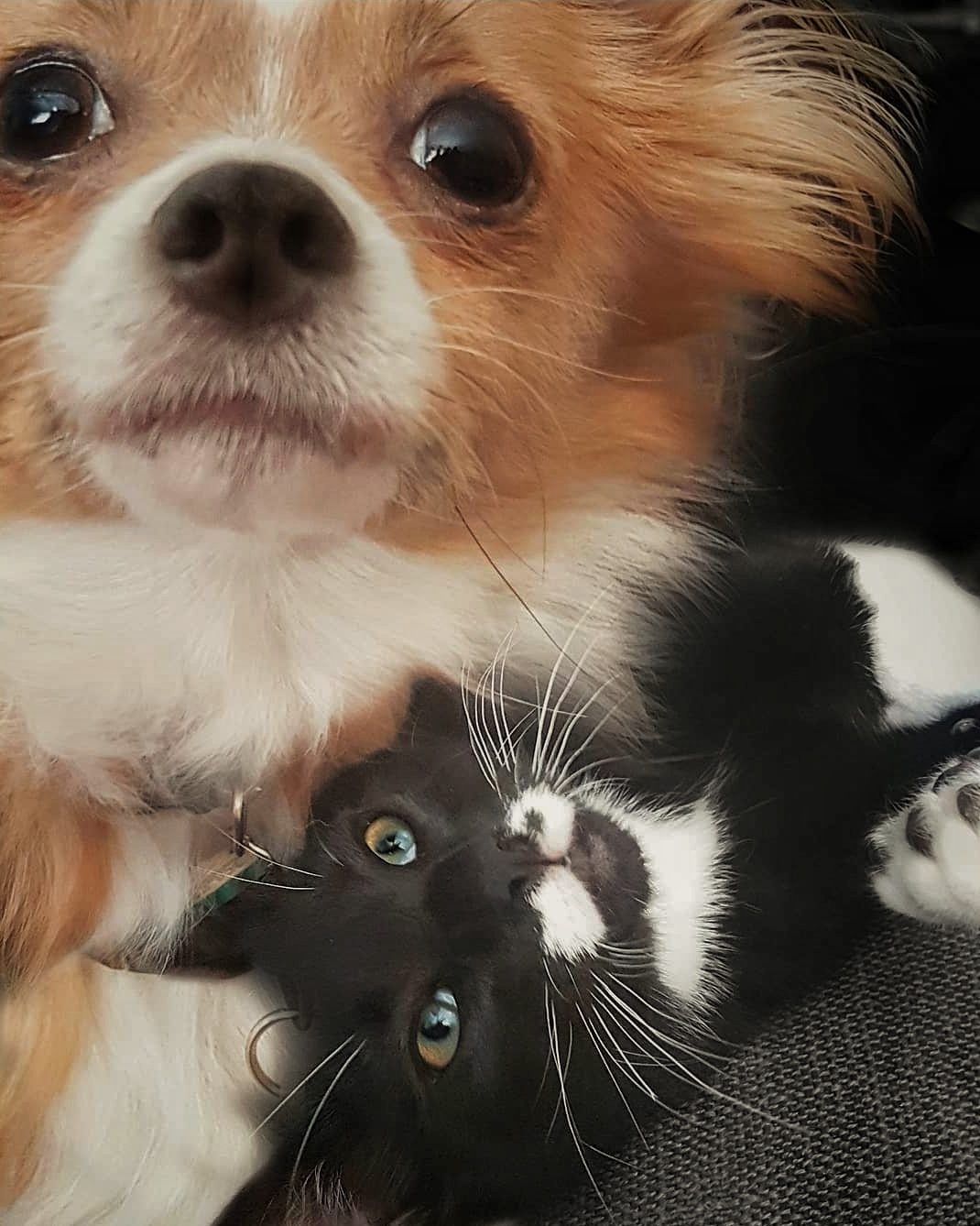 Alice shares her home with two BC SPCA foster fail cats who don’t show nearly the same interest in the kittens. “Mae used to play with the kittens a lot when she was younger, but she has lost interest as she has gotten older,” says Jen. “Odette has never shown any interest in the kittens. She does get excited about the kitten’s wet food, but not them.” That is another way Alice shows her maternal side. She will only eat their wet food if there is some left over. Mae and Odette are not as polite and can get very competitive with the food in the house.

Although they have different perspectives on parenting, Alice, Mae and Odette are the best of friends. “They do zoomies all over the house together,” says Jen. They chase each other up and down the stairs and make an incredible amount of noise.”

Besides being a great foster mom, Alice is also the most incredible companion to Jen and the rest of the family. “She makes us smile every day. She makes little noises when you pet her that sounds a little like a cat. She is an original.”

This Mother’s Day, the BC SPCA wants to thank all of the moms out there who are helping babies of every species thrive. 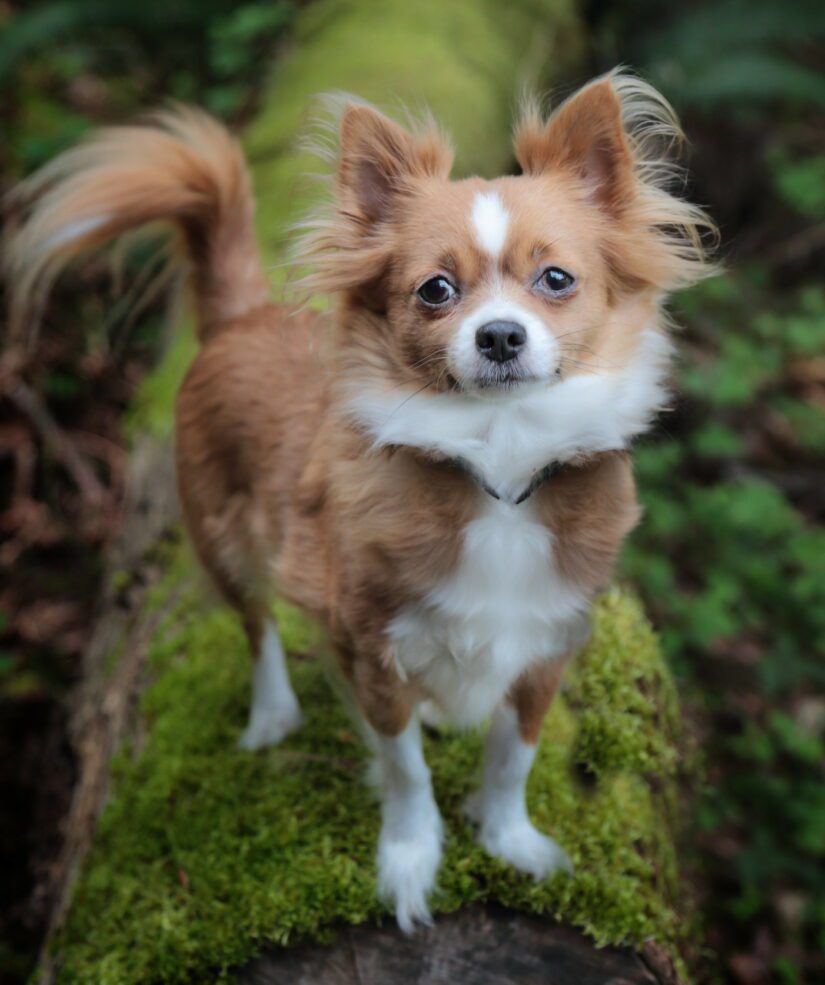