More B.C. veterinary students will be able to attend the Western College of Veterinary Medicine (WCVM) on the University of Saskatchewan campus this August, following an announcement by the B.C. government to double its number of subsidized seats for the first time in more than a decade.

For the past few years, the BC SPCA has raised the alarm about the veterinary shortage affecting animal guardians in B.C. as they struggled to access veterinary care for their animals. “In 2021, the BC SPCA called upon the provincial government to fund more seats at the WCVM, and we are thrilled with this announcement,” says Dr. Emilia Gordon, senior manager of animal health for the BC SPCA.

The B.C. government is investing nearly $10.7 million to increase the number of subsidized seats from 20 to 40 in the upcoming 2022-2023 academic year. This will make a tremendous difference to people and animals in B.C., as increasing access to veterinary care will help improve animal health and welfare across the province.

“We want to thank all of our supporters for helping us speak out about the alarming shortage of veterinarians in B.C.,” says Dr. Gordon. “We also want to extend our sincere thanks to the B.C. government for this investment.” 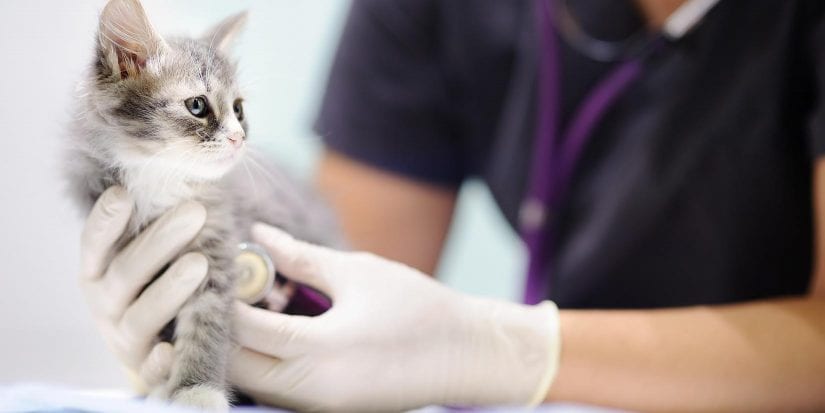 BC SPCA calls for action on growing veterinarian shortage in B.C.

April 24 marks World Veterinary Day, and the BC SPCA is highlighting the day with a call to British Columbians to speak out about the growing veterinary shortage in the province. The non-profit animal welfare society has launched a pledge campaign asking the provincial government to provide funding for 20 additional spaces for B.C. students at the Western College of Veterinary Medicine (WCVM) – B.C.’s regional vet school in Saskatoon, Saskatchewan.

“The demand for veterinary services in B.C. already outstrips the number of vets available, and this situation is only going to get more urgent,” says Craig Daniell, chief executive officer of the BC SPCA. “Not only does this put our pets and other animals at risk, but the shortage has led to increasing levels of exhaustion, burn-out and, sadly, suicide, within the veterinary profession.”

A labour market study conducted by the B.C. Ministry of Advanced Education, Skills and Training in 2019 indicated that B.C. would be short 100 veterinarians per year for each of the subsequent five years, culminating in a shortage of 500 veterinarians by 2024. “The shortage is particularly serious outside of urban areas, where access to veterinary care is already limited and in fields of specialization, such as large animal care.”

Daniell says British Columbia has an opportunity to alleviate the growing vet shortage in the province by providing government funding to support 20 additional spaces for B.C. veterinary students at Western College. “B.C. currently has 20 designated spaces at the college, but in 2018 the Province of Alberta, which has its own college, decided to relinquish the 20 spots it had at Western. The Society of British Columbia Veterinarians has requested that these spots be made available for B.C. veterinary students.

“The key issue is funding,” says Daniell. “Veterinary students pay part of their tuition, with the balance of funding coming from the Ministry of Advanced Education, Skills and Training. We are urging the provincial government to protect B.C. animals by providing funding for B.C. students to access the 20 open spaces at Western – a cost of approximately $8.3 million annually.”

Without action to address the increasing vet shortage, Daniell says both animals and people are at risk. “We are already seeing the negative impact on animals, as access to veterinary care diminishes,” he says. “This includes both individual pet owners and rescue groups such as the BC SPCA, which rely heavily on support from veterinarians in saving the lives of abused and neglected animals.” He adds that veterinarians also play a key role in protecting public health through their expertise in identifying and mitigating the impact of zoonotic diseases.

“The growing vet shortage in B.C. is going to have dire consequences if we don’t take action to ensure our animals have the care they need, now and in the future,” says Daniell.