Senkō was the youngest in a group of 42 neglected horses seized from an Interior property in March. When horse trainer and large animal technician at Mills Veterinary Service, Kristi Kalke, first met Senkō he was just six-months-old, very scared and appeared to be completely feral. 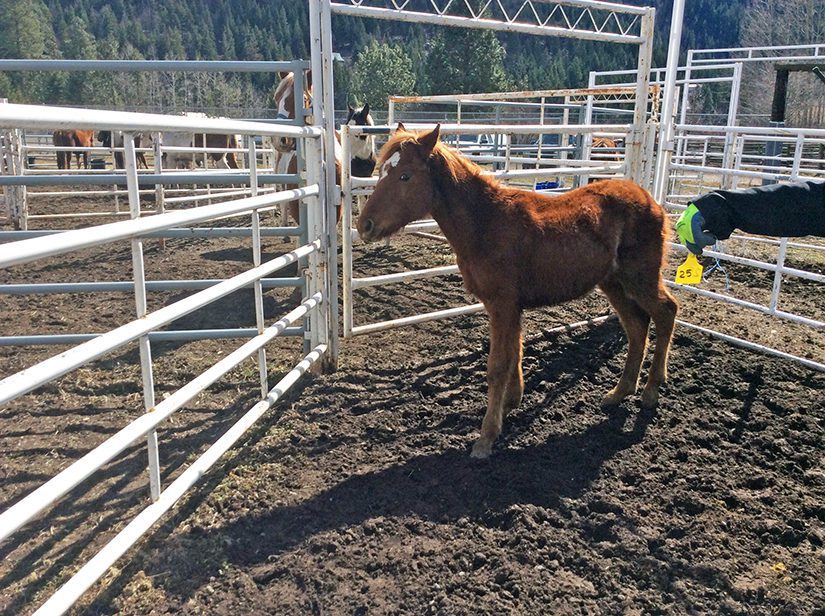 Kalke was part of a team working with head veterinarian Dr. Britt Mills to examine and provide medical care for all of these horses. At that time, Senkō was known simply as colt number 25. He was malnourished, with a body condition score of two out of nine with five being ideal. Senkō also had intestinal parasites and suffered numerous bouts of colic.

This little colt had been dewormed, vaccinated and was eating well. However, due to his poor body condition and being smaller and younger than the yearlings headed to a foster home in Merritt, Kalke and Mills had concerns about his recovery and felt that he needed specialized care. “He was looking very weak and with no other places lined up, Dr. Mills suggested I take him,” says Kalke. 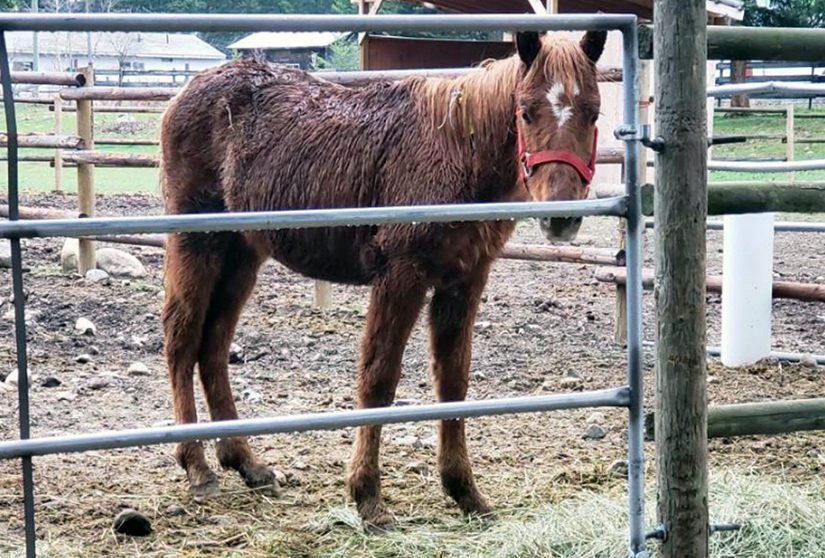 Senkō settled into his new foster home well and began to bond with Kalke’s mare, Lass. That first weekend was difficult. “He was shaky, sweaty and had a pretty bad tummy ache with bot larvae the size of my thumb coming out of him,” Kalke says. She and her parents took turns checking in on him every half hour including overnight. “During that time, I was able to pet his neck and gain a lot of trust.” She also discovered the little colt was covered in ticks, which would have contributed to his weakened state. “Part of our trust sessions involved me slowly feeling for and carefully removing ticks while he munched on his mashes,” which was time consuming and challenging because Senkō was not yet comfortable around people. 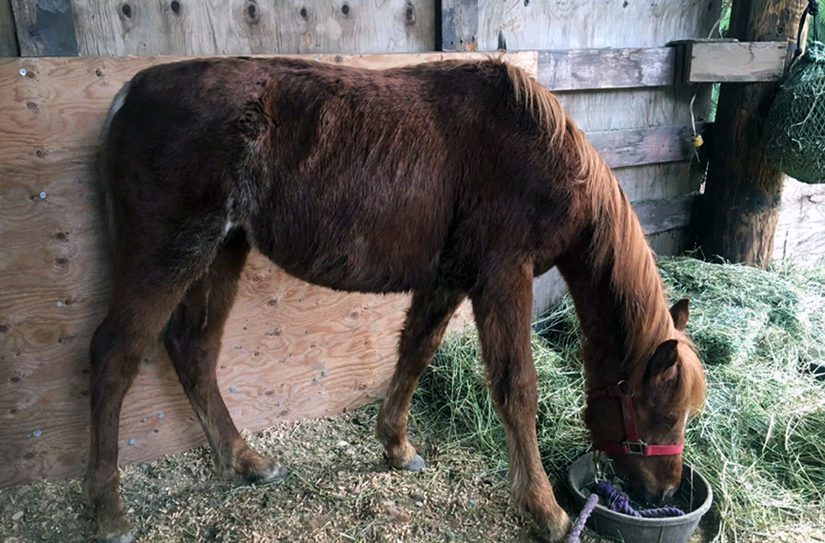 With daily doses of omeprazole liquid to soothe Senkō’s stomach and a basic diet, soaked mashes of hay and alfalfa cubes, Senkō was out of distress by Monday. “By Tuesday, I was able to hold his lead rope and pet him without having him trying to run scared. He really wanted to trust me. I was astounded that as starved, wild, scared and sick as he was – he still wanted to bond with me.”

Senkō continued to recover and gain weight on a new diet prescribed by Dr. Mills but Kalke was worried that Senkō’s original owner might regain custody. Fostering animals that are in protective custody as a result of a cruelty investigation is time consuming and emotionally demanding. It takes a very special person who has the patience, compassion, experience and knowledge needed to help rehabilitate these animals both physically and mentally. It’s even more challenging when these animals may potentially be returned to their owners as fosters build an incredible bond with these animals during their recovery.

In this particular case, the BC Farm Industry Review Board awarded custody of the horses to the BC SPCA and Kalke jumped at the chance to adopt Senkō. “He had stolen all of our hearts, and mine was irreversibly a part of his.” She named him Senkō, a Japanese word meaning red, for the colour of his coat and he officially became her horse on June 1. 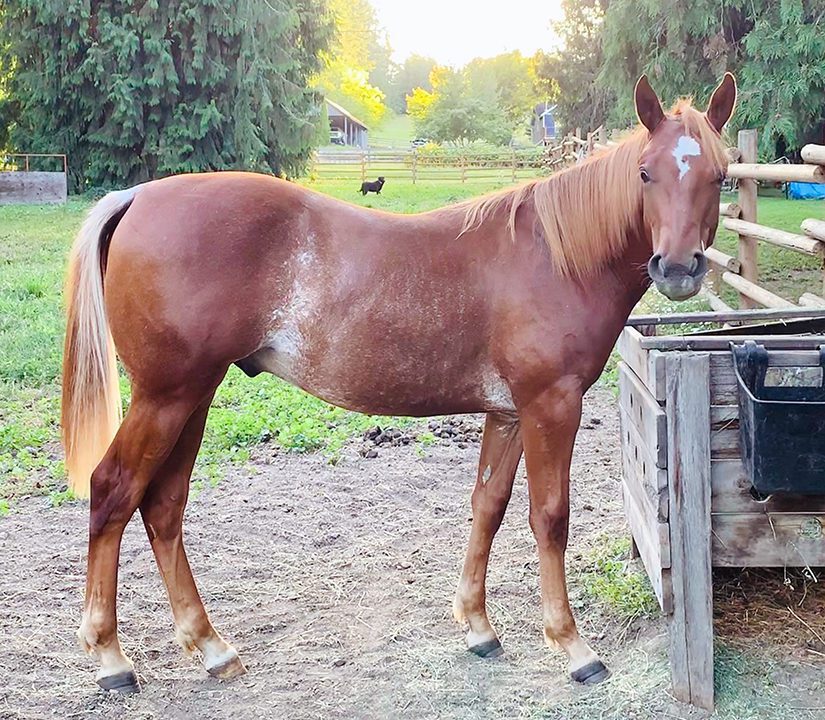 Kalke says she’s enjoyed guiding Senkō through many of his first experiences. His first farrier trim, bath, blanketing and trailer ride. He’s learned to halter, lead, tie and to take treats by hand. Senkō loves being pampered and has learned to trust and feel safe around people. 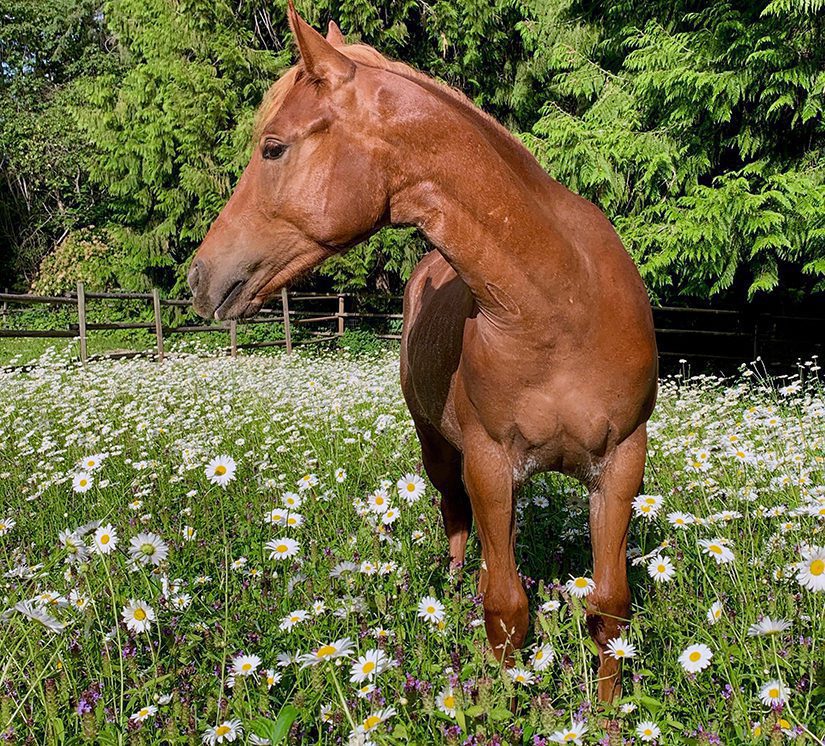 Caring for and helping to find homes for 42 fearful horses who had little or no handling, along with many foals born in BC SPCA care, was no easy task. The staff at Mills Veterinary Service went above and beyond to lend their expertise to the BC SPCA. 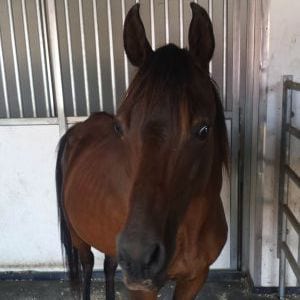 Maggie, a beautiful Arabian mare, had a very sad beginning to her story. She was in a very weak condition when she was seized from her previous guardians and came under the care of the BC SPCA Good Shepherd Barn on August 11, 2015. Malnourished and neglected, this 14-year-old female was one of many animals …