Scotty the survivor has found his purrfect home - BC SPCA

Scotty the Scottish Fold came into care at the Burnaby SPCA in September suffering from life-threatening injuries. He had puncture wounds on his abdomen and the veterinary staff who treated him believe that he had been attacked by a raccoon. Scotty’s tail was disarticulated, separated at the joints, probably during his desperate struggle to escape his attacker. He also had fractures on his skull and thigh bone, which indicated that he had probably been hit by a car. On top of his injuries, Scotty was dehydrated and anemic from his terrible flea infestation.

Thankfully, there was help out there for poor Scotty. This three-year-old cat was able to overcome two traumatic events and survive on his own long enough to find the Good Samaritan who rescued him. 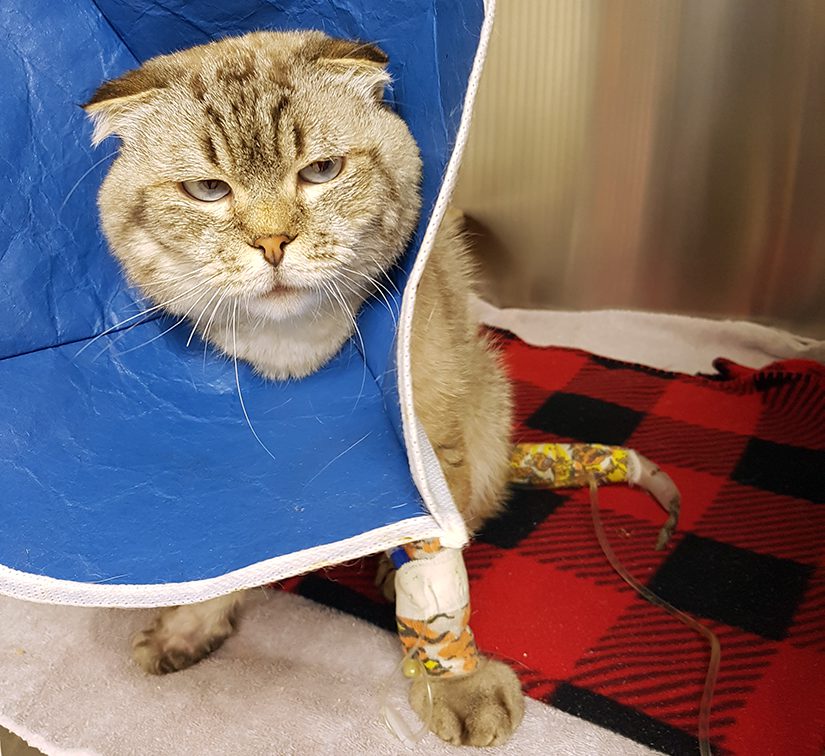 No one came forward to claim this adorable cat and it was up to the Burnaby SPCA to get Scotty the medical care he desperately needed. Scotty received an outpouring of love from members of the public, who pitched in to fully fund Scotty’s medical treatment and recovery. He was put on fluids to address his dehydration and was closely monitored at the vet. Scotty had a healthy appetite and was eating amazingly well even with his broken teeth and being on medication. He underwent surgery to have his damaged tail amputated and oral surgery to fix his broken teeth.

SPCA staff say he’s a sweet cat, despite looking so grumpy and being in so much pain. Scotty showed how thankful he was to be safe and on the mend by purring whenever someone came into the room, rolling on his side asking for pets and enjoying lots of chin scratches. He’s a quiet cat, who doesn’t miaow very much but loves to cuddle. 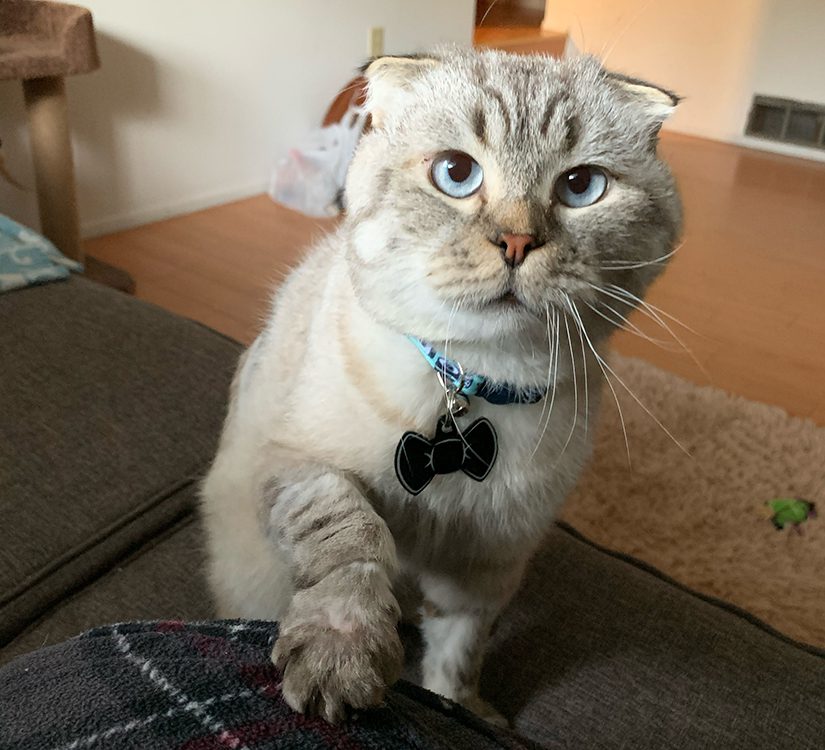 Scotty spent two months in a foster home resting and recovering from his surgery. He settled into his new home so well and the woman who was fostering him decided to adopt him. This sweet and affectionate boy has a new name to reflect how charming he is – Scotty is now called Romeo and he is becoming great friends with the resident rabbit. 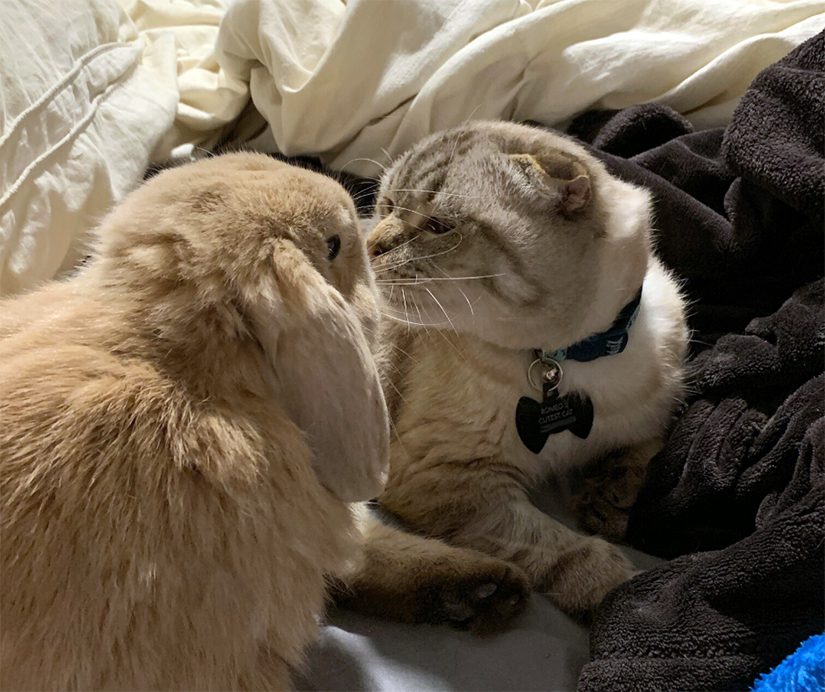 Thank you for cheering Scotty on and helping with his recovery. He’s no longer in pain thanks to all the good people who saved him and cared about giving him the chance to have a better life.