The BC SPCA seized two adult Golden retrievers and six puppies, along with a pregnant Australian shepherd, from a property in the North Okanagan on Dec. 21. The dogs were being kept in substandard conditions and exposed to freezing temperatures.

“When our animal protection officers arrived in response to a complaint, they found dogs and puppies in a basement without heat or insulation,” says Eileen Drever, senior officer, protection and stakeholder relations for the BC SPCA.  “The puppies were shivering and huddled for warmth, they had no bedding except for a bit of dirty hay and there was a build-up of feces and puddles of urine throughout the enclosure. There was a small amount of dog food on the floor, but the only accessible water was dirty and in an unclean bowl.”

Drever says the puppies were also exposed to numerous injurious objects in the enclosure, including sharp edges of the plywood and makeshift fencing used to separate the areas.

In another area of the basement, blocked off by plywood, SPCA constables found the Australian shepherd tethered by a chain to a wall and two more Golden retriever puppies, who were also shivering in the freezing temperature.

The nine dogs and puppies were rushed to a veterinarian for examination and are now in SPCA care. They are not available for adoption at this time.

Donate to help give these animals and others like them a safe and warm Christmas. 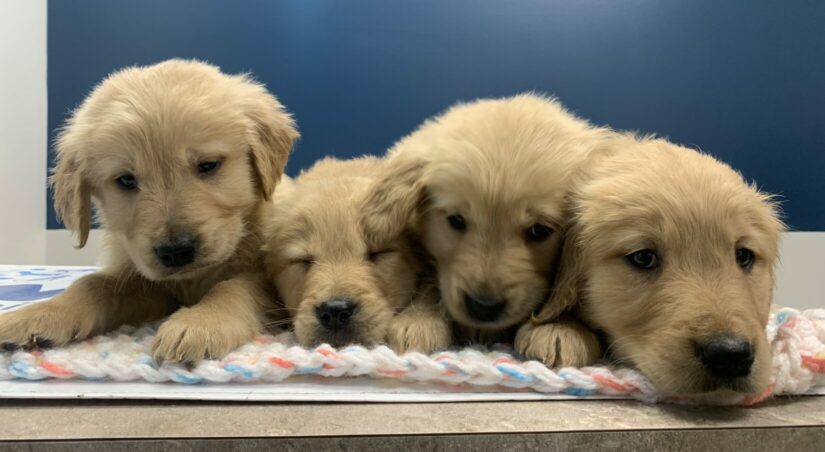