Puppy suffering from severe mange needs your help - BC SPCA

The BC SPCA is hoping you can help Ladybug, a five-month-old German shepherd cross puppy who is suffering from mange, a painful skin disease caused by an infestation of mites.

“Ladybug arrived at the animal centre with severe crusting around her eyes and snout. She had hair loss on her lower legs and the skin on the inside of her back legs was red,” says Bonnie Pequin, manager of the BC SPCA animal centre, Nanaimo and District. “The vet clinic did a skin scraping confirming that Ladybug had Demodex mange. They also found bacteria and yeast on her skin. She had enlarged lymph nodes because of her skin issues and conjunctivitis and discharge in both eyes.” 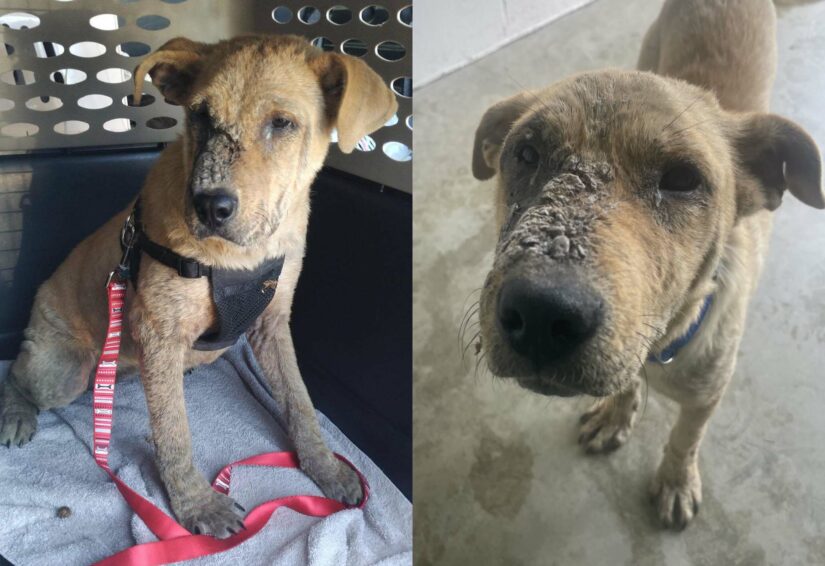 Ladybug was prescribed five medications and was given a Cytopoint injection to help control her itching. She has medicated baths twice a week to help with her skin issues. “Unfortunately, Ladybug’s itching is so severe, we had to take her back to the vet for further treatment,” says Pequin. Ladybug will also need to be vaccinated, dewormed and spayed. 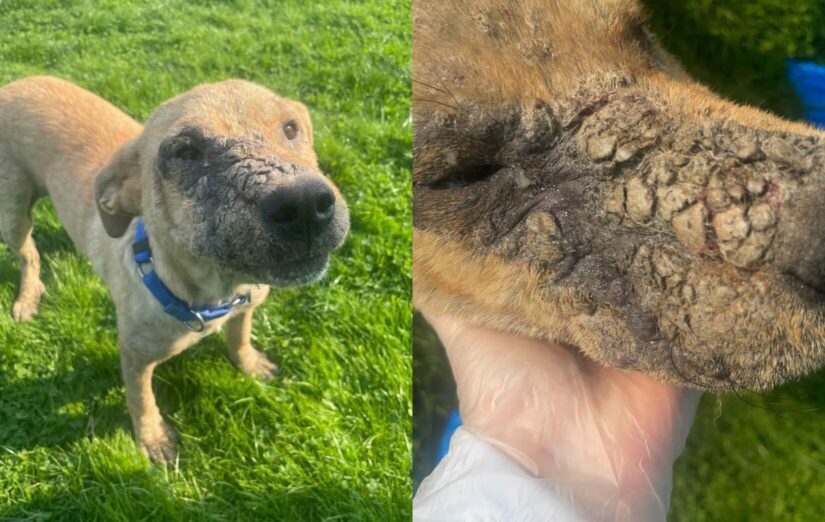 Pequin says that despite all of the hardships she has experienced at her young age, Ladybug is gentle and loving and warms the hearts of everyone she meets. “She is initially very shy and is still reluctant to go on leash-walks, but she gives lots of kisses and happy tail-wags,” says Pequin. “Once she gets outside she loves to play and will do this adorable little ‘bunny-hop’ while galloping and chasing balls around. We are truly wishing the best for our little Ladybug.”

Ladybug is currently in one of the BC SPCA’s foster homes as she heals. Once her skin issues have been resolved she will be scheduled for spay surgery and when she has recovered, she will be available for adoption.