The plight of pet parrots - BC SPCA

Birds are the fourth most commonly kept companion animal in Canada after cats, dogs and fish. “It’s easy to see why parrots are popular pets,” says Craig Naherniak, general manager of humane education for the BC SPCA. “They’re extremely intelligent and very sociable.”

But such popularity comes at a price — and, sadly, parrots are paying it. “Bird rescues alone are caring for hundreds of unwanted parrots from across the province,” says Naherniak. “That’s not to mention the untold number being rehomed online each and every day.” 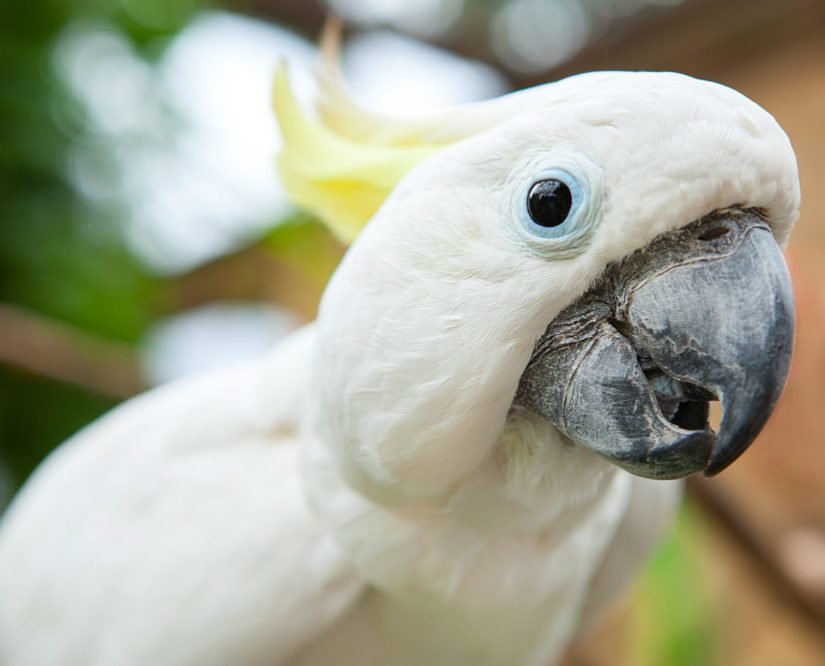 Why are there so many unwanted parrots?

One driving factor is the difference between the expectations and the reality of caring for an animal with such complex needs. “People have a preconceived idea of what the relationship will be like,” says Naherniak. “Then they discover it’s way more work than they imagined.”

Most caregivers are simply unprepared to deal with normal parrot behaviours (let alone abnormal ones such as screaming and feather plucking) and, all too often, the relationship just breaks down. “Most people don’t fully appreciate that parrots are still wild animals,” says Naherniak. Whether captured from the wild or bred in captivity, pet parrots retain most — if not all — of their wild instincts and behaviours.

Because they have such challenging mental and emotional needs, becoming a parrot guardian is truly a life-altering decision. Naherniak suggests that potential guardians consider the following realities before embarking on a life-long journey with a bird. 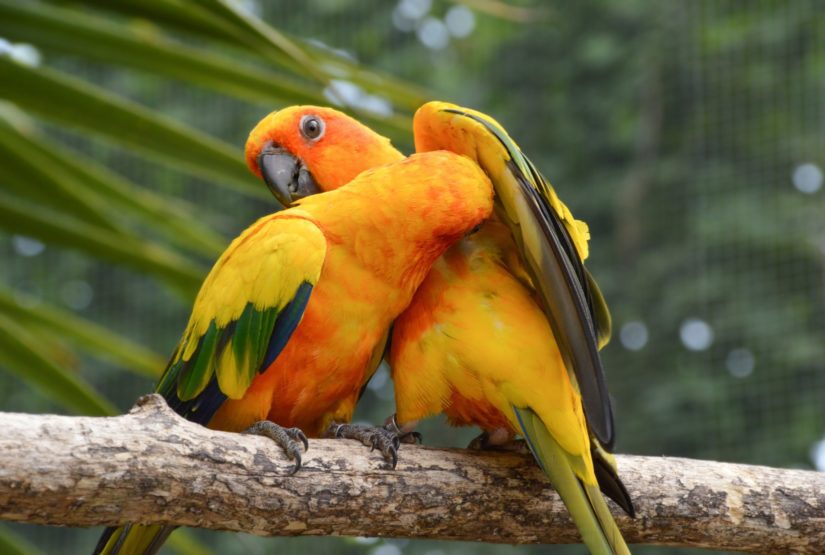 In the wild, most parrots live and travel in large flocks. They keep in contact with one another using loud calls. “Many people find these normal vocalizations difficult to cope with, particularly when neighbours or landlords complain,” says Naherniak. “Many parrots develop a habit of screaming for attention, which is even more disruptive, especially if you like to watch TV, make phone calls or take the occasional nap.”

“By human standards, parrots are messy animals,” says Naherniak. In the wild, the ground underneath them is continually littered with debris: bits of food, feathers, strips of bark and droppings. Cleaning up after a parrot is a time-consuming, never-ending task. “Parrots are also quite destructive,” says Naherniak. “They don’t see the difference between tearing apart a toy and shredding your favourite picture frame.” 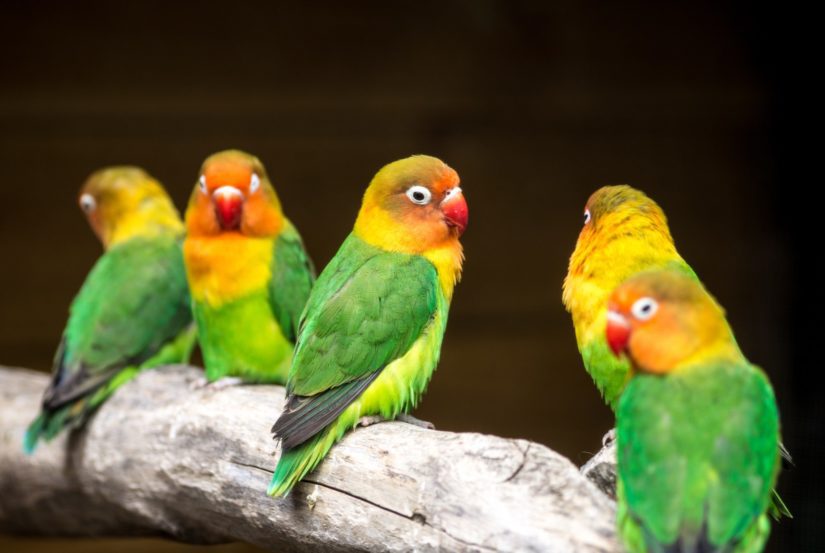 In the wild, parrots use biting as a last resort to protect themselves and to guard valued resources such as mates or favourite perches. In captivity, however, parrots learn that biting gets them what they want. They may bite out of fear to tell a person to back off, or give an aggressive bite to gain control of a person seen as a mate.

Parrot bites hurt regardless of size. “Think about this: parrots have the power to break open Brazil nuts, so you can imagine what they could do to a finger, nose, lip or ear. Plus, there’s the emotional sting. Many people take the bites personally when they really shouldn’t,” says Naherniak. 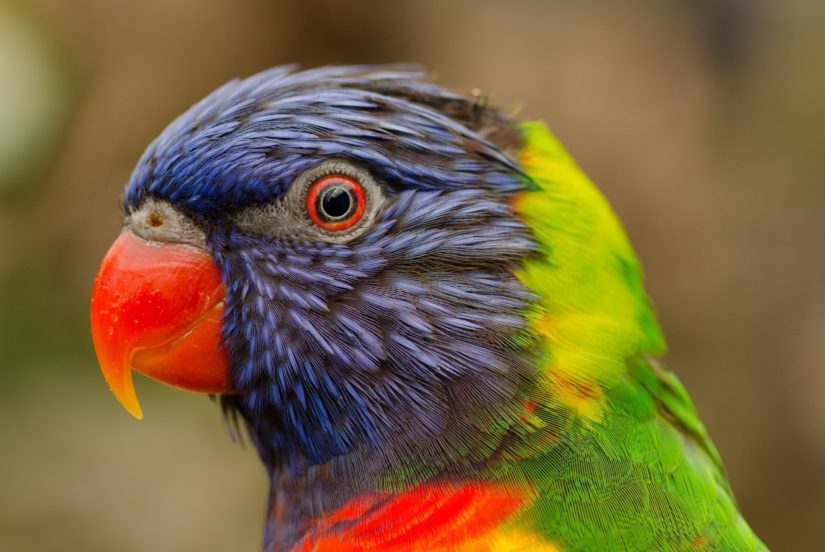 Parrots require a lot of your time

“Parrots require a huge investment of time beyond just feeding and cleaning up after them,” says Naherniak. In the wild, their days are spent foraging for food, socializing, bathing, preening, establishing nesting territories, mating, excavating nests and raising young. In a home, parrots need to keep their minds and bodies similarly active with stimulating toys, games and plenty of out-of-cage exercise. Otherwise, they can become chronically stressed, which can lead to compulsive stereotypies such as feather plucking. 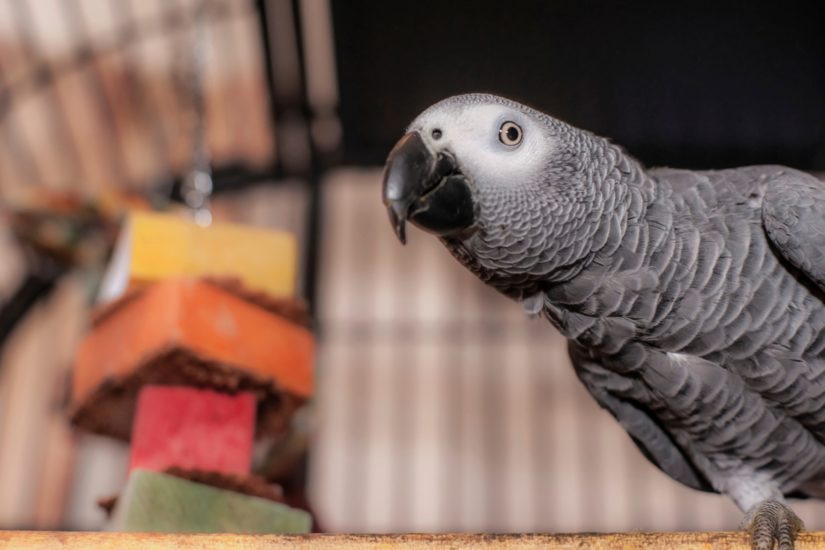 Parrots will likely outlive you

Depending on the species, parrots have the potential to live for 30 to 80 years. Larger parrots like macaws tend to live the longest. “That means your parrot could outlive you!” says Naherniak. “It also means having someone as smart as a toddler depend on you, day in and day out, for the rest of your life — without ever growing out of the ‘terrible twos’.” 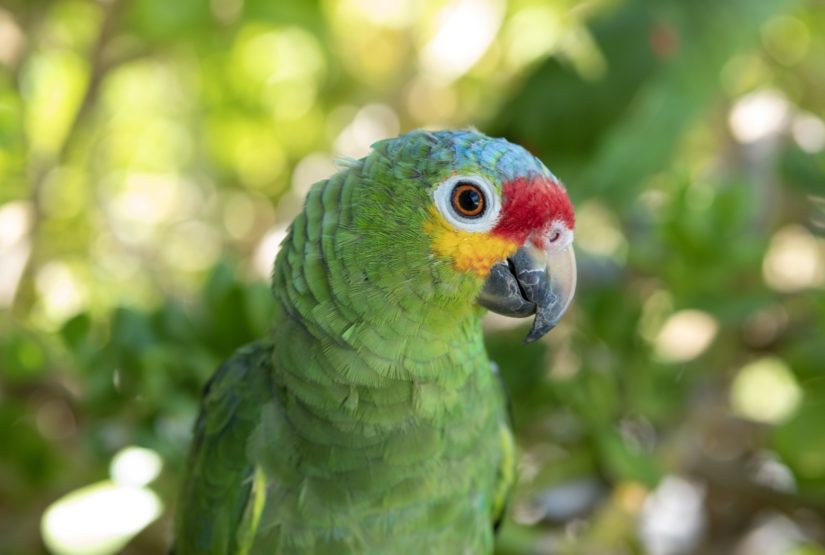 Providing a large cage, tons of toys and a varied, nutritious diet adds up. “Count on spending at least $1,000 a year,” says Naherniak. “That’s not including trips to your avian vet or the repair and replacement costs to things like windowsills, furniture, clothes and electrical cords– damage that will happen.” The lifetime care costs will be in the $50,000 to $100,000 range. 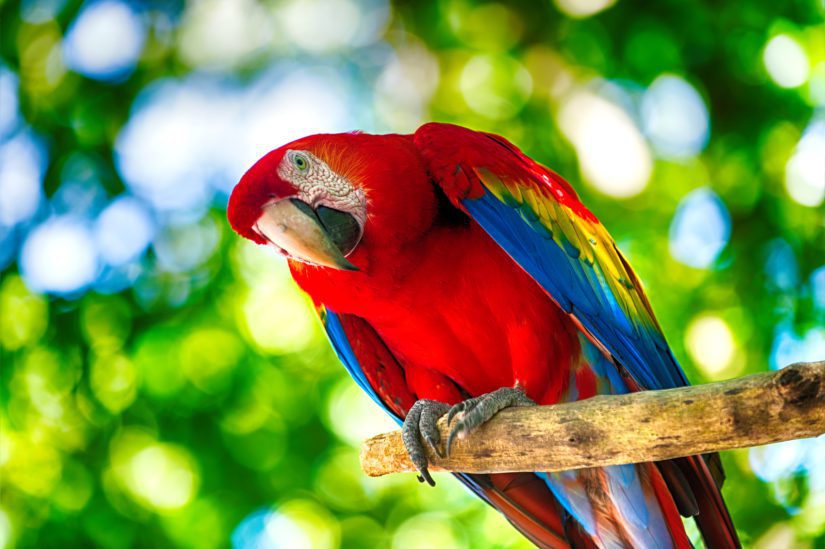 The bottom line? Few people are equipped to care for such high maintenance animals. “Parrots are incredibly complex, sensitive creatures,” says Naherniak. Unfortunately, what makes them so appealing as pets is also what makes them so challenging to live with. “That’s why, on average, parrots end up flipped from home to home at least six times in their lives, causing the bird and the caregivers emotional trauma each time,” he says.

For more information on the BC SPCA’s stance on parrots and other exotic pets, visit spca.bc.ca/exotics.