Pigs are far from 'boaring'! | BC SPCA

Pigs are one of the first animals that come to mind when we think about farm animals. What do you know about pigs? Test your knowledge by reading through these interesting facts about these amazing farm animals! 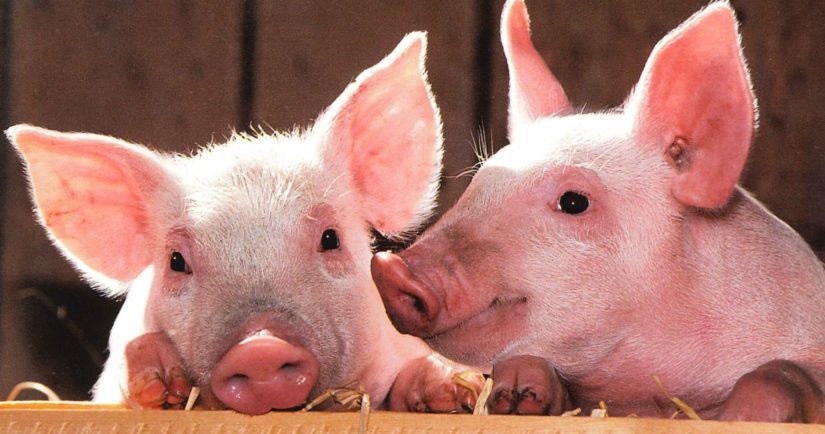 While pigs may not look like the most agile of animals, they can reach speeds of up to 17 kilometers per hour!

Pigs communicate with one another in a wide variety of ways, including through sound. More than 20 vocalizations have been identified, each one conveying a different message such as how they are feeling, or warning signals of danger. Mothers have special calls to let her piglets know it is time to feed, and the piglets learn to recognize their mother’s call.

Pigs are also able to squeal at extraordinary volumes. A pig squeal can be as loud as 115 decibels, which is 3 decibels higher than a jet!

While this is a common phrase, it is not accurate! Pigs do not have sweat glands, meaning they are unable to sweat. Instead, to cool themselves down, pigs enjoy wallowing in mud. 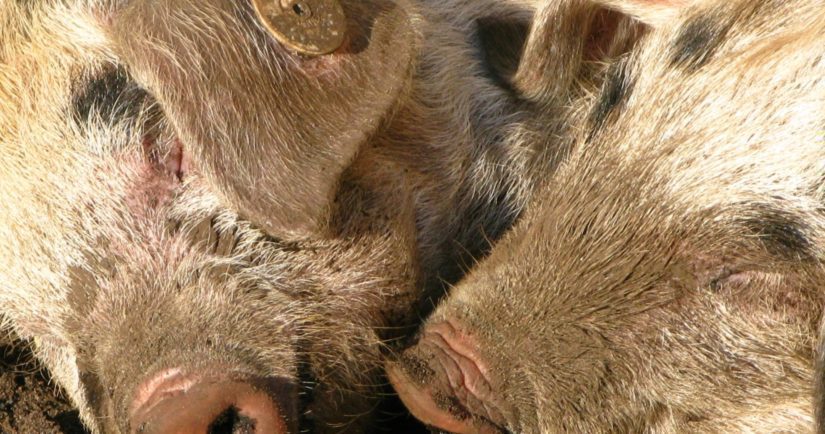 Pigs’ high cognitive ability allows them to play complex games, use tools, learn to recognize their own name, and follow basic commands. Studies have shown that pigs are able to manipulate a joystick in order to move a cursor to a target visible to them on a screen. Scientific research has provided evidence that pigs can use mirrors as a tool to find hidden items such as food that are not directly visible to them.

Pigs prefer to be in groups, and become stressed when they are alone. They form very strong bonds with one another, and even other animals and humans! These friendships can last their lifetime. When kept in groups, pigs can be found snuggling close to one another for comfort and warmth.

A pig’s sense of smell is by far their strongest sense. Pigs use their snout to search for food, and for gathering information during social interactions. Their sense of smell is around 2000 times more sensitive than a human’s.

Swimming is not the first thing that comes to mind when people think of pigs. But in fact in some parts of the world, especially in the Bahamas, pigs have been observed swimming in the sea! 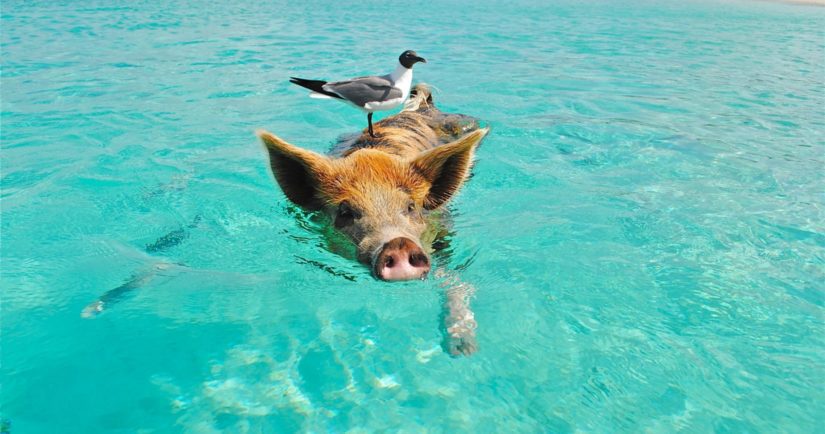 Scientific studies have shown that pigs can remember locations of where food can be found, are able to remember directions to navigate their way home, and can even recognize and remember different humans and other pigs.

As with humans, each pig possesses individual behavioural traits that make up their personality. Some pigs are more rambunctious and curious, whereas others are more laid-back and shy.

Play is a very important part of a piglet’s development, both socially and cognitively. They enjoy playing with toys, chasing each other around and play wrestling. 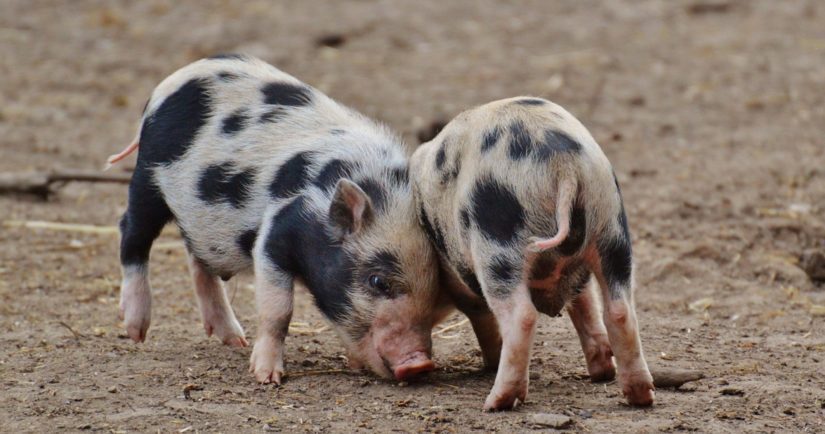 Micro pigs, mini pigs and teacup pigs all refer to pigs bred for their smaller size, and are often bought as pets. However, despite their name, these pigs can still grow up to 100 lbs. Extensive research and consideration needs to be done before adopting a miniature pig. 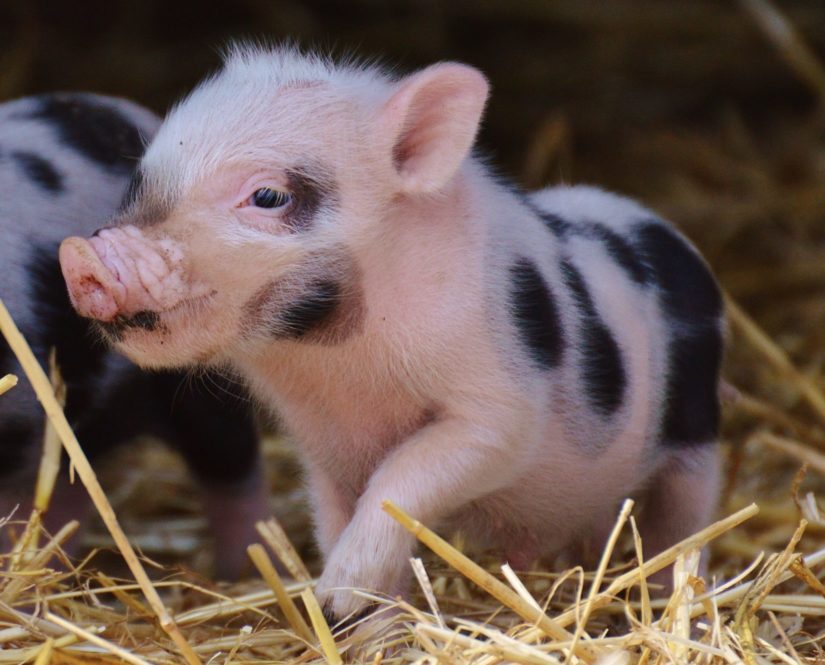