An adult female mallard was recently hit by a car when she was trying to cross the road with her ducklings.

After the unfortunate incident, her ducklings scattered with only one remaining next to her on the road. The driver collected the mallard and single duckling and brought them to the Central Victoria Veterinary Hospital, a 24-hour veterinary hospital that generously accepts wildlife temporarily until transport to BC SPCA’s Wild Animal Rehabilitation Centre (Wild ARC) can be arranged.

“On arrival to Wild ARC, the mother was given a full examination and was assessed as having severe head trauma – her skull was fractured and she was unresponsive,” says Andrea Wallace, manager, wild animal welfare. “Sadly, the most humane option for this mallard mom was euthanasia. This was a difficult decision to make because we knew it meant orphaning her duckling who was only a few days old. We were also concerned for her other ducklings we knew were orphaned and out there alone somewhere.” 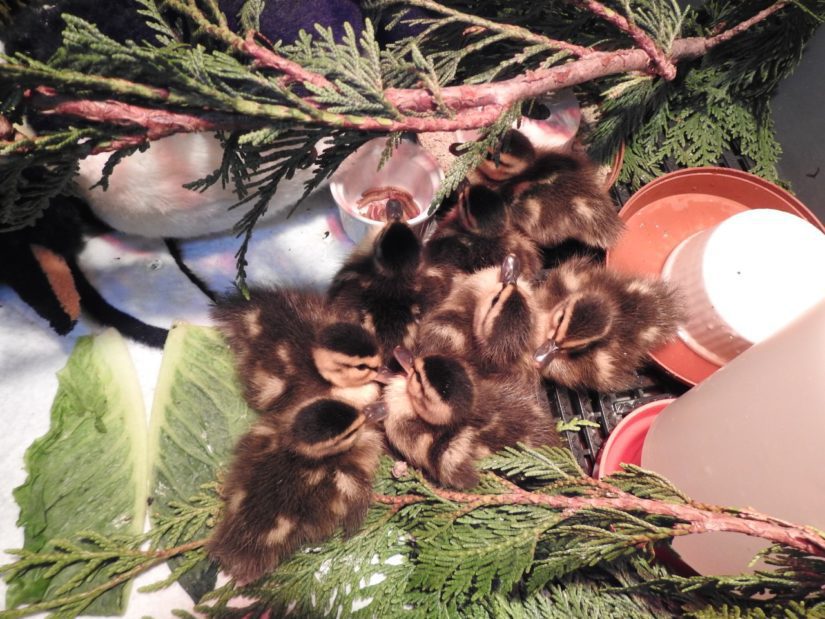 However, some good luck presented itself the next morning when a group of seven ducklings were found wandering alone less than a block away from where mom had been struck. Another kind person collected them and brought them to Wild ARC where they were confirmed as the lost siblings.

At only just over a week old, Wallace says these tiny ducklings will be in care for a few months as they grow and develop the skills they need to live life in the wild on their own. While they won’t have a mom, Wallace assures they will have the best care possible at Wild ARC and will eventually be released together.

“At this time of year, wildlife moms (and dads!) are doing their best to raise their young to be healthy and strong,” says Wallace. “They have a lot to contend with to make sure their babies are safe including finding enough food, avoiding predators, as well as navigating all the human obstacles we put in their wake. Let’s give them a helping hand!”

How to help ducks and geese cross the street

Is it a baby goose or a baby duck?