Cupid is a beautiful eight-year-old kitty with the heart and bravery of a lion. This must be why he thought he was tough enough to take on a bobcat… a fight he did not win. A passerby witnessed the attack and quickly alerted the BC SPCA’s West Kootenay Branch in Castlegar to rescue the badly injured cat.

The SPCA rushed Cupid to an emergency veterinary clinic, where he was treated for multiple bites to the head, causing abscesses and severe damage to his eye. SPCA staff are waiting for the swelling and infections to decrease to get a better look at his eye, although it will most likely have to be removed. 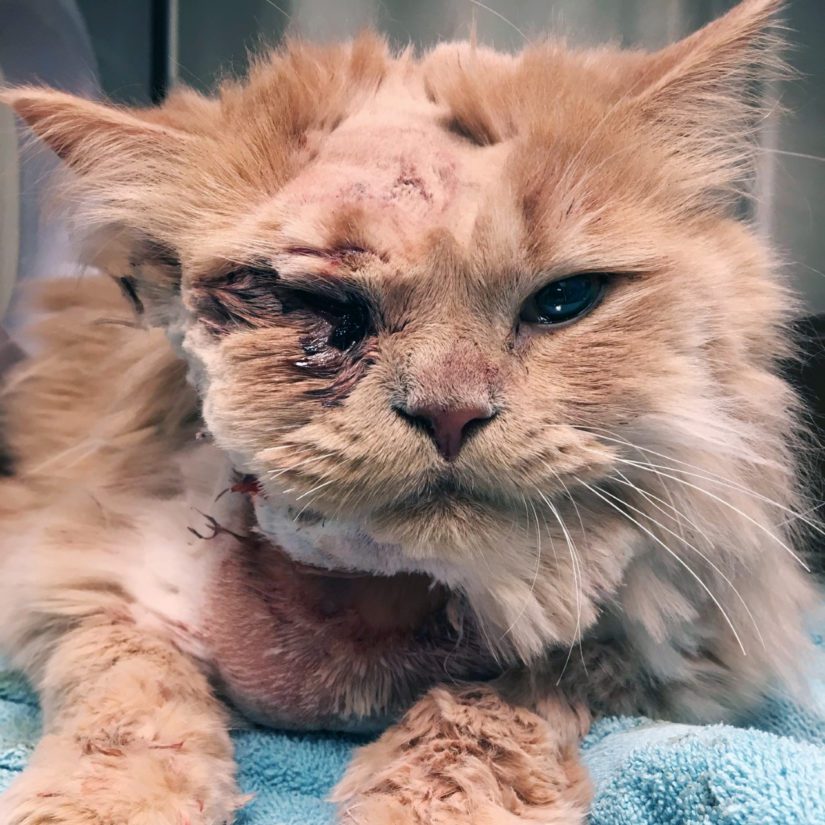 Cupid may seem like a tough guy, but he is a total lover at heart. He’s a roaming stray who was well known to people in a neighbourhood. Once he’s recovered from his terrible ordeal, the SPCA will ensure he finally gets the warm, loving home he deserves.

Cupid’s medical costs are estimated at $2,000. If you can help Cupid and other animals like him, please visit spca.bc.ca/medicalemergency today to donate. All contributions are gratefully received.

Help Cupid & other animals in need

Note: Bobcats are just one of the many dangers that outdoor cats face. Risks like poisons and antifreeze, attacks by other cats, frostbite and car accidents are common. The BC SPCA recommends that cats live indoors, as they have a better and longer life than those who go outside. Cats like Cupid can be kept safe by providing them an enriched indoor environment, supervised outdoor time and leashed walks.